Red root otherwise known as New Jersey tea or by its scientific name Ceanothus americanus is a relatively small shrub with a long history. It is a hardy little plant that grows to a size of between 20 and 40 inches in height; its powerful roots grow very deep allowing it to survive wildfires even when everything else around it perishes.

Its roots and the bark of the root have been used in herbal medicine for centuries owing to its astringent, expectorant, and sedative qualities while it is especially well known for its ability to treat a variety of conditions related to disorders of the lymphatic system. Red root is native to the Eastern part of North America from Canada to Texas and its New Jersey tea moniker dates back as far as the Revolutionary war period when it was drunk as a substitute for expensively imported tea.

Manaseh Cutler explained its use when writing in 1774 that it was the best substitute for tea that the country offered. Its leaves and roots were boiled and dried over a gentle heat then cured before being drunk and had what Cutler described as an agreeable taste resembling oriental teas. These days, the Red root is more commonly available as a tincture and is available online and in some health food stores.

Some Interesting Facts about Red Root

Red Root is a half-hardy shrub that is native to North America. The Ceanothus genus encompasses over fifty species of small trees or shrubs that are distributed throughout North America and as far south as Guatemala. The majority of the species are evergreen, but the eastern species have adapted to cold winters and are deciduous.

The shrubby tree has a smooth bark that produces erect branches, bearing alternate, downy leaves and numerous small, ornamental white flowers that bloom in the summertime. The flowers are followed by fruits (seed vessels), and the entire plant generally reaches a height of five feet. It can be found in dry woodlands, barrens, open plains or sandy, rocky clearings or hillsides, and thrives in well-drained soil in sun. It dislikes alkaline conditions but will tolerate poor dry soils.

The name, Red Root, is derived from the plant’s large, red root, which is the medicinal part, and it is dug and partially harvested in late autumn or early spring when the red color is deepest, and then dried for use in herbal medicines. Red Root is a long, cylindrical, thick, irregularly contorted, and branching root, with both a simple or branched head and knotty tubercles.

Here are some of the benefits of red root.  The Red Root stimulates fluid drainage from congested areas and can help:

Be cautious with red root– It can interfere with anticoagulant medication, as red root acts to improve blood coagulation.

For hundreds of years, Red Root has been used in Russia and North America for the treatment of rheumatism and various skin ailments such as warts, eczema, nasal polyps, and skin cancer. In folk medicine, it is used to treat menstrual hemorrhage, nosebleeds, bleeding piles, hemorrhoids, old ulcers, and capillary ruptures from vomiting or coughing.

Today Red Root is still used because it is recognized by millions worldwide for its amazing red root health benefits.  For instance, the red root is used to treat nosebleeds, heavy menstruation, and hemorrhoids. This herb stimulates lymph and inter-tissue fluid circulation; therefore it can be effective in treating sore throats, enlarged lymph nodes, and for shrinking non-fibrous cysts. It is also an emetic and expectorant and can be used to treat asthma and bronchitis.

Red Root is most effective in soothing headaches and inflammation from blood fats after a heavy, late evening meal. Some say though that Red Root can even help reduce and limit the deposition of dental plaque.

To the taste, Red Root is astringent and bitter but has no odor (although some claim it is peach-like). In Canada, the root has been occasionally used to dye wool a cinnamon color. The leaves are also astringent and slightly bitter and have been used as a substitute for tea, to which they have a strong resemblance when dried, both in taste and fragrance.

Red Root’s common name, Jersey Tea, evolved because the leaves were used as a tea substitute during the American War of Independence. The plant also has a long history of medicinal use.

What Is It Used For…

The Cherokee people of North America used it to treat:

Red Root is a bitter, astringent, cleansing herb that has traditionally been used to support the lymph system. It is said to have a profound, stimulating influence on the lymphatic system, helping to drain the lymph glands, and increasing its ability to carry waste tissue away from infected areas. It has been shown to increase the transport of nutrients from the blood across the capillary cells to the lymph and generally stimulate fluid drainage from congested areas.

As an astringent, Red Root’s tannins act to shrink tissues, and these actions help to reduce abnormal uterine bleeding, nosebleeds, hemorrhoids, and diarrhea. It is said to increase blood clotting, prevent the secretion of fluids, and reduce mild bleeding from broken skin capillaries, which may be of help in cases of varicose veins.

Red root can be utilized effectively to promote overall digestive health and to treat a variety of complaints related to the digestive system. As well as abdominal pain, constipation irritable bowel syndrome, and diarrhea, homeopaths have noted red root’s efficacy in treating painful menstruation.

Red Root is thought to reduce liver congestion. Because it stimulates fluid drainage from congested areas, the herb acts to cleanse the liver, decrease the negative effects of fats in the blood, and tone blood protein. Red Root is also believed to improve circulation to the liver and reduces an enlarged liver.

Break Up and Expel Phlegm from the Lungs

It helps to loosen and expel phlegm from the lungs. It is said to both decreases the thickness, as well as increase the fluidity of mucus in the lungs and bronchial tubes. Because it stimulates fluid drainage from congested areas, it is used to alleviate the discomforts of asthma, chronic bronchitis, whooping cough, consumption, colds, tonsillitis, diphtheria, sinusitis, and other upper respiratory tract illnesses.

Relieve Enlargement of the Spleen

Red Root is said to have a special influence upon the spleen, to which it is a stimulant, and is thought to relieve enlargement of that organ, particularly when caused by “mono” or fever.

It exhibits antispasmodic properties that relax spasms in skeletal muscle or smooth muscle. Further acting as a relaxant, its sedative qualities are thought to help relieve temporary depression.

Red Root is believed to have antibacterial and antiviral properties, and because it contains triterpenes and flavonoids, the herb is said to make the body environment less hospitable to invaders. It has been used for such viral and bacterial conditions as mumps, mononucleosis, and rocky mountain fever, and cat-scratch fevers.

It has also been used in the treatment of tonsil inflammations and sore throats. Its antibacterial and antiviral properties have made it useful in cases of gonorrhea, gleet (a urethral discharge, either of mucus or pus, commonly seen in the form of gonorrheal urethritis), leucorrhoea (a whitish or yellowish vaginal discharge), and syphilis (archaic use).

Pregnant and nursing women should not use Red Root without consulting with a healthcare provider. This herb may interfere with the absorption of iron and other minerals and is best when not taken at the same time.

Those who take blood-thinning medications should consult their physicians before using Red Root. It is important to note that Red Root is NOT Bloodroot (sometimes also called Redroot), which is an entirely different plant (Sanguinaria canadensis) of another species. 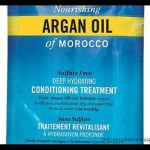 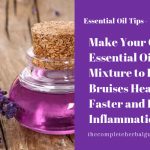