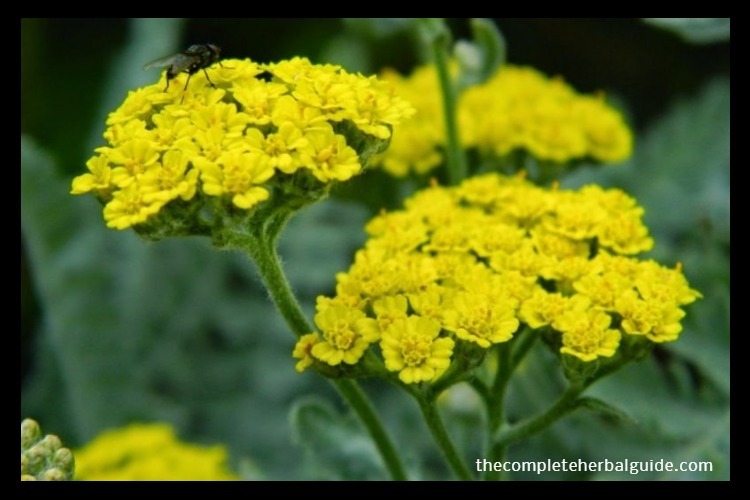 There is another herb that is most frequently called lady’s mantle,  but it is an entirely different plant (Achemilla vulgaris) with different applications.

Yarrow has been used for thousands of years as a healer of wounds, helping to control hemorrhages and infection. The herb is also thought to have a wonderful tonic effect on the gastrointestinal system.  It also helps ease indigestion, flatulence, and dyspepsia and acts as a system purifier that rids the body of toxins through the skin and urinary tract.

Yarrow is also used by herbalists to treat large amounts of fat (lipids) in the blood and high blood pressure.  As an antispasmodic, Yarrow may help to relieve muscle cramps and menstrual cramping.

Yarrow is a hardy, herbaceous, creeping perennial that grows everywhere – in grass meadows, pastures, and by roadsides – in North America, Europe, Asia, and Australia, thriving in well-drained soil in full sun and growing to a height of three feet.

One of the plant’s common names, Milfoil, refers to its “thousand leaves,” which grow alternately on an erect central stem that bears white or pink flower heads with yellow centers.

Yarrow is an extremely potent plant; one small leaf will speed up the decomposition of a wheelbarrow-full of raw compost, and Yarrow’s root secretions will frequently activate the disease-resistance of nearby plants in a garden.  Moreover, it is said to intensify the medicinal actions of other herbs.

As a garden plant

Yarrow is known to attract beneficial insects such as ladybugs; and the leaves, stems, and flowers are used in herbal medicine as an aromatic, cooling, bitter astringent herb with powerful healing qualities.

Since the dawn of man, Yarrow appears to have been used as a healer.  An archæological excavation unearthed a forty- to sixty-thousand-year-old Neanderthal, who carried Yarrow, as well as other herbs, proving its historical value.

Yarrow has long been associated with divination and clairvoyance and was considered “sacred” to the Druids, who used the stems to foretell the weather, and in China, the dried stems were employed to see into the future and acquire wisdom.

Legend also claims that Yarrow grows on the grave of Confucius.  It was even thought to be associated with evil and earned further common names, such as Devil’s Plaything and Bad Man’s Plaything, among others, and was used in casting spells and as a mild sedative.

It is a wonder that Achilles ever had a vulnerable heel at all while using Yarrow!  For centuries, Yarrow has been carried in battle because of it’s magical, as well as medicinal, properties.

In 1653, the great English herbalist, Nicholas Culpeper, recommended Yarrow for its painkilling properties as a “profitable herb in cramps and pain.”  In North America, Native American warriors, including the Utes, used Yarrow to treat cuts and wounds, and the Zunis considered it a remedy for burns.

The Navajo tribes considered it “life medicine,” and chewed it for toothaches, and poured an infusion into ears for earaches.

The Pawnees used the stalk for pain relief; the Chippewas used the leaves for headaches by inhaling it in a steam; and finally, the Cherokees drank Yarrow tea to reduce fever and aid in restful sleep.  Nineteenth-century Shakers, a religious sect, employed Yarrow as a treatment for a variety of ailments, from hemorrhages to flatulence.

Traditional herbalists in Europe, China and India have used Yarrow to stanch the minor bleeding and treat wounds and inflammation (especially in the intestinal and female reproductive tracts); and today, it is mainly used for colds, flu and for its positive effects on the circulatory, digestive and urinary systems.  Some of the constituents (over forty have been isolated) in yarrow include

Stimulating tonic for the digestive tract

Traditionally, the herb was used as a “stomachic” or agent that strengthens the stomach and digestive functions. The presence of the bitter principles, azulenes, and sesquiterpenes, stimulates the production of gastric juices, helping to speed the processing and elimination of foods.

The modern uses of yarrow have been used to improve the appetite and ease of gastrointestinal inflammation, flatulence, dyspepsia, and indigestion.

Moreover, as a digestive tract stimulant, Yarrow encourages bile flow and is thought to balance the function of the liver and has a positive influence on secretions produced throughout the alimentary canal (the mucous-membrane-lined tube of the digestive system, extending from the mouth to the anus, including the pharynx, esophagus, stomach, and intestines).

Purify and remove toxins from the body

As a diuretic, the herb promotes the release of toxic wastes (including uric acid) through increased urine flow, which is also helpful in cases of many urinary problems.  As a strong, soothing diaphoretic, Yarrow naturally increases the body’s temperature, opens skin pores, and stimulates free perspiration, thereby increasing the elimination of toxins through the skin.

By inducing sweat, the herb also helps to lower fever, which is particularly useful for feverish illnesses, especially colds, flu, and measles.  Yarrow helps to purify the blood of morbid waste material, which must be eliminated in sickness, and Yarrow’s tonic action is most invigorating and will greatly assist nature’s own measures to remove congestion and disease.

It is thought to lower blood pressure, help hypertension and protect against thrombosis after a stroke or heart attack.  It is also said to relax peripheral blood vessels and be good for thrombotic conditions, whereby a blood clot blocks a blood vessel or is formed in a heart cavity.  Yarrow is believed to reduce large amounts of elevated blood fats (lipids), thereby potentially further helping to ease high blood pressure.

Yarrow has been used to help ease the discomforts of rheumatism, gout, and arthritis, and provide relief for menstrual pain and headache.

Modern research confirms the historical use of Yarrow as a pain reliever for many conditions.

These compounds stop the formation of enzymes for chemical reactions that cause inflammation and pain.

An agent that controls or stops the flow of blood.  It has been used internally to stop bleeding and control hemorrhaging from the lungs and the bowels, among other applications.

Externally, the herb has been a reliable remedy for healing wounds and arresting the blood flow from shaving cuts, nosebleeds, etc.

Because it is believed to be so effective and quick when used in this manner, it is always wise to clean a cut first (before applying Yarrow), as the herb may begin the healing process while the dirt and infection are still within the wound.  Of course, all deep or infected wounds should be treated by a doctor.

Antibiotic and antibacterial qualities appeared to kill many kinds of bacteria found on human skin and destroyed the pain-causing infection.

Yarrow makes an excellent tonic lotion for oily skin (with eruptions), inflamed eyes, ulcers, and wounds, and is a fine addition to a relaxing bath and steam facial.

Pregnant or nursing women should not use Yarrow Herbal Supplement, as it is a uterine stimulant, nor should women with heavy periods or pelvic inflammatory disease. Continued or long-term use of Yarrow may cause skin irritation and/or allergic reactions.

If so, discontinue its use. Those who suffer from allergies to members of the daisy (Compositae) family (ragweed, asters, sunflowers, etc.) should consult a doctor before using this product.  Yarrow may produce photosensitivity.

If using Yarrow as a wound healer to treat open wounds, be sure to clean the affected area first, as the herb can stop blood flow so quickly that it may seal in the dirt or other contaminants.

People with gallstones should avoid its use.  Yarrow may cause severe allergic skin rashes when applied topically. 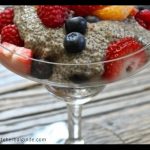 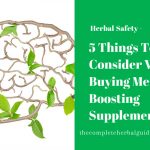