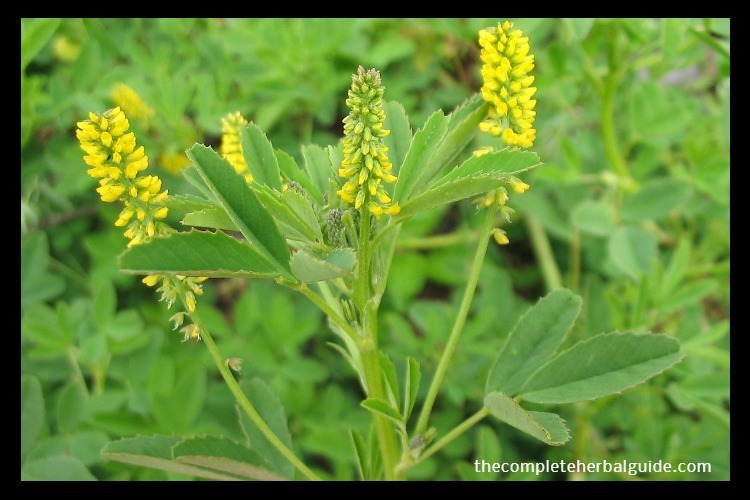 Melilot is considered a natural anticoagulant  (its main active constituent is coumarin!) with blood thinning properties that may be very helpful as a venous tonic, improving the flow of blood through the veins to the heart and may thus relieve varicose veins and swollen legs. Melilot also helps to clear congestion, reduce retained fluid and ease aching and painful joints.

Melilot is a biennial or perennial herb with smooth, erect, multibranched stems, bearing serrate leaflets and sweet-smelling, white or light yellow flowers that grow in towering spikes to a height of five feet.

The tender plant is a native of Europe (Melilotus officinalis, or Yellow Sweet Clover) and has been naturalized in North America (Melilotus vulgaris, or White Sweet Clover), where it has been widely cultivated as a valuable feed crop for animals.  The two species may be used interchangeably. Melilot may be found on roadsides and in fields; waste places and chalky banks in well-drained-to-dry, the neutral-to-alkaline soil in sun and is drought tolerant.

The plant’s botanical name, Melilotus, is derived from two Latin words, mel, meaning “honey” and lotus, meaning the “lotus flower,”  referring to the great sweetness of the plant and the fact that it is such a great favorite of bees.  Melilot has been used medicinally for thousands of years.

Ancient Egyptians used it to treat intestinal worms and earache, and the second-century physician, Galen, prescribed it in poultices for the relief of inflammations and swollen joints.  In Anglo-Saxon England, Melilot was made into a salve for wounds and sores, a remedy that may still be found in rural British areas as “Melilot plasters.”  Horses, cattle (and bees) love the tender and aromatic Melilot, and it is highly regarded as a fodder.  Interestingly, however, in the 1920s, farmers began to store Melilot as animal feed, but because it was not thoroughly dried, it fermented and produced a coumarin compound, which not only gives the plant its sweet vanilla taste but also becomes a potent anticoagulant and blood-thinning agent (as evidenced by hemorrhaging in the herds, which was, subsequently, remedied by thorough drying of the clover). The whole plant has a sweet vanilla fragrance that intensifies as the plant is dried, and when not fermented, it is a valuable addition to animal diets and is now widely respected commercially for that purpose.

Additional commercial uses for Melilot include its addition to Gruyere cheese and a green Swiss cheese called Schabzieger. It is also used to flavor marinades and rabbit stews, and it makes a fine and refreshing tea that is not only pleasant to drink but is also said to relieve flatulence and alleviate congestion of the lymph system. Melilot’s most important constituent is the chrystalline coumarin compound and its related compounds (melilotic acid, orthocoumaric acid, hydrocoumaric acid, melilotic anhydride), flavonoids, glycoside (meliotoside), dicoumarol and lactone (a fragrant oil); and the flowers and aerial parts of the plant are used in herbal medicine. 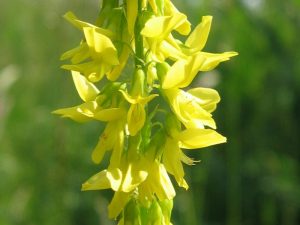 Melilot contains coumarins, and when the plant is fermented, it produces dicoumarol, a potent anticoagulant. It is said to be a good venous tonic that increases the blood flow through the veins to the heart and has been used in cases of painful, swollen veins of the legs that are associated with poor venous return or raised abdominal pressure (as in obesity, pregnancy or persistent constipation). Melilot is believed to also help alleviate varicose veins, blood clots, phlebitis and thrombotic conditions.

Melilot is an aromatic herb that has been used as a soothing digestive aid and has been thought to be particularly effective in cases of flatulence. Supporting healthy digestive health, Melilot is also said to relieve colic, indigestion and stomach problems.

As a diuretic, Melilot promotes the flow of urine, and as such, it helps to relieve excess fluid retention and edema (the accumulation of fluid in tissues that results in swelling).

Melilot is also believed to be a mild sedative herb that relieves temporary palpitations, sleeplessness, spasms, anxiety and the pain of tension headaches, earaches, and neuralgia.

As an expectorant, Melilot helps to loosen and expel phlegm from the lungs, and it is said to be helpful in cases of bronchitis.

Used externally, Melilot has been effective in poultices for inflammations and wounds, particularly in delicate parts of the body, i.e., eyes. It is also said to have emollient and soothing properties that help to reduce inflammation and ease painful swollen joints, severe bruising, arthritis and rheumatic pain. It is also believed to be effective in drawing out toxins and is therefore useful for boils and other skin problems.

Pregnant and nursing women should not use Melilot. People who use prescription blood thinners (warfarin, Coumadin, aspirin, etc.) or those with any blood-clotting problem should not use Melilot. For those individuals who take prescription medications, it is wise to consult a healthcare provider before using this herb, as there may be interactions with other drugs. Overuse (many times the recommended dosage) may induce vomiting and other symptoms of poisoning. 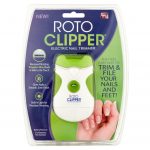 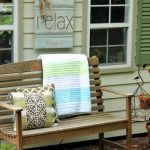 12 Ideas For Healing Gardens That Bring Comfort and Peace