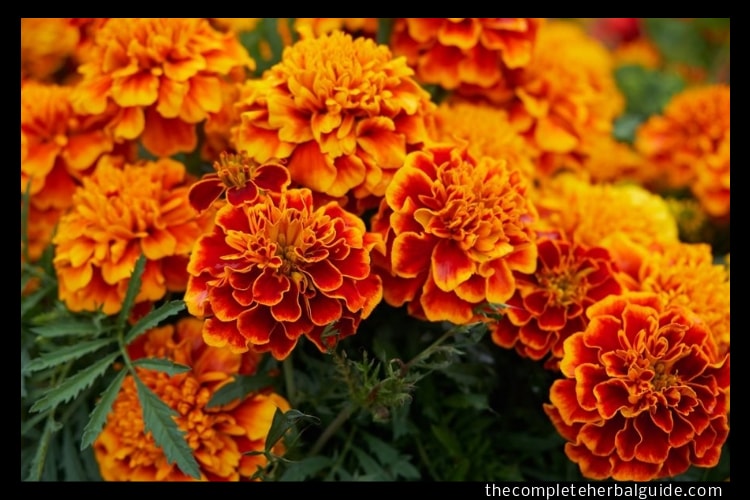 Marigold has many medicinal uses.  Its anti-inflammatory and antiseptic qualities have been used for centuries to ease skin infections, ulcerations, bowel problems, hemorrhoids, and varicose veins.  The herb is also said to reduce fever and treat indigestion, as well as help gallbladder and liver problems. This plant is widely used in cosmetics for its toning and soothing effects.

In this article, you’ll learn and discover the medicinal uses for Marigold.

Marigold, also called Calendula, is an annual or biennial aromatic that is native to the Mediterranean countries, where it was used in early Arabic cultures and in ancient Greece and Rome as a medicinal herb, as well as a colorant for fabrics and an ingredient in food and cosmetics.

The ornamental plants bear orange or yellow flowers with dense petals and are widely grown in gardens in North America and Europe for their beauty, and the flowers are also extensively cultivated for use in herbal medicine throughout Latin America and Eastern Europe.

The name Marigold refers to the Virgin Mary since Marigolds were traditionally used in Catholic celebrations concerning the mother of Jesus.  The plants received its botanical name, Calendula, from the Romans, who noted the fact that the plants bloomed on the first days or “calends” of every month.

The Calendula/Marigold was used medicinally in ancient Rome to treat scorpion bites and heal wounds, among many other applications.

Some of the constituents in this flower are essential oil, acids, carotenoid, phytosterols, calcium, vitamins C and E, saponins, flavonoids (which account for much of its anti-inflammatory activity), polysaccharides, resin, and mucilage.

Marigold as an antibacterial

Marigold has a long history as a superior antibacterial when used internally and externally and has been used to heal many skin irritations, wounds, and injuries, including eczema, herpes, gingivitis, varicose veins, and athlete’s foot.

It is thought to be similar to Witch Hazel, due to its natural iodine content, and may be used as a local application to heal all types of skin problems.

Some consider Marigold to be the best tissue healer for wounds, and old herbal doctors believed that constant applications of Marigold would help or even prevent gangrene or tetanus.

Marigold as a diaphoretic and febrifuge

Marigold is often used to induce perspiration and break a fever.

Marigold as an anti-inflammatory

Marigold/Calendula is a powerful anti-inflammatory and painkilling agent that is thought to reduce inflammation of the bowel.

It reduces the general tension that can promote bowel problems, relaxing the nervous constriction of the digestive muscles which will help bowel function.

Marigold for yeast and digestive problems

The herb is thought to prevent the overgrowth of yeast in the bowel and also has beneficial effects on colitis, diverticulitis, and inflammatory pelvic disease.

As an antispasmodic and effective painkiller, Marigold is an old-time remedy for menstrual cramps and for quelling the pain of an angry ulcer.

Marigold is often used to soothe the digestive tract. German studies have demonstrated that Marigold prevents the hormonal reactions that produce swelling and inflammation in the stomach lining, specifically by acting on the inflammatory prostaglandin (PGE) and also has a strong bactericidal effect that may counteract infection with Helicobacter pylori, a bacterium associated with both gastritis and peptic ulcers.

As cholagogues, Calendula/Marigold increases the flow of bile into the intestines and is thus thought to help the gallbladder and the liver, making it useful in the treatment of hepatitis. This action further helps to promote good digestion.

When taken internally, Marigold soothes and heals the tender mucous membranes and tissues within the body, improving the colon, stomach, liver, and gums after operations.  When used externally, the herb provides the same soothing effects on mucous membranes that will support the skin and connective tissues.

It is thought that Marigold will support good heart health, as some recent studies indicate that the herb may reduce blood pressure.

Europeans use Marigold in numerous medicinal compounds and cosmetics.  It is said to enhance the production of collagen in the skin and fill in facial wrinkles, tone tender skin, treat sunburn and insect bites, and protect babies’ sensitive skin (particularly when used for diaper rash). 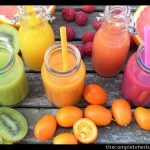