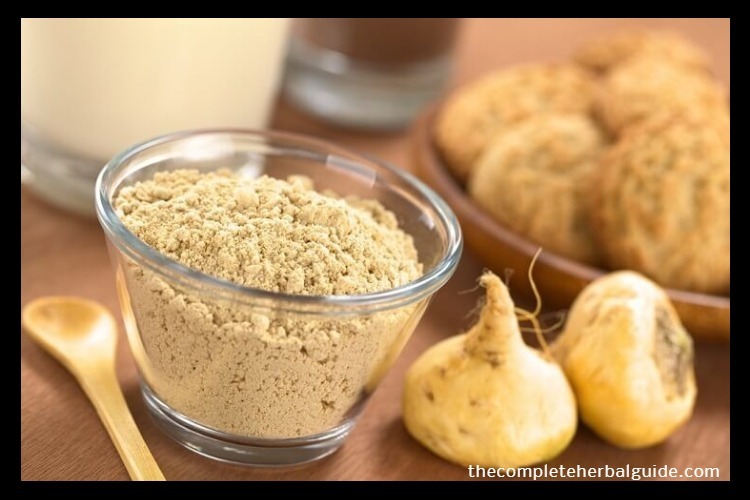 Hailed as Peruvian Ginseng, Maca Root has been used for centuries to increase vitality, promote libido, fertility, and sexual performance, and stamina.  It is also used to relieve the symptoms of menopause and premenstrual syndrome (PMS), as well as enhance energy and strength during athletic performance. Like other cruciferous members of the cabbage family, Maca Root is credited with possessing immuno-stimulating qualities that help to build the body’s defenses against invasive infection and serious disease.

Maca is a biennial or perennial plant that is native to the very high parts of the Andes Mountains, at altitudes from eight thousand to almost fifteen thousand feet, in an inhospitable region of intense sunlight, violent winds, and below-freezing temperatures.

Maca Root is a low-growing, mat-like stem system that produces inconspicuous, scalloped leaves and off-white flowers. Despite the poor, rocky soil and extreme temperatures, the large, radish-like root vegetable has managed to flourish over the centuries.

The root is usually off-white to yellow in color (although purple and black exist), and the smaller, less fibrous type is preferred and common in Peruvian markets as a highly nutritious vegetable. It is also highly valued in herbal medicine.

Maca Root was domesticated during the pre-Inca, Arcaicia Period sometime around 3800 B.C., with primitive cultivars of Maca being found in archaeological sites dating back to 1600 B.C.  It continued to be cultivated by the Incas centuries ago as a valuable nutritious dietary staple and medicinal commodity. The indigenous people used it for centuries to enhance fertility in humans and animals.  Soon after the Spanish conquest of South America, the Spaniards found that their livestock was reproducing poorly in the highlands, and the local tribes recommended Maca.

So remarkable were the results that the Spanish chroniclers wrote in-depth reports, saying that it improved the reproductive health of their horse, and in another report from 1549, the Spanish encomendero, de Soto Mayor, was given Maca Root as a tribute, which he used to improve the fertility of livestock in Castille. It was considered so valuable that in 1572, the Chinchaycochas Indians used Maca for bartering, and colonial records indicate that tribute was demanded in the form of nine tons of Maca.

For the Andean Indians today, Maca Root is still a valuable commodity that is frequently traded with communities at lower elevations for rice, corn, green vegetables, and beans. It is also an important staple in the diets of the indigenous peoples because it has the highest nutritional value of any food crop grown in the region.

The root (which has a tangy, sweet taste and aroma like butterscotch) is rich in sugars, protein, starches, and essential nutrients (especially iodine and iron), and the roots are often considered a treat when baked in the same manner as a sweet potato. Maca Root may be stored for long periods and is used in porridges, jams, puddings, sodas, and even a sweet, fragrant, fermented drink called maca chichi.

There has been much scientific research since the 1960s into the improved fertility, reproductive and energy-boosting qualities of Maca and varied reports from G. Chacon (1990), R. Chacon (1961) and A. Mendrano (1993) claim that Maca has increased fertility in rats, cows, and guinea pigs. A. Medrano also noted that Maca increased seminal fluid volume, sperm motility, and sperm count in rams and litter size and weights of guinea pigs were increased from 45% to 73%.

The species, L. meyenii, was first described by Gerhard Walpers in 1843, and it has been suggested by botanists that the cultivated species of today may be a newer species found in Peru, L. peruvianum, (both are used interchangeably), and because of Maca’s popularity as an aphrodisiac and energy enhancer, cultivation has boomed to meet the demand in the United States and abroad.

There is much current research into the effects of Maca Root with respect to building immunity to invasive infection. Researchers at Johns Hopkins University found that the protein (called nrf2) spurs cells to produce enzymes that detoxify harmful substances, and members of the Brassicaceae family are known to contain this helpful chemical.

Maca Root is believed to help sexual performance and act as an aphrodisiac that boosts libido in both men and women. Chemical research has demonstrated that Maca Root contains a chemical called p-methoxybenzyl isothiocyanate, which has reputed aphrodisiac properties. Because Maca is thought to balance hormonal activity, it is believed to be useful in cases of sterility and other reproductive and sexual disorders.

In men, it is believed to treat male impotence and erectile dysfunction and may, in fact, increase seminal volume and sperm motility. There are also claims that Maca especially enhances sexual performance and endurance. The April 2000, issue of Urology reported that the sexual performance claims made by those who used Maca were consistent with the legendary reports coming from Peru. In women, it is said to increase libido, perk up a low sex drive, and may, because of the herb’s glucosinolate content, enhance fertility.

Menopausal women and those who suffer menstrual difficulties may be helped with the use of Maca. It is believed to promote healthy estrogen and progesterone levels. Research has shown that Maca Root contains no plant hormones, but its action relies on plant sterols, which act as chemical triggers to help the body produce a higher level of hormones appropriate to the age and gender of the person taking it. Clinical case studies have shown that Maca can help relieve the discomforts of premenstrual syndrome (PMS) and menopausal symptoms.  New York-based Dr. Viana Muller introduced Maca to medical doctors practicing CAM (Complimentary Alternative Medicine) at the Anti-Ageing Medical Conference in 1997 and noted that Maca Root had been used successfully by Peruvians to regulate hormonal imbalances, menstrual irregularities, fertility, and menopausal symptoms, including hot flashes, vaginal dryness, osteoporosis, loss of energy and libido and temporary depression in women.

Maca Root is believed to increase energy and stamina and boost endurance in athletes. It is also thought to help in cases of chronic fatigue syndrome and to restore lost vitality and vigor.

Moreover, it may help to enhance memory and promote mental clarity. In the past, Spanish chroniclers described Inca warriors who consumed boiled Maca Root before battle to increase their strength, as well as using it to bolster their reserves for endurance activities. Today, it is still employed as a fatigue-fighter and general tonic to counter lethargy, memory loss, and other disorders resulting from depleted energy stores.

Maca Root is highly nutritious. It is the highest source of nutrients growing in the Andean region and is rich in sugars, protein, vitamins, essential nutrients (especially iodine and iron), and carbohydrates that resemble healthy cereal grains.

Maca has been used to reduce thyroidal symptoms. If one has hypothyroidism, it is most likely caused by a hormonal imbalance, because the thyroid gland does not produce enough thyroid hormones. This tends to slow down the body’s functions and can lead to many physical disorders. The chemical element, iodine, is a major component of thyroid hormones and a deficiency of this element is a leading cause of hypothyroidism; consequently, the high iodine content and hormone-balancing properties in Maca may be responsible for its use in improving this condition.

Maca Root is also considered beneficial in cases of anemia. The herb’s high iron content may be the reason it is used for this purpose.

The phytochemical contents in Maca are said to boost the immune system, helping to strengthen the body’s fight against foreign, harmful substances that may try to invade it.

Maca Root is thought to be an adaptogen or agent that helps to balance bodily systems and normalize bodily functions during stressful situations that might alter those functions, helping the body to adapt and return to an overall sense of well-being. There are current studies claiming that the glucosinolates found in Maca Root may help to combat serious invasive infection; they are the substances that are also found in other members of the Brassicaceae family (including broccoli, cabbage, cauliflower, and other cruciferous vegetables) and are said to be particularly effective in building the body’s defenses against serious malignant illnesses. 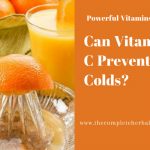 Powerful Vitamins – Can You Prevent a Cold With Vitamin C? 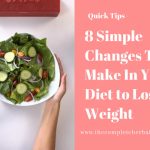 Is she faking it? How to know if your partner is being Honest in Bed? 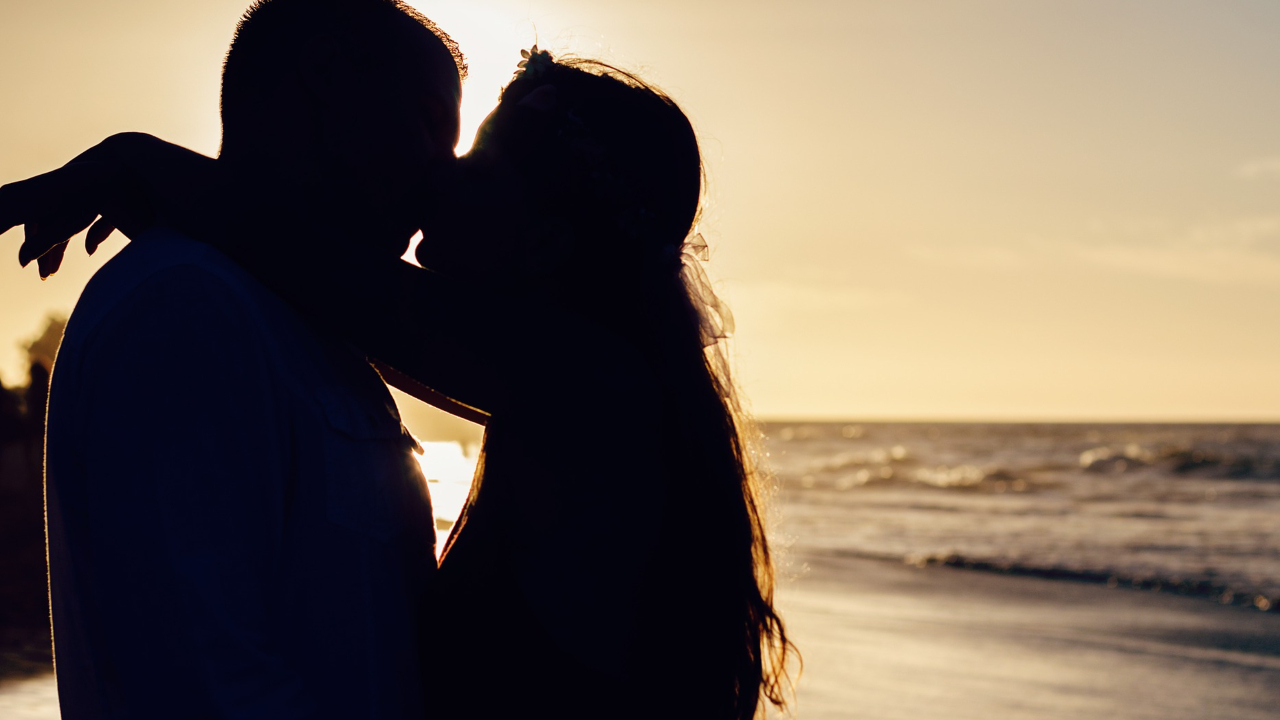 10 Ways To Fix a Sexless Marriage – Rekindle The Flame