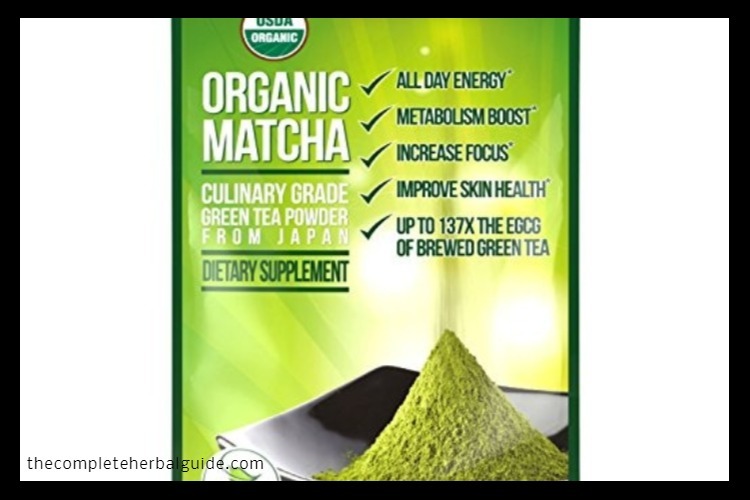 All true tea comes from the tea plant “Camellia Sinensis”, a shrub native to Southern China. Green tea is known as the “healthiest” form of tea due to its lack of processing, resulting in extremely high nutrient levels. Matcha green tea originated in Japan, and because the entire leaf is ingested in powder form, it is the most potent green tea in the world.

The Benefits of Kiss Me Organics Matcha

Kiss Me Organics Matcha stores a wealth of natural antioxidants and polyphenols. A research study assessing the antioxidant power of matcha tea has revealed that as compared to other green teas matcha has the highest amount of epigallocatechin gallate (EGCG), an extremely healthful component with numerous benefits. These antioxidants seek out for oxygen free radicals and neutralize their harmful effects thereby, protecting the body from the occurrence of disorders or inflammations associated with oxidative stress.

You may have already heard that not all antioxidants are created equal. Green tea contains a specific set of organic compounds known as catechins. Among antioxidants, catechins are the most potent and beneficial. One specific catechin called epigallocatechin gallate (EGCG) makes up 60% of the catechins in Matcha Green Tea. Out of all the antioxidants, EGCg is the most widely recognized for its cancer-fighting properties. Scientists have found that Matcha Green Tea contains over 100 times more EGCG than any other tea on the market.

Another valuable action exerted by epigallocatechin gallate (EGCG) present in matcha is the maintenance of cardiovascular health. The richness of this component in Kiss Me Organics Matcha makes it a potent powder. Matcha keeps cholesterol levels low. A research study has suggested that EGCG helps in reducing the accumulation of lipids and promotes autophagy in the vascular endothelial cells.

Kiss Me Organics Matcha contains a healthy form of caffeine not to be mistaken with the one present in the regular coffee. This unique form caffeine known as theophylline sustains the energy levels without any adverse effects. The slow release of energy due to theophylline helps in supporting the functionality of adrenal glands and maintains optimum hormonal levels.

During the last three weeks before tea leaves are harvested to be made into Matcha, Camellia sinensis are covered to deprive them of sunlight. This causes a tremendous increase in chlorophyll production in the new growth of these plants. The resulting high levels of chlorophyll in Matcha Green Tea not only give this tea its beautiful vibrant green color. Matcha is also a powerful detoxifier capable of naturally removing heavy metals and chemical toxins from the body.

These alpha waves encourage relaxation and induce a profound feeling of mental clarity and an alert state of mind just as is imparted by the yoga techniques. A study conducted on theanine suggests that theanine acts as a neurotransmitter, which exerts a calming effect on the brain without causing any drowsiness.

This soothing effect [provided by matcha helped the Buddhist monks in maintaining deep concentration during their meditation sessions and was the main reason behind its popularity. Another study has revealed the anti-stress effects of theanine present in matcha, which assists in reducing the physiological and psychological stress responses by inhibiting the neuron excitation.

Kiss Me Organics Matcha is useful for treating gastrointestinal disorders. A research study conducted in this field has revealed that consumption of matcha stimulates fecal excretion and helps the body to get rid of harmful chemicals and toxins.

Matcha assists in the prevention of cancer attributed to the presence of epigallocatechin gallate (EGCG) which has chemopreventive properties. Multiple studies have shown that polyphenols present in matcha tea prevent the proliferation of malignant cancerous cells, promote induction of apoptosis, and assists in reducing the risk of developing various cancers including bladder cancer and colorectal cancer. EGCG exerts inhibitory activities and works against the progression of human breast and prostate tumors as well.

Apart from healthy gains, matcha is widely popular as an ingredient in a range of food items. Matcha is used to add flavor to a variety of western-style confectionary items including chocolates, cakes, candies, cookies and green tea ice creams. Recently, a number of famous cafes in North America and around have introduced matcha-based drinks such as smoothies, milkshakes, lattes and alcoholic beverages. 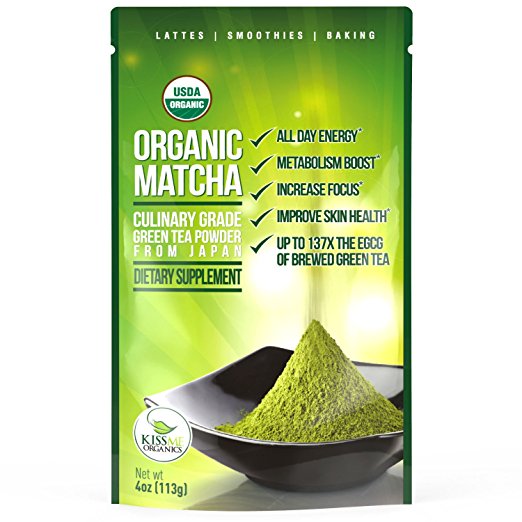 Fortunately, unlike a lot of other teas which require sugar, milk, or lemon to make them palatable to the average consumer, Matcha is absolutely wonderful all by itself. Its crisp vegetative notes are complemented by the savory taste of the L-Theanine amino acid making Matcha a tea that is truly unique in every way.

It came quickly, packaged well and when I tried it, I was impressed by how well it worked.  I’ve tasted other matcha tea powders in the past, but I must say I liked this one the best.  It tasted purer than the other ones I have tried.  I was impressed with Kiss Me Organics Matcha Green Tea Powder and I would recommend it to others.  I will continue to buy Kiss Me Organics Matcha Green Tea Powder 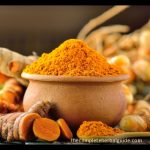 Turmeric: The golden spice of long life and vitality 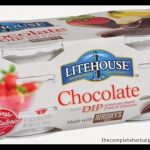 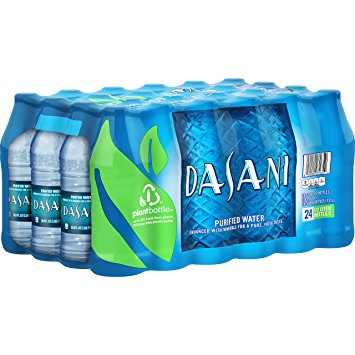 Where Does Dasani Water Come From? I Was Shocked To Find Out. 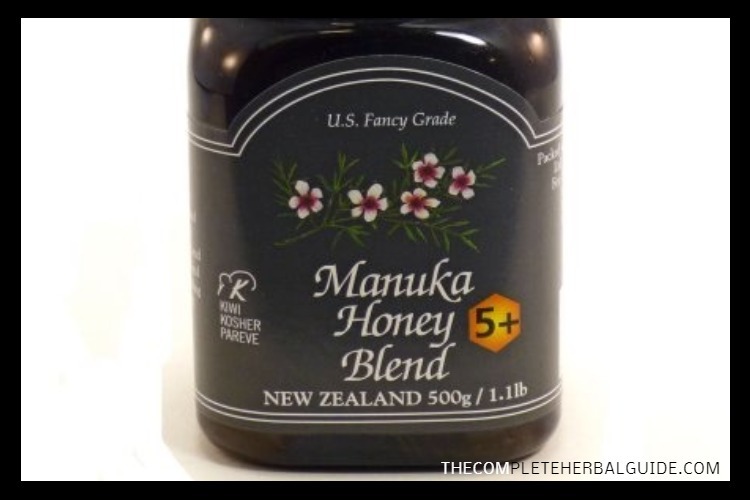 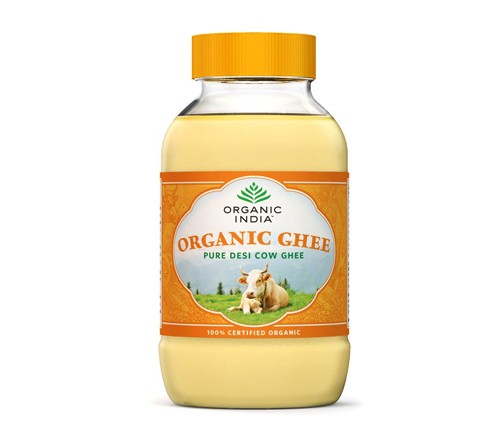