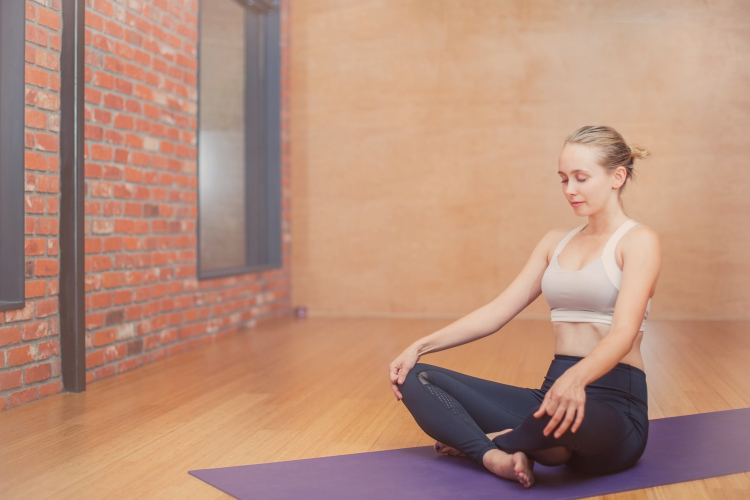 Most of us experience stress in our day to day life. It has become one of the biggest problems for us; more dangerous than cancer! Stress is adversely affecting everything; our working capacity, relations, physical and mental health. Stress has become one of the important factors in reducing our lifespan. Let us explore how Yoga and some of the natural Yogic ways can help us reduce stress.

What is stress exactly?

Stress is defined as the state of mental or emotional strain or tension resulting from adverse or demanding circumstances. Stress is basically a physiological and psychological response to an event that upsets our personal balance in some way.

When one experiences a threat, physically or emotionally; the body’s defenses start working for the rapid response to that threat; known as fight or flight response.

How stress changes your body?

Many changes take place in our bodies in this process. When the threat is sensed, a small part of the brain called the hypothalamus sets off a chemical alarm, and the stress hormone is secreted. It makes the person ready for the response to the threat. The response can be of fight or flight.

During this process, all the energy in the body is used for reducing the reaction time for the response. At the same time, body processes not essential for immediate survival; such as the digestive system or reproductive system slow down.

This happens when a physical threat is there. Nowadays, most of the people experience the threat to emotional balance, rather than a physical one. There are many reasons for this; such as small things like an argument with a friend or family member, monthly bills, traffic jams, etc.; or big things like an accident, death of a loved one, etc. These are the main causes of stress.

The problem with the stress response is that the more it is activated, it becomes harder to shut off. Instead of leveling once the threat is passed; the stress hormones, heart rate, blood pressure remain elevated.

Moreover, extended or repeated activation of stress response affects physical health adversely. It increases the risk of everything right from heart disease, obesity, depression, memory problems, etc. It has a strong impact on our physical, as well as mental health. Here are some of the effects of stress, according to this study

Effects on the body

Eating more or less, too much or too little sleep, using alcohol, cigarettes or drugs to relax, nervous habits like nail-biting, overdoing activities (exercise or shopping, etc.)

In this way, stress has serious effects on our health in all aspects. Therefore, it is very important to manage stress and deal with it in a more positive way and reduce its impact on our lives.

How to reduce stress using Yoga?

There are many ways to deal with stress. But, our rich culture gives us a simple and cost-effective way! And that way is Yoga. Yoga is useful for us in many ways and is also a very effective stress-buster.

If all the causes of stress are observed carefully, the common thing among them is a disturbance. The threat may be physical or emotional, it disturbs the stability of mind which is the basic cause of stress.

For example, when you throw a stone in the still water of a lake, its stability is lost and is regained after some time. Similarly, when a threat is experienced, the stability of the mind is disturbed. And it leads to stress if the threat is major, or repeated.

Yoga helps in increasing stability, as well as the strength of the mind; which is beneficial in dealing with stress.

The eight steps of Yoga

The eight steps of Yoga are; the codes of self-regulation (Yama), practices of self-training (Niyama), postures (Āsana), expansion of breath and prāņa (Prāņāyāma), withdrawal of the senses (Pratyāhāra), concentration (Dhāraņā), meditation (Dhyāna), and perfected concentration (Samādhī).

Non-injury (Ahimsa), truthfulness (Satya), abstention from theft (Asteya), walking in awareness of highest reality (Brahmacharya), and non-possessiveness with the senses (Aparigraha) are the five Yamas; or codes of self-restraint.

The purity of body and mind (Śauca), an attitude of satisfaction (Santoşa), training of the senses (Tapa), self-study or recitation of Vedas (Swādhyāya), and subjection to the will of God (Ĩśwarapraņidhāna); are the five Niyamas or practices of self-training.

A steady and comfortable posture of body and mind is called Āsana.

Once the perfect posture is achieved, the controlled movements of inhalation and exhalation are called breath control and expansion of Prāņa (Pranayama).

When the contact between five sense organs and their five objects is ceased, they start following the mind field; and acquire the form of the mind. It is called as Pratyāhāra.

The process of holding or fixing the attention of the mind unto an object is called concentration (Dhāraņā).

The uninterrupted stream of the object in the mind, on which it is concentrated, for a long period of time, is called meditation (Dhyāna).

When only the essence of that object on which the mind is concentrated, appears before the mind; and the appearance is devoid of its form, then that state is called deep concentration (Samādhī).

When only the essence of that object on which the mind is concentrated, appears before the mind; and the appearance is devoid of its form, then that state is called deep concentration (Samādhī).

The stress response and relaxing signals travel through the body along a particular path. There are some switch -like structures along this path, which are located in the neck.

Every time one holds a posture, the logical brain is activated. Also, the movements involved in the postures cause the relaxation signals to turn on. This ‘stress circuit’ gets trained when these postures are practiced regularly for a longer period of time. This helps in the reduction of stress.

Which Āsanas will help in reducing stress?

With this, the Bhagavad Gītā uses the word ‘Yoga’ in many different ways. In the second chapter of Gītā, Lord Krishna has explained the state of ‘Sthitaprajňa’; the calm or stable person. (Gītā- 2.54 to 2.72). He is the person free from all the mental conflicts, and unaffected by whatever happens around him. That is the highest degree of calmness and a stress-free mind.

Gītā gives some different definitions of Yoga such as, समत्त्वं योग उच्यते | (samattvaṃ yoga ucyate) which means the feeling of equality between accomplishment and non-accomplishment of any action is known as Yoga.

This feeling reduces the stress when the action is not accomplished; as well as it keeps stable at the time of accomplishment of the action.

This makes one perform any action with maximum possible perfection, which needs concentration, thereby reducing the stress.

Hence, any kind of Yoga is an effective stress-releaser. The Yogic way of life is considered to be the best way in our culture. So, be a Yogi, stay fit, and stay happy!

ReSanskrit is an initiative to bring forth the tremendous and useful knowledge Sanskrit literature has in a beautiful and modern format. Started as an Instagram channel in 2016, ReSanskrit enjoys a sizeable fan following and is known for its gorgeous designs, finely curated content and its Sanskrit focused merchandise. more on resanskrit.com. 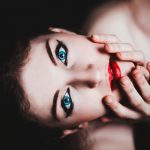 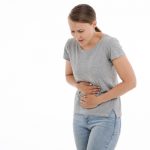