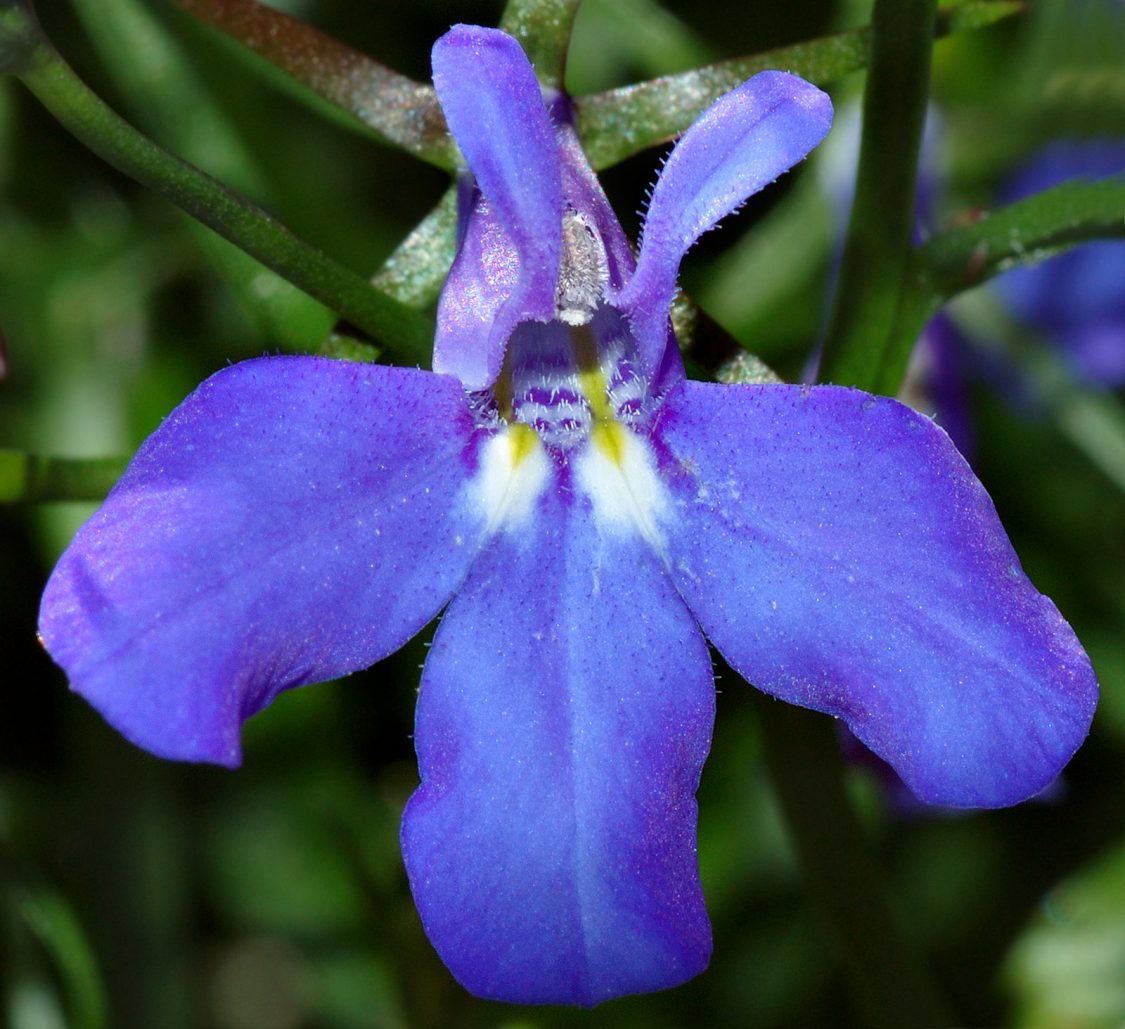 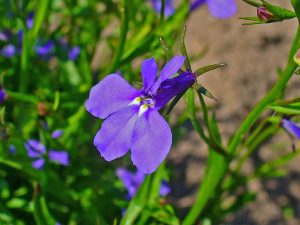 Lobelia is an old and controversial herb with an interesting past as a “cure-all” and a bright future. Recent experiments have claimed that the herb may be helpful to smokers who wish to “quit the habit” and have tried all other remedies without success. It is believed to make the taste of nicotine repulsive. At the same time, Lobelia is also supposed to calm the nerves and relax the muscles of the body. Many people say it even helps to ease mild depression.

Lobelia is a very common weed that is indigenous to North America and grows wild throughout the United States in pastures, meadows, and cultivated fields. It is a short-lived annual or biennial that has erect, angular, hairy stems with a milky sap and bears light serrate leaves with numerous small, blue-violet flowers that grow in a spike-like fashion. Lobelia thrives in rich, moist, slightly acid soil in full sun or partial shade and reaches a height of three feet.

Although very pretty when growing in the wild, it is highly controversial and should be handled only by qualified health care practitioners, as it can be very harmful if eaten. All the aerial parts of the plant (above ground) are used in herbal medicine. The plant has a disagreeable odor and a burning taste (somewhat like an acrid tobacco) and will cause a flow of saliva.

Lobelia was named after the botanist, Matthias de Lobel, a native of Lille, who died in London in 1616. However, the discovery of Lobelia is credited to Samuel Thomson (1769-1843), a pioneer herbalist and founder of Physiomedicalism, and the herb was the mainstay of his Botanic Family Physician in 1831.

It was reported to treat bronchitis, laryngitis, asthma and convulsive and inflammatory disorders, such as epilepsy, tetanus, diphtheria, and tonsillitis. He was prosecuted, but not found guilty, for misuse of the herb in 1809. Long before that time, however, Lobelia was widely used by Native Americans who smoked its leaves to relieve asthma and other lung ailments, thus giving rise to the herb’s common name, Indian tobacco.

The Penobscot Indians of New England also used it for bronchial complaints, and the Meskwaki tribe secretly included its finely ground roots in the food eaten by quarreling couples to make the pair fall in love again. The Iroquois used the herb to treat syphilis, and by the early 1800s, English physicians adopted the Iroquois’ cure, but it was not really effective and was soon dropped.

It was theorized that the plant failed to effect a cure, possibly because the Native Americans used it in combination with other herbs, or because the vitality of the plant was lost after it was dried. Today, Lobelia is an ingredient in some cough medicines (supporting its historical use as an expectorant in folk medicine) and is also found in some over-the-counter preparations marketed to break the smoking habit.

Some of the constituents included in Lobelia are the piperidine alkaloids, lobeline, (first isolated by Proctor in 1838) and isolobeline, lobelia acid, gum, resin, chlorophyll, essential oil, lignin, salts of lime and potassium, ferric oxide, manganese, and vitamins A and C.

Lobelia has been used for centuries as an expectorant that promotes the expulsion of phlegm from the lungs and is believed to be helpful in cases of asthma, bronchitis, whooping cough and pleurisy. As a relaxant and antispasmodic, Lobelia is said to relax smooth muscle and has thus been useful in easing muscle tension and convulsions and calming the nerves.

It has also been thought to relieve mild depression, hyperactivity and possibly even induce a state of euphoria. In times past, the herb was commonly employed in midwifery to alleviate rigidity of the pelvic musculature and as a sedative to relax women preparing for childbirth.

Lobelia is considered a diaphoretic that promotes perspiration and helps to lower fever and cool the body (also ridding the body of toxins through the skin). This action may also be beneficial in cases of colds and flu. Used externally, Lobelia is believed to reduce inflammation and pain and is often used in poultices for bruises, sprains, ringworm, poison ivy irritation, skin diseases, poisonous stings, insect bites, whiplash, rheumatism, tennis elbow, boils, and ulcers. Lobelia is a highly controversial herb, but current evidence suggests that it may aid smokers to “quit the habit,” as it produces similar effects as the nicotine in tobacco and is thought to make the taste of tobacco repulsive.

As an emetic, Lobelia will induce nausea and vomiting. This acrid herb is also said to stimulate respiration and was once used to stimulate the respiration of newborn infants. When overused, however, it will cause vomiting, drowsiness, weakened pulse, and respiratory failure, and great care should be exercised with its use. It is recommended that Lobelia always is used in consultation with a health care provider.

Used externally (and best with slippery elm and soap), Lobelia will bring abscesses and boils to a head. 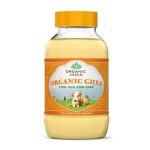 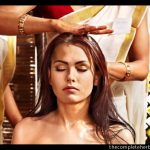 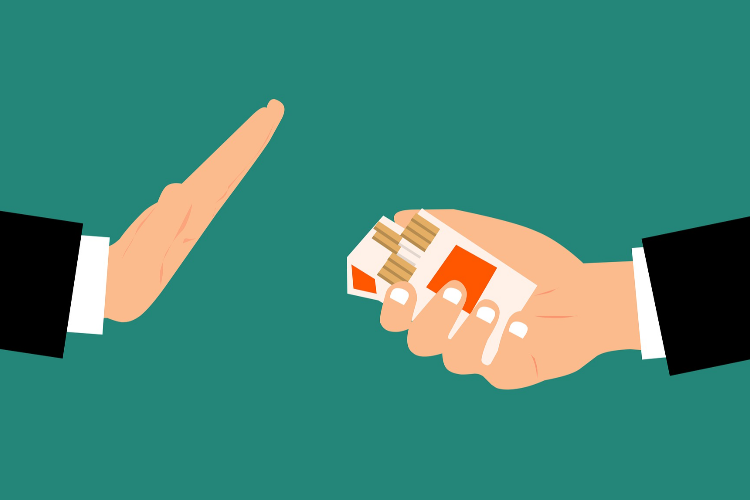