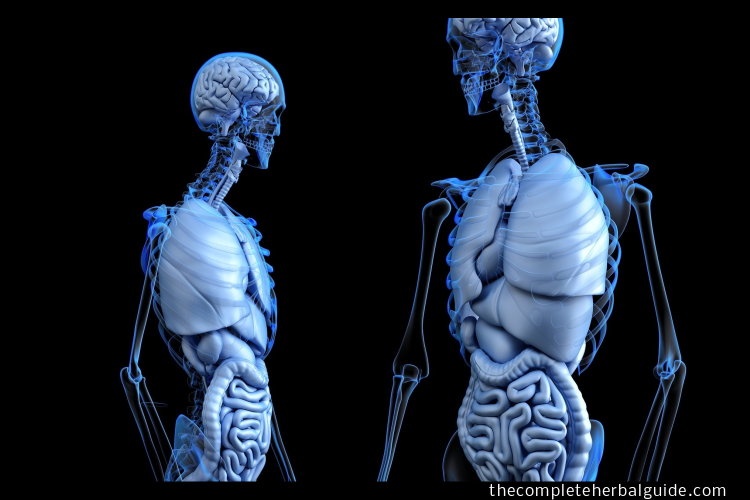 Your digestive system is uniquely constructed to perform its specialized function of turning food into the energy you need to survive and packaging the residue for waste disposal. To help you understand how the many parts of the digestive system work together, here is an overview of the structure and function of this complex system.

The mouth is the beginning of the digestive tract; and, in fact, digestion starts here when taking the first bite of food. Chewing breaks the food into pieces that are more easily digested, while saliva mixes with food to begin the process of breaking it down into a form your body can absorb and use.

Located in your throat near your trachea (windpipe), the esophagus receives food from your mouth when you swallow. By means of a series of muscular contractions called peristalsis, the esophagus delivers food to your stomach.

The stomach is a muscular, hollow, dilated part of the digestive system which functions as an important organ of the digestive tract in some animals, including vertebrates, echinoderms, insects (mid-gut), and molluscs.

It is involved in the second phase of digestion, following mastication (chewing). In most vertebrates, the stomach is located between the esophagus and the small intestine. It secretes protein-digesting enzymes called proteases and strong acids to aid in food digestion, (sent to it via esophageal peristalsis) through smooth muscular contortions (called segmentation) before sending partially digested food (chyme) to the small intestines.

Made up of three segments – the duodenum, jejunum, and ileum – the small intestine is a 22-foot long muscular tube that breaks down food using enzymes released by the pancreas and bile from the liver. Peristalsis also is at work in this organ, moving food through and mixing it with digestive secretions from the pancreas and liver. The duodenum is largely responsible for the continuous breaking-down process, with the jejunum and ileum mainly responsible for absorption of nutrients into the bloodstream.

The pancreas is a glandular organ in the digestive system and endocrine system of vertebrates.

In humans, it is located in the abdominal cavity behind the stomach. It is an endocrine gland producing several important hormones, including insulin, glucagon, somatostatin, and pancreatic polypeptide which circulate in the blood.

The pancreas is also a digestive organ, secreting pancreatic juice containing digestive enzymes that assist digestion and absorption of nutrients in the small intestine.

These enzymes help to further break down the carbohydrates, proteins, and lipids in the chyme.

The liver is a vital organ of vertebrates and some other animals. In the human, it is located in the upper right quadrant of the abdomen, below the diaphragm. The liver has a wide range of functions, including detoxification of various metabolites, protein synthesis, and the production of biochemicals necessary for digestion.

There is currently no way to compensate for the absence of liver function in the long term, although liver dialysis techniques can be used in the short term. The liver is a gland and plays a major role in metabolism with numerous functions in the human body, including regulation of glycogen storage, decomposition of red blood cells, plasma protein synthesis, hormone production, and detoxification.

It is an accessory digestive gland and produces bile, an alkaline compound which aids in digestion via the emulsification of lipids. The liver’s highly specialized tissue consisting of mostly hepatocytes regulates a wide variety of high-volume biochemical reactions, including the synthesis and breakdown of small and complex molecules, many of which are necessary for normal vital functions.

Estimates regarding the organ’s total number of functions vary, but textbooks generally cite it being around 500. Terminology related to the liver often starts in hepar- or hepat- from the Greek word for liver, hpar (_, root hepat-, _-).

In vertebrates, the gallbladder (gall bladder, biliary vesicle or cholecyst), is a small organ where bile is stored before it is released into the small intestine. Humans can live without a gallbladder. The surgical removal of the gallbladder is called a cholecystectomy.

The colon is a 6-foot long muscular tube that connects the small intestine to the rectum. The large intestine is made up of the cecum, the ascending (right) colon, the transverse (across) colon, the descending (left) colon, and the sigmoid colon, which connects to the rectum. The appendix is a small tube attached to the cecum. The large intestine is a highly specialized organ that is responsible for processing waste so that emptying the bowels is easy and convenient.

Stool, or waste left over from the digestive process, is passed through the colon by means of peristalsis, first in a liquid state and ultimately in a solid form. As stool passes through the colon, water is removed.

The stool is stored in the sigmoid (S-shaped) colon until a “mass movement” empties it into the rectum once or twice a day. It normally takes about 36 hours for stool to get through the colon. The stool itself is mostly food debris and bacteria.

These bacteria perform several useful functions, such as synthesizing various vitamins, processing waste products, and food particles, and protecting against harmful bacteria. When the descending colon becomes full of stool, or feces, it empties its contents into the rectum to begin the process of elimination.

The transverse colon is the longest and most movable part of the colon. It crosses the abdomen from the ascending colon at the hepatic or right colic flexure with a downward convexity to the descending colon where it curves sharply on itself beneath the lower end of the spleen forming the splenic or left colic flexure.

In its course, it describes an arch, the concavity of which is directed backward and a little upward. Toward its splenic end, there is often an abrupt U-shaped curve which may descend lower than the main curve.

It is almost completely invested by peritoneum and is connected to the inferior border of the pancreas by a large and wide duplicature of that membrane, the transverse mesocolon.

The ascending colon is the part of the colon located between the cecum and the transverse colon.

The ascending colon is smaller in caliber than the cecum from where it starts. It passes upward, opposite the colic valve, to the under surface of the right lobe of the liver, on the right of the gall-bladder, where it is lodged in a shallow depression, the colic impression; here it bends abruptly forward and to the left, forming the right colic flexure (hepatic) where it becomes the transverse colon.

It is retained in contact with the posterior wall of the abdomen by the peritoneum, which covers its anterior surface and sides, its posterior surface being connected by loose areolar tissue with the iliacus, quadratus lumborum, aponeurotic origin of transversus abdominis, and with the front of the lower and lateral part of the right kidney.

Sometimes the peritoneum completely invests it and forms a distinct but narrow mesocolon. It is in relation, in front, with the convolutions of the ileum and the abdominal walls.

The jejunum is the second part of the small intestine in humans and most higher vertebrates, including mammals, reptiles, and birds. The jejunum lies between the duodenum and the ileum.

The jejunum is considered to begin at the attachment of the suspensory muscle of the duodenum to the duodenum, a location called the duodenojejunal flexure. The division between the jejunum and ileum is not anatomically distinct. In adult humans, the small intestine is usually between 6-7m long, about two-fifths of which is the jejunum.

The ileum is the final section of the small intestine in most higher vertebrates, including mammals, reptiles, and birds.

In fish, the divisions of the small intestine are not as clear and the terms posterior intestine or distal intestine may be used instead of the ileum.

The ileum follows the duodenum and jejunum and is separated from the cecum by the ileocecal valve (ICV).

In humans, the ileum is about 24 m long, and the pH is usually between 7 and 8 (neutral or slightly alkaline).

The ileum is derived from the Greek word eilein, meaning “to twist up tightly.”

The rectum (from the Latin rectum intestinum, meaning straight intestine) is the final straight portion of the large intestine in some mammals and the gut in others.

The human rectum is about 12 centimeters (4.7 in) long, and begins at the rectosigmoid junction (the end of the sigmoid colon), at the level of the third sacral vertebra or the sacral promontory depending upon what definition is used. Its caliber is similar to that of the sigmoid colon at its commencement, but it is dilated near its termination, forming the rectal ampulla.

The anus is surrounded by sphincter muscles that are important in allowing control of stool. The pelvic floor muscle creates an angle between the rectum and the anus that stops stool from coming out when it is not supposed to. The internal sphincter is always tight, except when stool enters the rectum.

It keeps us continent when we are asleep or otherwise unaware of the presence of stool. When we get an urge to go to the bathroom, we rely on our external sphincter to hold the stool until reaching a toilet, where it then relaxes to release the contents. 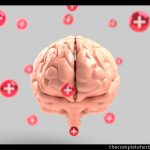 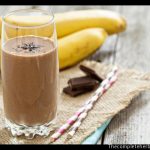 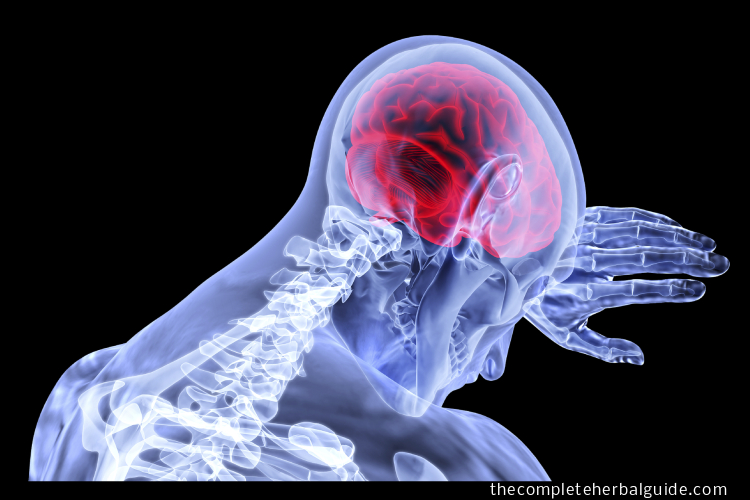 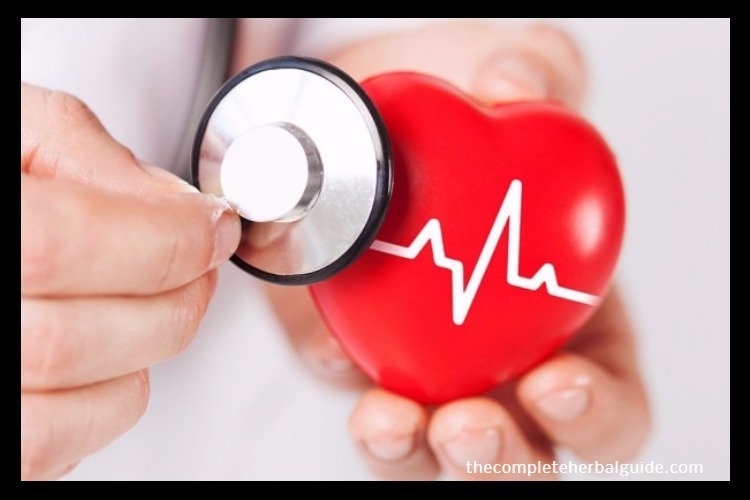