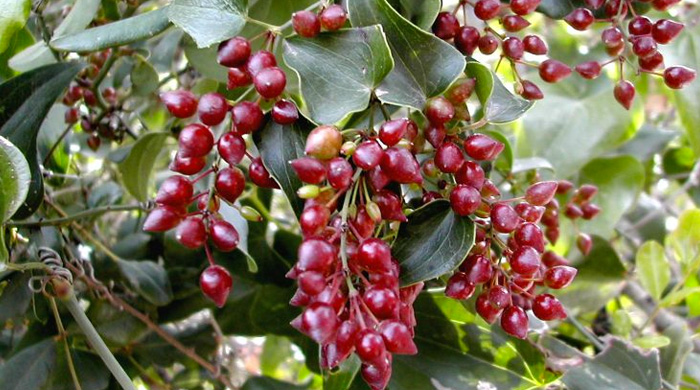 Sarsaparilla has long been used as a blood purifier and tonic that boosts stamina and energy. Although there is no definitive evidence, many body-builders strongly maintain that Sarsaparilla (or Smilax) helps to build muscle mass, while avoiding the harmful side effects of anabolic steroids. Sarsaparilla is considered a fine tonic herb, an antibacterial and anti-inflammatory, and the herb may even act as an aphrodisiac.  Perhaps this is the reason that the “Good Guys” of the Old West, who disdained whiskey in favor of Sarsaparilla, always seemed to have that extra edge.

Sarsaparilla is a woody, perennial, climbing vine, native to the rain forests of Central and South America, Jamaica and Caribbean regions, and grows in other temperate zones such as Southeast Asia and Australia.  The root is long and tuberous and supports a ground-trailing evergreen vine that may reach fifty feet in length, and the fragrance of the root (which has been used for centuries in herbal medicine) is spicy-sweet and it has a pleasant taste.  Sarsaparilla contains vitamins A, B-complex, C and D. Also the minerals iron, manganese, sodium, silicon, sulfur, copper, zinc, and iodine. It contains the amino acids methionine and cysteine.

It also contains diogenin, a saprogen that in turn contains the female hormone progesterone and the male hormone testosterone. Sarsaparilla helps strengthen the nerve fibers and tissues of the brain, spinal cord, lungs, and throat. It is especially good for removing heavy metallic contaminants from the blood, which are received through the nostrils in the foul, smog-filled air of urban areas. Sarsaparilla root, which contains testosterone, will help hair grow again.

The indigenous tribes of Central and South America used Sarsaparilla for centuries for sexual impotence, rheumatism, skin ailments and as a tonic for physical weakness.  New World traders of the 1400s and 1500s soon discovered and adopted the herb and introduced it into European society, where physicians there considered it a fine tonic, blood purifier, diuretic and diaphoretic, as well as a strong remedy for syphilis and other sexually transmitted diseases. Since that time, Sarsaparilla has gained popularity for its medicinal effects, and it became registered as an official herb in the United States Pharmacopoeia as a treatment for syphilis from 1820 to 1910.  Some of the constituents included in Sarsaparilla are beta-sitosterol, starch, fatty acids, calcium, cetyl-alcohol, chromium, cobalt, glucose, iron, magnesium, manganese, phosphorus, potassium, resin, saponin, silicon, sitosterol-d glucoside, tin, zinc, B-vitamins and vitamins A, C, and D.

Sarsaparilla is considered to be a fine tonic and blood purifier that is said to attack and neutralize toxins (including environmental poisons) in the blood. In addition, the herb also promotes urination and sweating; and that action is believed to further rid the body of toxins through bodily secretions. It also helps to cool the body and break intermittent fevers.

As an antibacterial, Sarsaparilla has been used internally and externally to counteract infections of all kinds. Internally, the herb is said to attack microbial substances in the blood and counteract urinary tract infections. It was used for centuries as a treatment for syphilis, gonorrhea, and other sexually transmitted diseases, being officially listed in both the United States Pharmacopoeia and the United States Dispensatory for those ailments. Externally, it is said to treat psoriasis, leprosy, boils, abscesses, skin diseases, wounds, and eczema. Conventional medicine recognized Sarsaparilla’s value in treating skin conditions in the 1940s when The New England Journal of Medicine officially praised it for treating psoriasis.

Sarsaparilla is an anti-inflammatory that is believed to ease rheumatism, arthritis and other inflammatory conditions. Because of its diuretic properties, the stimulation of urine production increases the excretion of uric acid, which also helps to relieve gout; and although it does not relieve acute cases of gout, its use may prevent attacks when taken over a period of weeks or months.

There is much mystique and controversy surrounding Sarsaparilla’s hormonal properties in both men and women.  In men, the herb is said to stimulate the production of natural hormones (testosterone), which may help to restore both sexual interest and erectile function.  This action is different from many other male aphrodisiacs that act by increasing blood to the penis, which also carries the risk of creating high blood pressure.  In women, hormonal production is also said to be encouraged, which may not only boost diminished sex drive but may also help to alleviate the Symptoms of menopause.

Bodybuilders claim that the natural steroidal glycosides in Sarsaparilla help to build muscle mass while avoiding the harmful side effects of anabolic steroids, although there are no clinical results to prove this.  Additionally, they maintain that use of the herb boosts energy and stamina, and eases the inflammatory conditions brought about by strenuous exercise.

Sarsaparilla is said to be a fine tonic and “alterative,” an agent that may favorably alter an unhealthy condition of the body with the tendency to restore normal bodily function. The herb is also thought to help keep the glandular system in balance.

Pregnant and nursing women should avoid Sarsaparilla. Large amounts of Sarsaparilla (many times the recommended dosage) may cause gastrointestinal irritation, and if that occurs, dosage should be reduced or stopped. People who take blood-thinning medications (Coumadin, etc.) should not use Sarsaparilla, and other prescription medication should not be taken at the same time as Sarsaparilla, because the medicine may be absorbed or excreted more rapidly.  According to the German Commission E monograph, Sarsaparilla may cause stomach irritation and temporary kidney irritation. In general, it is recommended that people who take prescription drugs regularly should avoid its use. Men with prostate disorders should not use it, since it may increase testosterone production. 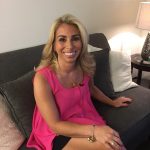