Stinging nettle (Urtica dioica and the closely related Urtica urens) has a long medicinal history. In medieval Europe, it was used as a diuretic (to rid the body of excess water) and to treat joint pain.   Stinging nettle has fine hairs on the leaves and stems that contain irritating chemicals, which are released when the plant comes in contact with the skin. The hairs, or spines, of the stinging nettle are normally very painful to the touch. When they come into contact with a painful area of the body, however, they can actually decrease the original pain. Scientists think nettle does this by reducing levels of inflammatory chemicals in the body, and by interfering with the way the body transmits pain signals.

Stinging nettle has been used for hundreds of years to treat painful muscles and joints, eczema, arthritis, gout, and anemia. Today, many people use it to treat urinary problems during the early stages of an enlarged prostate (called benign prostatic hyperplasia or BPH), for urinary tract infections, for hay fever (allergic rhinitis), or in compresses or creams for treating joint pain, sprains and strains, tendonitis, and insect bites.

Stinging nettle root is used widely in Europe to treat BPH. Studies in people suggest that stinging nettle, in combination with other herbs (especially saw palmetto), may be effective at relieving symptoms, such as reduced urinary flow, incomplete emptying of the bladder, post urination dripping, and the constant urge to urinate.

These symptoms are caused by the enlarged prostate gland pressing on the urethra (the tube that empties urine from the bladder). Laboratory studies have shown stinging nettle to be comparable to finasteride (a medication commonly prescribed for BPH) in slowing the growth of certain prostate cells. However, unlike finasteride, the herb does not decrease prostate size. Scientists aren’t sure why nettle root reduces symptoms. It may be because it contains chemicals that affect hormones (including testosterone and estrogen), or because it acts directly on prostate cells. It is important to work with a doctor to treat BPH, and to make sure you have a proper diagnosis to rule out prostate cancer.

The leaves and stems of nettle have been used historically to treat arthritis and for sore muscles. Studies have been small and not conclusive, but they do suggest that some people find relief from joint pain by applying nettle leaf topically to the painful area. A few other studies show that taking an oral extract of stinging nettle, along with nonsteroidal anti-inflammatory drugs (NSAIDs), allowed people to reduce their NSAID dose.

One preliminary human study suggested that nettle capsules helped reduce sneezing and itching in people with hay fever. Researchers think that may be due to nettle’s ability to reduce the amount of histamine the body produces in response to an allergen. More studies are needed to confirm nettle’s antihistamine properties, however. Some doctors recommend taking a freeze dried preparation of stinging nettle well before hay fever season starts.

Some preliminary animal studies indicate that nettle may lower blood sugar and blood pressure, but there is not enough evidence to say whether this is also true in humans.

Stinging nettle is the name given to common nettle, garden nettle, and hybrids of these 2 plants. Originally from the colder regions of northern Europe and Asia, this herbaceous shrub grows all over the world today. Stinging nettle grows well in nitrogen rich soil, blooms between June and September, and usually reaches 2 – 4 feet high.   Stems are upright and rigid. The leaves are heart shaped, finely toothed, and tapered at the ends, and flowers are yellow or pink. The entire plant is covered with tiny stiff hairs, mostly on the underside of the leaves and stem, that release stinging chemicals when touched.

What’s It Made Of?

Stinging nettle products are usually made from the leaves and stems, and sometimes the roots. Root preparations are used to relieve symptoms of BPH.

Stinging nettle is available as dried leaf, freeze dried leaf, extract, capsules, tablets, and as root tincture (a solution of the herb in alcohol), juice or tea. It also comes in the form of an ointment or cream to be put on the skin. The root appears to have different pharmacological effects than the leaves.

How to Take It

Pediatric Although available in many combination formulas to treat colds, asthma, and allergies in children, a specific safe and effective dose for children has not yet been established. Talk to your doctor before giving stinging nettle to a child, so the doctor can determine the proper dose.   Adult Stinging nettle is used in many forms, including as teas, tinctures, fluid extracts, and creams. The freeze dried leaf capsule is very popular among male physicians.

The use of herbs is a time honored approach to strengthening the body and treating disease. Herbs, however, can trigger side effects and can interact with other herbs, supplements, or medications. For these reasons, you should take herbs with care, under the supervision of a health care provider.   Stinging nettle is generally considered safe when used as directed. Occasional side effects include mild stomach upset, fluid retention, sweating, diarrhea, and hives or rash (mainly from topical use).

It is important to be careful when handling the nettle plant because touching it can cause an allergic rash. Stinging nettle should never be applied to an open wound.   Because nettle can alter the menstrual cycle and may contribute to miscarriage, pregnant women should not use nettle.   Do not self-treat with nettle for BPH. See your doctor to receive a diagnosis and to rule out prostate cancer.   There is some evidence that stinging nettle may raise blood sugar and could possibly interfere with diabetes management. There is also evidence that it can lower blood sugar. Either way, patients with diabetes should monitor their blood sugar closely when using stinging nettle.   Stinging nettle can have a diuretic effect. If you have kidney or bladder issues, speak with your physician.

Antiplatelet and anticoagulant drugs (blood thinners) — Stinging nettle may affect the blood’s ability to clot and could interfere with blood thinning drugs, including: 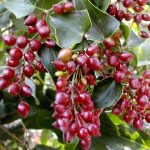 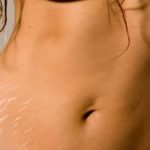