“The powers of a man’s mind are directly proportioned to the quantity of coffee he drinks.” – American Heroes Coffee

Coffee is very popular and most consumed drink all over the world. Coffee is the first thing that comes into the minds of people when they wake. It is the catalyst that tells them that their day is starting. People also drink coffee making it their fuel in order to last the night.

According to the National Coffee Association or NCA’s recent survey, coffee consumers this year increased compared to last year. There was an increase of 6% among younger consumers aged 13 to 18. Also an 11% hike among adult drinkers of 40 to 59 years of age. Why drink coffee though?

Coffee is known to have a lot of beneficial qualities to the human body over the years. To all coffee lovers and non-coffee drinkers out there, you better read this. Here are five coffee facts every coffee lover should know.

Who knows, because of this, non-drinkers will probably start drinking a cup.

Research from Cornell University reveals that caffeine decreases a person’s ability to taste the sweetness in food and drink.

Caffeine is a stimulant that affects the nervous system giving a boost in energy and makes you more awake. While adenosine is a neurotransmitter. It acts as your body’s depressant which promotes sleep and modulates your sense of taste. Therefore, drinking caffeinated coffee makes you more awake but, by suppressing adenosine, this also decreases the ability to taste sweetness.

This study reveals that people who drank caffeinated coffee perceive sweets less sweet making them eat more sweets. Therefore giving the reason why donuts and coffee are perfect for each other.

Higher Consumptions Of Coffee Lowers The Risk Of Mortality

Research from the University of Southern California found that drinking coffee lowers the risk of early death along thus leading coffee drinkers to a longer life.

The study reveals that people who drink coffee appear to live longer. If you are drinking a cup of coffee every day, you are 12% less likely to die compared to non-coffee drinkers. In addition, people who drink two to three cups of coffee a day have a higher reduced chance of death at 18%.

Research also indicated that drinking coffee reduces the risk of several types of cancer like colorectal cancer, liver, and uterine cancer. It also lowers the chances of having diabetes, liver disease, Parkinson’s disease, and other chronic diseases.

A research stated that engineers from Vanderbilt University designed a cap filled with coffee grounds that can improve accuracy for the systems that surgeons use for nose and throat surgery.

The previous design for the GPS system was a headband with markers for the computer to target and map out the patient’s skull features. This gives the medical staff a detailed view of the patient’s head. However, the use of that design renders a chance of having lots of targeting errors in one out of seven operations due to the bumping and movement in the surgery room making it lose and render incorrect data.

Therefore, Vanderbilt University engineers designed a cap called “granular jamming cap”. Filling the cap with six cups of coffee grounds helps improve the fit and reliability of the sophisticated “GPS” system that surgeons use for delicate nose and throat surgeries.

Future Americano, cappuccino, and latte drinkers can help produce raw materials for biofuel, according to research from Lancaster University.

Spent coffee grounds are found to be more effective and a low-cost alternative feedstock for biodiesel compared to purpose-grown feedstocks. Researchers discovered a new method in converting coffee grounds to biodiesel that improves efficiency, lowers time, and energy cost, and reduces the use of chemical waste.

Huge amounts of spent coffee grounds being dumped in a landfill can now be converted into cleaner biodiesel using that new method. This fuel is much more environment-friendly than diesel from fossil fuels. A healthy world means a healthy life for the people living in it.

According to a study, researchers suggest that drinking a few cups of keto coffee or tea a day may prevent the hardening of the liver.

The study consisted of 2,424 participants which were grouped. One group underwent coffee consumption from 0 to 3 cups per day while the other took frequent consumption of more than 3 cups a day.

Results rendered from the study reveals that frequent coffee drinkers had lower odds of high liver stiffness and less scarring of the liver regardless of a person’s lifestyle, environmental, and metabolic traits.

BONUS: A Soluble Milk Capsule For Your Coffee To Avoid Spillage

If you like your coffee light and sweet but have trouble putting milk because it keeps on spilling over, here’s good news for you.

Researchers developed a dissolvable milk capsule for your coffee. They can be compared to sugar cubes filled with milk or condensed milk. There are currently two types of milk capsules: sweetened and lightly sweetened while scientists are still working on the sugar-free version.

Not only the development of milk capsules reduces the consumption of packaging material it is also easier to use compared to conventional plastic containers. Moreover, this will avoid you putting some of the worst add-ons in coffee.

Coffee is an integral part of most people’s lives. It is part of your routine. A part of your day. A tradition. A passion. Positive motivation and happiness. Coffee is a culmination of art, science, taste and so much more all into that one mug.

However helpful and healthy coffee can be, it is important to know your limits. Even though science tells you that coffee is good for health, that doesn’t mean that you have to chug down coffee 24/7. According to the staff at Mayo Clinic, it is suggested to have at least 4 cups of coffee every day and keeping in mind that moderation is still key.

Kristine Marie Ramos is an editor at scoopfed.com. She loves reading and writing. If she is not reading or writing, she draws or plays video games. She mostly spends time with her pets and tea-loving sister or with a book in hand. 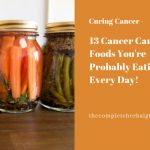 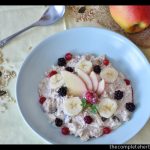 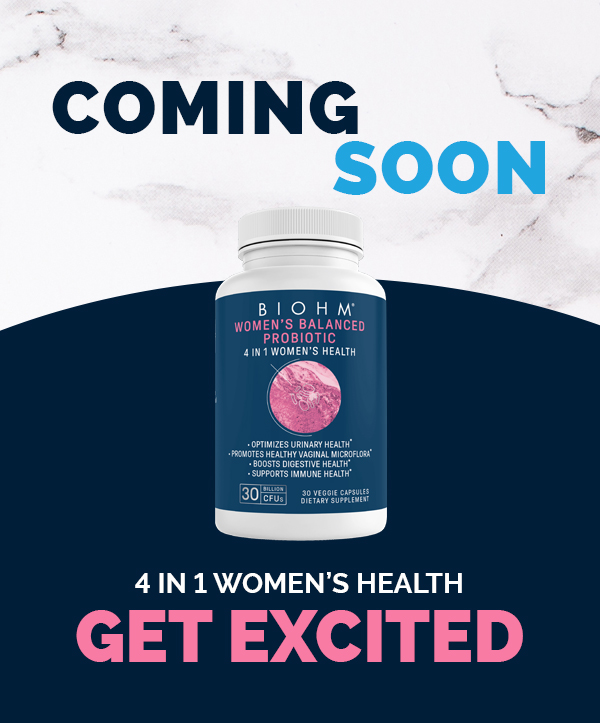