How Often Should You Have Sex with Your Partner?

Health and Natural Healing Tips / Marriage/Relationship/Sex Advice  / How Often Should You Have Sex with Your Partner?

How Often Should You Have Sex with Your Partner?

How much is “normal”? Five times a week? Twice? A? Many people ask these questions about the number of sexual relationships that couples should have during the week. In this sense, there is no specific data on the amount and frequency of intimate contacts necessary to have a full life.

What the sexologist has to say

Most sexologists affirm that each couple must determine the frequency of intimacy according to different factors, including…

And it is that the level of that desire changes in each person.  It can mean wanting to have sex every day, or just one, or none at all. And everything will be normal.

On the other hand, an investigation carried out by the Kinsey Institute of Sexology, of Argentina, concluded that…

What  other experts have to say

Dr. Harry Fisch, a urologist at New York-Presbyterian Hospital, considers – according to his research that…

However, a team of researchers from Florida State University and the University of California in the United States was more decisive.  They concluded that having sex every other day is a key to the union and well-being of the couple.

Why every other day? The researchers analyzed two previous studies that involved data from 214 newlywed couples, found that “sexual satisfaction remains high for up to 48 hours after having sex.”

Scientists use the word afterglow to refer to that enduring afterglow.  This is the glow that can still be seen in the sky after sunset. Having sex every other day, then, keeps that sexual glow from fading.

The research, published in the specialized journal Psychological Science, also found that, between four and six months later, couples who, on average, had sex four days a week felt greater satisfaction and well-being in the relationship than those who had not reached that level.

According to Dr. Andrea Meltzer, the researcher who led the study, “people with greater sexual persistence, that is, those who showed a higher level of satisfaction 48 hours after sex.  They have higher levels of satisfaction in their partner several months later”.

In reality, there is no better sexual frequency than another.  You can live together for many years with any sexual frequency.  Either once a day or once a time, of course, as long as the couple is comfortable with that frequency.

The problem can occur when the partners have different sexual frequencies.  This is a difference in libido. In these cases, frustration can appear on the one hand and guilt on the other.

If that happens, the most important thing is to maintain communication in the couple.  Negotiate, and find a middle ground. As a couple, communication is essential, talking, knowing the needs and desires of the other is essential to be able to have a healthy relationship. 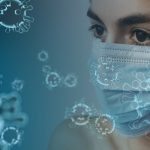 6 Tips for a Flu-Free Winter Season 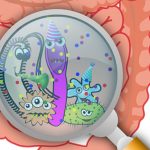