The Tea Tree is unique to Australia, and although a native of New South Wales, where it flourishes in wet, swampy ground, it is cultivated on plantations in other Australian states, including Queensland.

What is tea tree oil?

The shrubby tree produces needle-like leaves, similar to cypress, with heads of pale flowers, and it generally reaches about twenty to twenty-five feet in height. It is an aromatic tree, owing to glandular dots on the leaves, which, when crushed, release it precious essential oils. The Tea Tree is fast growing, and it possesses a distinctive feature in that even when the tree is cut down, it will “re-grow” and be ready for harvesting again in two years.

Long before Captain Cook named the plant after he arrived in New South Wales in the eighteenth century, the aboriginal people had used Tea Tree Oil to heal wounds and infections. In 1923, Dr. Penfold proved that Tea Tree Oil was not only much stronger than the common antiseptic of the day, carbolic acid, but Tea Tree Oil did not burn the skin. In World War II, a severe outbreak of foot-fungus hospitalized hundreds of Australian soldiers with no effective treatment at hand.

An Australian aboriginal medic remembered Tea Tree Oil, and after the doctors applied the infected feet with the pungent oil, the fungus was killed within a few days. During the war, the producers of Tea Tree Oil were exempted from military service until there was an adequate supply to meet the demands of the military. All Tea Tree Oil was issued to the army, and every service member was required to carry it in his first-aid kit to treat tropical infections and wounds.

The essential oil that is extracted from the leaves and twigs of the Tea Tree is produced only in Australia and has a yield of about 1.8%.

Some of the many traditional uses for tea tree include healing:

Tea tree oil can even replace store-bought products in your cabinets, such as:

Next, to Lavender, Tea Tree Oil is one of the most popular essential oils in the world, and aside from its therapeutic value, it is an important ingredient in soaps, lotions, deodorants, disinfectants, and even air-fresheners.

In many cases, doctors of functional medicine will prescribe essential oils like tea tree oil and oregano oil in replacement of conventional medications because they’re just as effective and without the adverse side effects. An article published in the Journal of Phytomedicine evaluated the relationship between various essential oils and found that none (including tea tree) caused adverse reactions when taken with several different antibiotics. In fact, they discovered that some essential oils even had a positive synergistic effect, meaning they could help prevent antibiotic resistance from developing!

It may cause skin sensitization in some people. 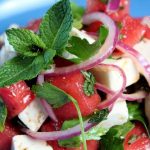 Watermelon Salad with Feta and Mint 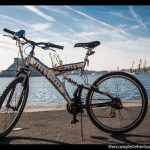 8 Benefits of cycling: Why cycle for exercise?