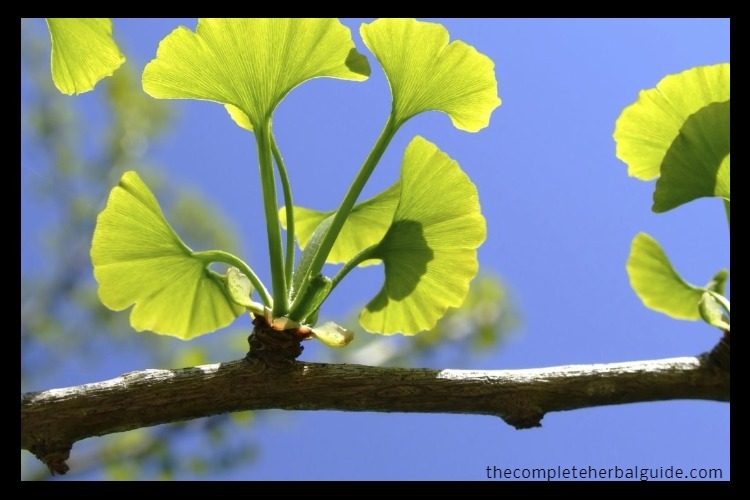 Ginkgo Biloba is the world’s most used treatment for memory loss and degenerative diseases of the brain and central nervous system.  Because Ginkgo increases the circulation of blood and oxygen to all parts of the body, the herb is an effective overall tonic that aids in the treatment for a variety of conditions, ranging from impotence to ringing in the ears.

Ginkgo Biloba is sometimes called a living fossil and the only surviving member of the Ginkgo family.  It is one of the oldest living tree species, a deciduous conifer, dating back over three hundred million years.  Individual trees may live for one thousand years, as they are resistant to viruses, fungi, insects, pollution and even radiation, and they may reach 122 feet in height.

Native to China, it has been included in Chinese herbal medicine’s repertoire for almost five thousand years, where it was used for respiratory tract ailments and for memory loss in older adults.  The trees were introduced to Europe in 1730 and the United States in 1784 as ornamentals, but since the 1980s, Western medical interest in the plant has grown dramatically since its potent actions on the cardiovascular system were identified.  Different parts of the plant have different properties with different medical applications.

The most commercial growth of Ginkgo is centered in plantations in South Carolina, France, and China. Some of Ginkgo’s constituents include amino acids, tannins, quercetin, beta-carotene, flavone glycosides, bioflavones, sitosterol, lactones, anthocyanin, calcium, iron, magnesium, manganese, phosphorus, potassium, zinc, B-vitamins and vitamins A and C.  Ginkgo is now among the leading prescription medicines in both Germany and France.

Ginkgo Biloba improves blood and oxygen flow to the brain and has been most effective in treating senility, dementia, depression, anxiety, forgetfulness and inability to concentrate, and ADD (attention deficit disorder) in adults.

Ginkgo’s most exciting application may be in the treatment of Alzheimer’s disease by helping to speed the blood flow to the brain and aiding the brain to utilize glucose efficiently.

Improved blood flow to the brain also helps to prevent strokes, cerebral arteriosclerosis, and other diseases of peripheral circulation.

Available evidence demonstrates Ginkgo’s efficacy in the management of “cerebral insufficiency” caused by impaired blood flow to the brain, which is thought to be secondary to arteriosclerotic disease and characterized by

Ginkgo may reduce the risk of a heart attack.  In the same way, improved blood flow helps other vital areas of the body, Ginkgo may prevent the blood clots that cause them. The herb blocks the platelet activation factor (PAF) that triggers the internal blood clots, which lead to heart attacks.  In addition, one of Ginkgo’s flavone glycosides (ginkgolide) has been used to treat a severely irregular heartbeat.

Problems associated with poor circulation, such as varicose veins, Raynaud’s disease, and macular degeneration have been alleviated with the use of Ginkgo Biloba.

A circulatory stimulant that relaxes blood vessels. By increasing peripheral vascular circulation, the pain and cramping associated with obstruction and narrowing in the arteries (reducing blood flow) are relieved.

Ginkgo helps promote good sexual health.  Male impotence (erectile dysfunction) has been helped by the use of Ginkgo Biloba.

Studies showed Ginkgo improved blood flow to the penis in men who had narrowing of the arteries that supply blood to that area and were unable to achieve erections.

Additionally, women who suffered sexual difficulties when taking antidepressants have benefited from the use of Ginkgo, claiming that it enhanced orgasm and excitement.

Ginkgo is said to fight melanoma by improving the delivery of oxygen to tissues throughout the body. Oxygenated blood creates a hostile environment for hormone-related malignancy, including bladder, breast, ovarian, etc.

As an astringent, antifungal, and antibacterial, Ginkgo helps to ward off kidney infections, diphtheria, dysentery, hemorrhoids, and toxic shock, and has a beneficial effect on the urinary system, treating incontinence and excessive urination.  It is also useful in treating vaginal infection.

Ginkgo Biloba is a powerful antioxidant that helps to protect the brain from neurotoxicity. It is said to prevent free-radical damage and age-related declines in brain function. It may also prevent free radical damage in the kidneys and liver.

Problems with the respiratory tract are thought to be improved with Ginkgo Biloba. This herb treats bronchial constriction, asthma, chesty coughs (with thick phlegm), and tuberculosis.

Ginkgo has been known to provide relief for the symptoms of premenstrual syndrome, including fluid retention and breast tenderness.

Speak with your doctor before taking Ginkgo Biloba if you are taking prescription MAO inhibitors (antidepressants) or blood thinners.

Discuss its use before having surgery, if you are pregnant or if you take painkillers on a regular basis.

It is not recommended for epileptics. Topical or internal use may cause skin irritations, mild headaches, or mild upset stomach. 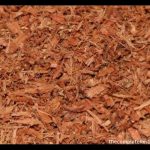 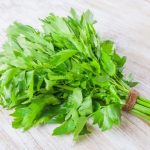