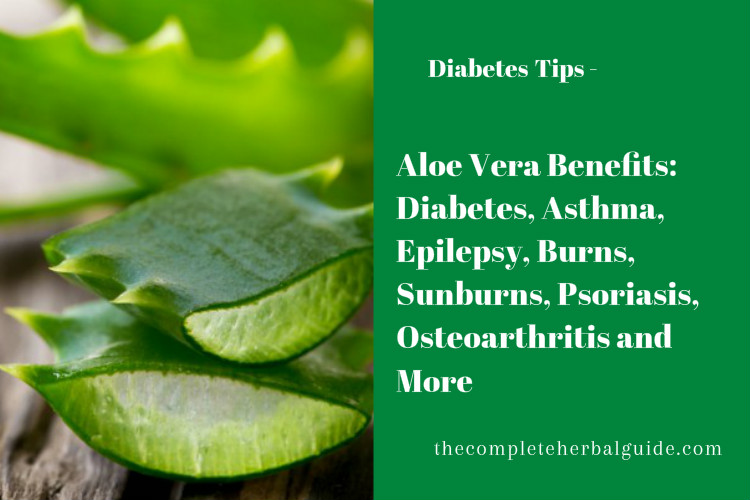 Aloe vera’s use can be traced back 6,000 years to early Egypt, where the plant was depicted on stone carvings. Known as the “plant of immortality,” aloe was presented as a burial gift to deceased pharaohs.

What Aloe Vera Is Used For

It’s well established that antioxidants are incredibly useful for the body. They function as protectors of sorts, attaching themselves to harmful free radicals which can damage cells in the body. The gel within the aloe vera plant contains antioxidants from a family of substances known as polyphenols. The polyphenols, in combination with other compounds, work to inhibit limit the growth of harmful bacteria in the body.

Got a nasty case of plaque in your mouth? Let aloe vera come to the rescue. A study of approximately 300 people compared aloe juice to standard mouthwash, which contains the ingredient chlorhexidine. After just 4 days of use, evidence suggested that the aloe vera was just as effective as a mouthwash. Given that aloe vera is a natural substance, it can be an outstanding healthy alternative to chemical-laden mouthwash.

Aloe Vera Speeds Up the Healing Process for Burns

Of course, aloe vera is useful for treating sunburns, but it has applications beyond that. A study suggested that the plant is effective in treating first and second-degree burns, reducing the healing time by as much as 9 days. This is no secret, given that the FDA approved aloe vera as an over-the-counter option for skin burns all the way back in 1959. Despite this, many people assume it’s only used is for treating sunburns.

Aloe Vera Can Help with Constipation

Clogged up from eating the wrong foods? Aloe vera can aid your digestion by acting as a laxative. Surprisingly, it’s not the gel that does this, but the sticky yellow latex found under the skin of the leaf. This latex contains aloin, which has long been established as an effective laxative. However, it should be noted that there have been concerns about using aloe vera as a laxative. Always talk to your doctor before using it.

Mouth ulcers, also called canker sores, are painful sores that form in the mouth and often last for a week, or longer. Several studies have indicated that aloe vera is an effective treatment for ulcers, both in speeding the healing and reducing the associated pain. A 7-day study of 180 demonstrated that the plant is effective in reducing the size of ulcers. Another study demonstrated that aloe vera can reduce the significant pain that often comes with canker sores.

The jury is still out on this one, given that the research involved was rather poor. However, a few studies suggested that aloe vera might be able to help lower overall blood sugar in diabetics. It does this by enhancing insulin sensitivity and improving the body’s ability to manage sugar. You should definitely speak to your doctor before using aloe vera though as there has been concern about liver damage being caused. (note, Ceylon cinnamon may support healthy blood sugar levels in already healthy individuals)

Aloe Vera May Be Good for Anti-Aging

Research is still being done, but it appears that aloe vera gel may reduce aging signs on the skin. One study of women over the age of 45 showed that topical use of aloe vera gel could increase collagen production and increase skin elasticity. Another study showed that the gel could minimize the redness of the skin. Although it’s still early in the game, these signs are encouraging.

The plant has long been used as a home remedy to treat skin rashes and irritation, but evidence also backs this up. A 2009 review of 40 different studies suggested that oral consumption of aloe vera can speed the healing of wounds and decrease the size of growths on the skin. Another study done in 1996 suggested that aloe vera is an effective treatment for psoriasis. A 1996 study done at the Department of Clinical Physiology in Sweden included 60 patients with chronic psoriasis who participated in a randomized, double-blind, controlled trial of aloe vera or placebo cream. The cure rate in the aloe vera group was 83 percent (!) compared to only 7 percent in the placebo group, and there were no relapses reported at the 12-month follow-up.

Anyone who has experienced ongoing gastric distress knows the frustration of trying to find relief. Thankfully, aloe vera can provide that relief. One study on rats with gastrointestinal problems found that aloe vera significantly reduced the amount of gastric acid in their bodies. Another study on 30 patients with irritable bowel syndrome discovered that drinking 30 milliliters of aloe vera juice twice per day reduced the overall level of gastric discomfort. Some of these benefits may be due to the laxative and anti-inflammatory properties of aloe vera, as well as the various anti-bacterial.

It’s too early to tell, but early research suggests that aloe vera may be able to play some role in slowing the progression of breast cancer. This benefit may be due to emodin, which is found in the leaves of the aloe vera plant. Of course, more research must be done to prove this theory, but the evidence is encouraging.

The research is limited when it comes to aloe vera’s effect on the cardiovascular system, but the existing research does indicate that the plant may improve overall cardiovascular health. In a study published in the British Medical Journal, researchers suggested that orally administered aloe vera may be helpful in lowering blood lipid levels, which in turn may help regulate cholesterol levels. Considering that cholesterol is typically controlled by taking pharmaceutical drugs, this development is encouraging.

Aloe vera can play a role in minimizing dandruff, thanks to its moisturizing properties, anti-inflammatory compounds, anti-fungal properties, and cleansing enzymes. Although additional research is needed to come to a firm conclusion, the evidence suggests that the plant can be an effective remedy. Given that anti-dandruff shampoos have numerous chemicals, this can be an outstanding option.

Aloe Vera May Protect Against Cavities 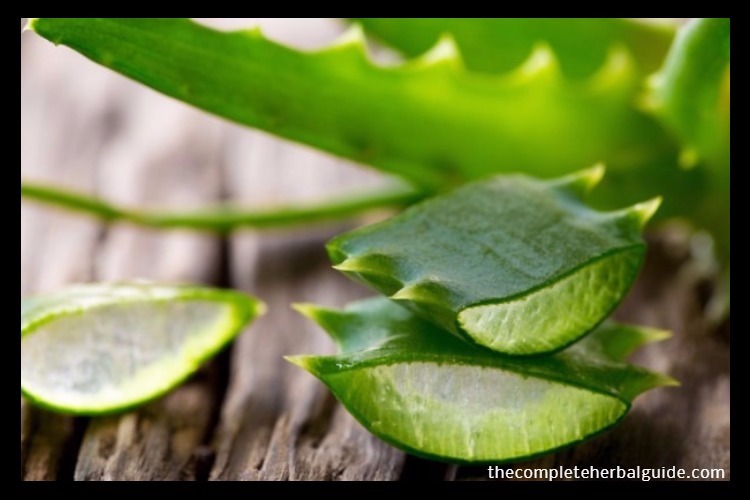 How Aloe Vera Is Used

What the Science Says

Side Effects and Cautions

How much aloe vera should you use?

Creams and gels with aloe vera vary in dosage. Some creams for minor burns have just 0.5% aloe vera. Others used for psoriasis may contain as much as 70% aloe vera. As an oral supplement, aloe has no set dose. For constipation, some use 100-200 milligrams of aloe juice — or 50 milligrams of aloe extract — daily as needed. For diabetes, 1 tablespoon of the gel has been used daily. High oral doses of aloe or aloe latex are dangerous. Ask your doctor for advice on how to use aloe. 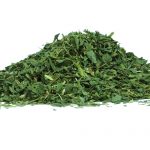 Benefits of the Herb Alfalfa Leaf 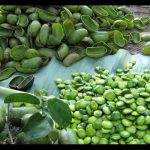