You might think you know everything there is to know about water—how much you should drink per day, how much of our bodies are made of water and how much of it covers the Earth’s surface. But, you’re probably not familiar with magnetized water.

If that sounds like a scientific impossibility, think again. Water can be magnetized, and the health benefits might just make you a convert. When water is magnetized, it makes it easier for the body to absorb and utilize (bioavailability). In turn, your body won’t have to struggle to perform basic functions, and you’ll enjoy better health.

Whether you’re intrigued or skeptical, it’s worth understanding the implications of magnetized water and the bioavailable properties that come with it.

A Brief History of Magnetized Water

Magnetized water has been a subject of interest since at least the 1950s. Russian scientists noticed that water responded to magnetic fields. When they studied the magnetized water, they noticed there was less scale deposit over time.

Even more promising, it seemed that when patients with gallstones and kidney stones drank magnetized water, it could break up the stones into tiny particles. The patients were able to pass the stones without significant pain. If you’ve ever had gallstones or a kidney stone, you know how important this development is!

What is Magnetized Water?

The water we get from the tap usually isn’t pure—not even close. Tap water has minerals, bacteria, dirt, and microbes lurking in its depths. Unless you use well water from an unusually pure source, your water has likely undergone several different treatments before it reaches your body. Even then, it’s likely still not completely free of impurities.

The idea behind magnetized water is that—just like when you send your water through a water softener or purifier—we should leave in the good elements while removing the harmful ones. Magnetizing water can alter its structure, making it more bioavailable. Or, in simpler terms: magnetization can make water wetter.

How Does Magnetized Water Work?

First, understand that although water’s basic structure is H2O, it’s rarely solely two hydrogen atoms and one oxygen atom. “Liquid water can be thought of as a seething mass of molecules in which hydrogen-bonded clusters are continually forming, breaking apart, and re-forming.”

Our groundwater supply is primarily H2O, but impurities often find their way into the supply. These impurities have their own electron shells. “[T]he water molecule is a small magnet (dipole), whose magnetic (or electric) field can be affected by causing the molecule to turn or rotate in one direction or the other, taking on a positive or negative higher potential—depending on whether a South (positive) or North (negative) outside the magnetic field has been applied.”

On top of that, water is paramagnetic, meaning it can hold a magnetic charge. The water molecules tend to attract and stick to each other, forming “clusters.” Water clusters are “a matrix of water that is structurally different from tap water. Under high-powered microscopes, the water, when frozen, forms six-sided, hexagonal-shaped, ring structures. These were determined to receive and transmit electromagnetic energy, that is, frequency vibrations that power every cell function and structure.”

How to Magnetize Water

Scientists magnetize water by placing it in an applied magnetic field. That can be as simple as adding magnets to the water, around a vessel or sending it through magnetized pipes. This is the method Aquaspace® uses in all of our products that rely on Aquatomic® Hydrating Magnets.

Aquatomic® Hydrating Magnets declutter water via magnetization, allowing it to reach a higher level of bioavailability. By declustering water, the body can absorb it faster and more efficiently, which in turn hydrates you quicker. Drinking water exposed to a magnetic field is great for anyone looking to stay hydrated and get the most out of their water.

The Benefits of Magnetized Water

So, what can water do that regular tap water can’t? We already know it’s more bioavailable, and can help break up kidney stones and gallstones. Here are some other benefits of drinking magnetized water.

This 2013 study gave magnetized water to a group of rats, then monitored their condition. The group that drank magnetized water decreased blood glucose and glycated hemoglobin levels, while also reducing blood and liver damages. In other words, “it is suggested that the long-term intake of the magnetized water over 8 weeks may be beneficial in both prevention and treatment of complications in diabetic patients.” A 2018 study found similar results when treating rats with Ginkgo Biloba and magnetic water.

May help with infertility

This 2014 study found that “magnetized water intake increases the number of corpus luteum and the height of fallopian tube epithelial cells.” While researchers didn’t investigate further as to whether this would increase fertility, they hypothesized that it might.

These are just a few of the positive benefits magnetized water can offer—and there are others still being investigated. The key is that the improved structure makes it easier for your body to use water appropriately. There’s less waste, less struggle, and better efficiency in hydration.

“Living Water” Hydrates Every Cell in the Body

The idea of magnetized “living water” has been around for centuries. It’s only within the last century that we’ve started to study its effects on the human body—as well as plants, animals, and other objects.

One thing is clear: we are capable of changing water’s structure simply by magnetizing it. That makes it easier for our bodies to absorb. Since water makes up the vast majority of our bodies, the better the water we drink, the better we’ll feel—and the science backs it up.

If you want to hydrate every cell in your body, try magnetic water today! 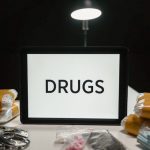 4 Ways Of Motivating Yourself To Be Drug-Free