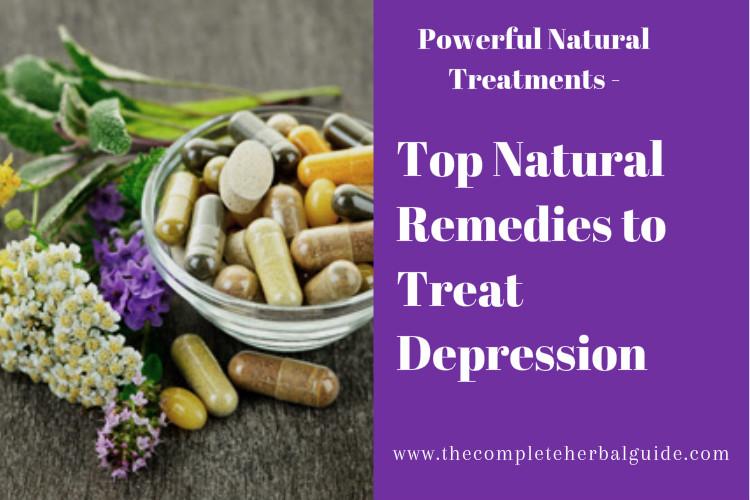 Here are some common therapies for depression to consider trying to boost your mood and ease your symptoms of depression, even though they aren’t considered an official “treatment”:

Being physically active may be the best natural remedy for depression. Besides its many physical health benefits, regular exercise can lift your mood if you’re tackling mild to moderate depression. In fact, a Duke University study of 156 adults with major depression found improvement in people whose four-month treatment plan included aerobic exercise, especially when they continued to exercise long-term.

Disciplines such as yoga, tai chi, and qi gong combine exercise with mindfulness. Several studies show that mind-body exercises may improve symptoms of mild depression. The focus on breathing in yoga can help reduce stress, which is important for depression.

People who believe in a mind-body-spirit connection may get comfort from spiritual practices because they foster feelings of gratitude and loving-kindness. Mind-body exercises, art therapy, and meditation are all forms of spiritual healing to explore. The benefits of spiritual healing may be very real but are hard to study objectively as an alternative therapy for depression. However, one study published in the Archives of General Psychiatry found that an eight-week course of mindfulness-based cognitive therapy, a form of meditation, worked as well as using an antidepressant in warding off depression relapses.

According to a review of eight studies on this natural remedy for depression published in Archives of Internal Medicine, there is some evidence that taking 300 milligrams (mg) of St. John’s wort two to three times a day is as good as taking an antidepressant drug for mild or moderate depression. But there are important cautions, too. This herb acts as antidepressant medication, but you need to be careful because the active extract isn’t regulated and can interfere with many prescription medications, including birth control.

This dietary supplement has been shown to increase the brain chemical dopamine, which may be low in people with depression. Some studies have found a beneficial effect of SAMe on symptoms of depression with 1,600 mg a day, but other studies have not, so the jury is still out. SAMe can interact with prescription antidepressant medications, so be sure to let your doctor know if you take it.

These healthy fats, found in fish oil supplements, have had mixed results as a natural remedy for depression. Some studies have found that, when 3 to 9 grams a day are taken along with antidepressant medications, omega-3s increase the response to the antidepressants. Other studies have found no benefit in omega-3s for depression. High doses of omega-3s can increase your risk of bleeding. Avoid this supplement if you are on blood thinners.

Vitamin B6 may relieve premenstrual depression in women, but the evidence isn’t strong. Folic acid, B12, and vitamin D have all been found to be low in some people with depression, so it makes sense that supplementing these vitamins could help — but again, no solid evidence exists.

Although research on acupuncture for depression is limited, a report in the online journal Psychiatric Times found that the results of small studies evaluating the effects of acupuncture on mild depression are promising. Two other studies found that an approach combining acupuncture with a small amount of electroconvulsive therapy (ECT) works as well as a traditional treatment for depression with the drug amitriptyline.

There are few studies that exist on the effects of massage on depression. But according to a review of numerous complementary and alternative treatments for depression published in the journal Annals of General Psychology, massage may be a short-term mood booster and possibly more long-term, too — especially if done on a regular basis for 20 to 30 minutes per session by a trained massage therapist.

There aren’t many good studies on hypnosis as an alternative treatment for depression. One controlled study compared people with depression who were treated with hypnosis and a type of talk therapy called cognitive-behavioral therapy (CBT) to people treated with CBT alone. The study found that the combined depression treatment worked better. Another study, published in the International Journal of Clinical and Experimental Hypnosis, followed 50 people who used self-hypnosis for treating symptoms of depression and found that their results showed some promise for this approach. But Rao is skeptical. “Hypnosis probably helps depression by lowering stress,” he says. “There’s no evidence to support hypnosis alone as a treatment for depression.”

This alternative therapy for depression is becoming more mainstream. Called transcranial magnetic stimulation (TMS), this technique, which is performed by psychiatrists or specially trained nurses, uses magnetic pulses delivered to the head during 40-minute sessions three times a week for several months. A side effect may be some slight tingling and a mild headache.

“This alternative therapy for depression resets the brain’s chemical balance,” Rao notes. “It doesn’t involve any drugs or sedation, and it can be helpful, especially for people who can’t take antidepressant medications.”

One final note: Some alternative or natural remedies for depression can have side effects or could interfere with prescribed medications. “Don’t get confused by the term ‘natural,'” Rao says. “Natural doesn’t always mean safe.” Let your doctor know about any herbs, supplements, or other alternative therapies you might want to try. 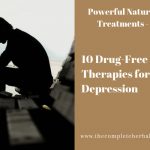 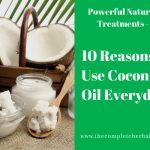 10 Reasons to Use Coconut Oil Everyday