Marijuana vs Opioids for Pain. Is Marijuana the Better and Safer Option?

Health and Natural Healing Tips / CBD  / Marijuana vs Opioids for Pain. Is Marijuana the Better and Safer Option? 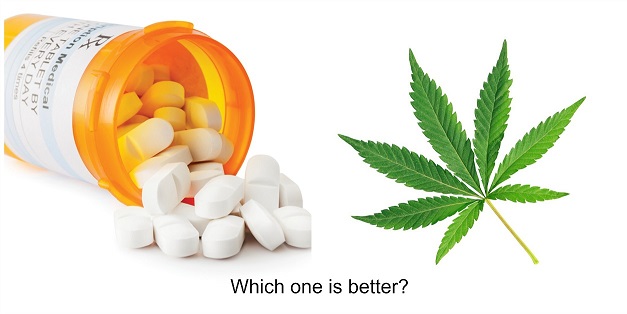 Marijuana vs Opioids for Pain. Is Marijuana the Better and Safer Option?

Carol’s teenage daughter Julia is a dancer who suffered a serious injury that required extensive surgery.  Julia was sent home after surgery with opioids for pain.  Despite the opioids, Julia was screaming in pain.  Carol repeatedly called her doctor’s office and each time was told to increase the dosage of the opioids.  At first Carol followed the doctor’s advice but became increasingly concerned because the medication wasn’t working, Julia continued to scream, and Carol was worried about overdose.  Finally Julia said, “I know what I need.  Please drive me over to my friend’s house”.  When they arrived, Julia got marijuana from her friend and after one puff of marijuana was pain free.  This occurred in Texas, where possession of even small amounts of marijuana (less than two ounces) is a misdemeanor punishable by up to six months in prison and a $2000 fine.

Paul was on 90mg of oxycodone four times a day for his chronic pain.  He gradually weaned himself off of oxycodone using marijuana and now uses only marijuana to treat his pain and has less pain and better quality of life than when he was on opioids.  He lives in New York State where a recently passed medical marijuana law does not allow use of marijuana for his condition.

Most people believe that the most powerful weapons we have against severe pain are opioids like Vicodin, Percocet, Hydrocodone and Oxycodone.  But is this really true?  It’s an important question because opioids are highly addictive and taking too much can be fatal.  Millions of Americans have become addicted to prescription opioids and most have been medical patients taking them as directed.  Even worse, more than 190,000 Americans have died of accidental overdoses of these drugs.  Yet opioids are still widely prescribed for patients with moderate to severe pain because most patients and doctors believe they are the most effective treatment.

Mounting evidence indicates that marijuana may be more effective at treating pain than any other available drug, including opioids.  Marijuana is certainly safer—it is not physically addictive and there has never been any documented case of death due to marijuana overdose.  Marijuana users do not build up the tolerance to the drug, (i.e. needing higher doses to achieve the same effect) the way that opioid users do.  In fact, marijuana, when used together with opioids, can prevent the development of tolerance and can help opioid users wean off their drugs.  States with medical marijuana laws have reduced opioid overdose deaths by an average of 25%.

Marijuana is the only known plant that contains compounds called cannabinoids.  Our bodies naturally make cannabinoids (known as endocannabinoids when our body produces them) to help relieve pain.  Dr. Ethan Russo, a neurologist, and pharmacologist, who has done research on endocannabinoids, has even proposed that fibromyalgia, an increasingly commonly diagnosed pain disorder that is characterized by widespread pain and fatigue, is caused by endocannabinoid deficiency.

Marijuana grows wild in all but the coldest climates all around the world and has been used medicinally for treatment of pain and many other disorders for thousands of years.  The first written reference to marijuana, also known as cannabis, for the treatment of pain was by Chinese Emperor Shen Nung in 2737 BCE.  Marijuana was in widespread use in the United States as a medicine until 1941, when anti-marijuana crusader Harry Anslinger, then the commissioner of the Federal Bureau of Narcotics, insisted that it be outlawed.

A 2011 review of randomized controlled studies of cannabinoids for the treatment of chronic, noncancer pain found significant effects on pain relief as well as significant improvements in sleep. Most of the studies were of neuropathic pain, but one study each of fibromyalgia and rheumatoid arthritis also reported positive results.  No serious adverse effects were reported.

A 2014 survey by the National Pain Foundation of fibromyalgia patients found that 62% of those who tried marijuana said it was very effective at treating their symptoms, 33% said it helped a little and only 5% said it didn’t help at all.

A survey of 100 consecutive medical marijuana patients who were returning for their annual recertification in Hawaii found that 97% used marijuana primarily for the relief of chronic pain. They reported an average 64% decrease in pain—a decrease on a 10-point pain scale from 7.8 to 2.8. Half also reported relief from stress and anxiety; 45% reported insomnia relief, and 71% reported no negative side effects. No serious adverse effects were reported. Some of the patients reported they were able to reduce or eliminate their use of opioids.

Given that marijuana is considerably safer than opioids and can provide significant pain relief, the current preference by medical professionals and regulators for use of opioids not only makes no sense, it is causing unnecessary harm and death.

Cindy Perlin is a licensed clinical social worker, certified biofeedback practitioner, chronic pain survivor and the author of The Truth About Chronic Pain Treatment: The Best and Worst Strategies for Becoming Pain-Free.

What’re your thoughts about medical marijuana?  What do you think about legalizing marijuana in all 50 states?  We want to hear your voice. 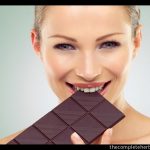 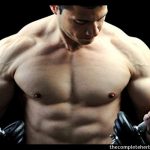 5 Home Workouts That Will Actually Help You Build Muscle