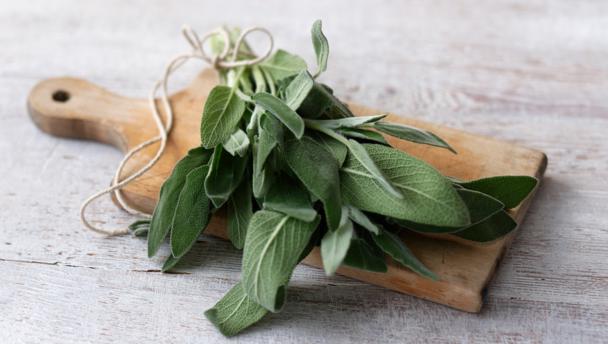 Sage has medicinal uses abound, including its antioxidant, anti-inflammatory, antiseptic and anti-aging qualities. Improve your memory; calm your digestive and nervous systems with Sage.

A holiday favorite, this fabulous herb with silver-green leaves has been part of the culinary world going back to ancient Rome. Charlemagne ordered that sage bisplanted on all farms and sage tea was enjoyed by many in years past – it has a somewhat sweet, savory flavor, and was awarded “Herb of the Year” in 2001 by the International Herb Association.

Fresh sage should be very fragrant, without soft spots, and stored wrapped in towels in a loosely closed container in your refrigerator. You can also keep fresh herbs in a vase as you would fresh flowers – simply cut stem ends at an angle, and put in a vase with room temperature water – a bouquet of fresh herbs add a beautiful addition to all kitchens!

From anti-oxidant/anti-inflammatory action to memory enhancer (July 2003 issue of “Pharmacological Biochemical Behavior” confirmed that sage is an outstanding memory enhancer), sage has the longest history of medicinal use of any herb. Because of the many terpene antioxidants that have been isolated in sage, its use as an effective food preservative (pre-refrigeration) – sage was used to reduce food spillage – has now been confirmed by science.

Sage is an evergreen shrub with a distinctive fragrance that may grow to a height of almost three feet, and it thrives in rich, well-drained soil in sunny locations.

It is native to the Mediterranean region and was introduced to North America in the seventeenth century, where it continues to grow throughout the temperate regions. Sage is a member of the multi-species Salvia genus, and despite the fact that any herb of this genus may be called Sage; there are significant differences in medicinal components in the tops and roots that influence their uses.

Salvia officinalis (Garden Sage) and Salvia miltiorrheza (Salvia Root/Red Root Sage) are in no way similar to another member of the Sage genus, Salvia divinorum, which is a dangerous psychoactive plant and subject to regulation as a controlled substance under several states’ drug regulation statutes. In an 1833 publication, Russian botanist, Alexander von Bunge (1803-1890), gave the plant its botanical genus, Salvia, which is translated from the Latin word, salvere, meaning “to save” or “to cure,” as Sage enjoyed the reputation of being able to cure a multitude of ills. The many varieties of Sage possess virtually all the same properties. The Romans, who named this robust herb, held it in the highest regard and thought it to be the herbal savior of mankind.

Those ancients considered it a sacred herb and believed that its growth in one’s garden would promote immortality. Sage’s botanical name, Salvia officinalis, is derived from the Latin, salvere, which means “to save” or “to cure,” and it enjoyed the reputation of being one of those herbs used to cure a multitude of ills. An old Arab proverb asked, “How a man shall die who has Sage in his garden?” – A reference to the plant’s power of immortality.

Traditional Chinese medicine mentioned the use of Sage in 206 B.C., to increase physical strength, mental equanimity and alertness, and body heat. It was so valued in China in the seventeenth century that Dutch merchants discovered the Chinese would trade three chests of their China tea for one chest of Sage leaves. Native Americans massaged their gums and teeth with Sage and also used it for healing skin sores. Included in Sage’s chemical constituents are beta-carotene, essential acids, essential oils (thujone, camphor, and eucalyptol), flavonoids, saponin, tannins, and minerals, B-vitamins and Vitamins B and C.

Sage is a mild tonic that fortifies a generally debilitated nervous system. Instead of sedating the nervous system as some nervine herbs do, it actually stimulates the central nervous system, strengthening it to reduce excess nervous energy. This mild tonic quiets the nerves, relieves spasms, helps induce sleep and combats depression, mental exhaustion, trembling and nervousness. It has been used to calm seasickness, and traditional herbalists even thought it useful in treating certain forms of insanity.

As a powerful astringent, Sage has the ability to slow down the secretion of fluids in the body. It is considered an antiperspirant and natural deodorizer that works from inside out. Apparently, the tannins and volatile oils account for its ability to dry up perspiration and slow excessive saliva flow. This quality helps to reduce the heavy perspiration of night sweats and hot flashes. Sage is an old and trusted remedy for drying up breast milk when women wish to stop nursing.

Mucous congestion in the nasal passages and airways of the respiratory tract is also dried by the use of Sage. It’s drying effect is also used to treat diarrhea. Sage promotes good digestion and is considered one of the best remedies for stomach troubles. Sage stimulates the appetite, eases gas pains, removes mucus in the stomach, relieves biliousness and dyspepsia, and is beneficial in digesting foods of all kinds, both savory and sweet. Its “bitter” component stimulates upper digestive secretions, increasing bile flow and pancreatic function, and it is said to keep the stomach, intestines, kidneys, liver, spleen and sexual organs healthy.

Living up to its name, Sage is said to be a stimulant that strengthens the brain and promotes wisdom. Since antiquity, it has been reputed to slow down the aging process and endow long life. It appears to be a memory strengthened, helping to restore failing memory in the elderly and improving concentration in all who use it. Sage is considered an “emmenagogue,” an agent that is used to bring on suppressed menstruation.

Additionally, it is said to help regulate its flow. Researchers claim that Sage has estrogenic effects on the body that may treat estrogen deficiency. This may be a contributing factor in Sage’s use for the relief of hot flashes that result from either hysterectomy or menopause. Recent studies claim that as a stimulant Sage increases circulation and relieves a headache. It is also gaining a reputation for improving circulation to the heart. Sage is a powerful antioxidant that will inhibit destructive and harmful free-radical compounds. It is also an anti-inflammatory that will help to shrink and soothe inflamed tissue.

As an antifungal, Sage has been shown to exhibit anti-yeast activity against Candida albicans; and in cell cultures, Sage inhibited antiviral activity in herpes simplex virus II and influenza virus A2. As a “vulnerary” Sage will assist in healing wounds by protecting against infection and stimulating cell growth. Used topically, Sage’s antiseptic properties will clean sores and old ulcers, treat cuts, wounds, and bruises, and will help to stop bleeding and encourage healing.

The medicinal uses of Sage abound. The antiseptic properties in Sage are useful in treating intestinal and respiratory infections, and the essential oil, heated in a vaporizer, will disinfect a sick room. The herb has also been effective in breaking fevers, reducing cold symptoms, treating dysentery, and expelling worms and parasites. Sage’s cosmetic uses are numerous. It is used in baths as a relaxant and to soothe sore muscles, in shampoos to cleanse the scalp and stimulate hair growth, in soaps to cleanse and restore aging skin, and in hair, rinses to promote shine (especially in dark hair). 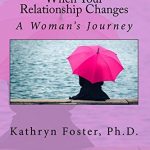 Dr. Foster Discusses How to Move On and Deal with a Break Up or Divorce 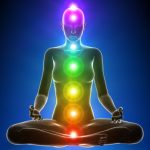