Is Being Pansexual the Same Thing as Being Bisexual?

Health and Natural Healing Tips / Marriage/Relationship/Sex Advice  / Is Being Pansexual the Same Thing as Being Bisexual?

Is Being Pansexual the Same Thing as Being Bisexual?

Identifying your sexual orientation can be very difficult, especially if you have a hard time expressing yourself. With that in mind, you must understand what does pansexual mean and the bisexual meaning as well. Figuring out the pansexual vs bisexual debate will give you a good understanding of what orientation you identify as, and it has the potential to help you more than you might imagine.

What does pansexual mean?

Understanding what does it means to be pansexual is very important since it will help you figure out if you are a part of this sexual orientation. What pansexual means is that you are attracted to people of all genders. This also includes people that don’t identify with any gender. They tend to be attracted to people based on personality and not gender or any specific gender features to being with.

However, being pansexual doesn’t mean you are attracted to all people. What this means is that you find yourself attracted to people of all genders, without any limitations. That doesn’t mean you will like every person on the planet. You still have your own preferences, but you are not limited by gender. That’s what being a pansexual is all about.

Understanding what it means to be a bisexual

Bisexuality means that you are attracted to more than a single-gender. People that identify as bisexual tend to feel either a romantic or sexual attraction to people of a different gender, but also to their own gender. One thing to keep in mind here is that people that identify as bisexual tend to be a very diverse group. Some persons that are a part of this group end up attracted to both men and women. Others tend to have a stronger attraction to a specific gender.

Understanding the difference between being pansexual and bisexual

As you can see, the two terms can be generalized to the same thing. The problem here is that it can be difficult to figure out the true difference between these two sexual orientations. However, the core difference is that bisexual people are attracted to multiple genders. They can be attracted to more than a single-gender, they might like gender-neutral people.

Pansexual people, on the other hand, are attracted to all genders. They don’t care about any gender, in particular, they focus on the personality of the person. Many people in the LGBTQ community see these terms are overlapping. However, the clear distinction is while a bisexual person likes more than gender, the pansexual will be ok with any gender.

Is it OK to be more attracted to one gender than another?

Yes, this is perfectly normal in today’s day and age. These things differ from one person to the other, so it can end up being a very distinctive experience for everyone. At the end of the day, what really matters is to express yourself and identify who you truly are. It’s a great idea to understand the difference between being a pansexual or a bisexual person, as that will make it easier to find your true love in the long run.

How do you know which term fits?

What you want to do in order to see which term fits is to actively understand the way you feel about other genders. You want to see if there’s a gender that you’re not attracted to, what word feels best for you, and what community you feel a part of. Also, you want to see if you have romantic feelings for people that you also have sexual attraction. That can be very important to keep in mind. Most of the time if you just like certain genders, then you identify as a bisexual. If you don’t have any gender restrictions, then you most likely identify as a pansexual.

What if neither of these terms has ever felt right?

Sexual orientation can be hard to identify. On top of that, these things can also change in time as well. You can identify as a homosexual, then become heterosexual later in life. Identifying yourself as a certain gender is not always going to be easy, but try to search deep into your heart and see what affiliation seems correct to you.

Where can I learn more?

If you want to learn more, then you want to visit the GLAAD website that has a lot of useful articles. You can also check the BiNet USA and Bisexual Resource Center or even the Asexual Visibility and Bi Organization.

You shouldn’t pressure yourself to figure out if you identify as bisexual or as pansexual. Let it happen naturally, as time goes by you will know if you are attracted to multiple genders or all of them. It’s important to use these ideas in this article if you want to know the answer, as you will have your answers shortly! 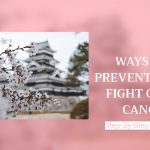 Cancer: A Step-by-Step Guide to Prevent or Fight Off Cancer 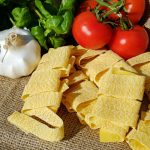