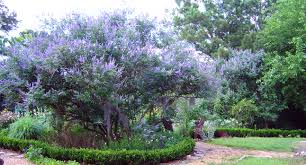 In modern times, chaste tree is used primarily as a women’s herb for menstrual complaints. The flavonoids in chaste tree exert an effect similar to the hormone progesterone, although the plant contains no hormonal compounds. Chaste tree acts on the pituitary gland in the brain, normalizing the release of both follicle-stimulating hormone (FSH) and luteinizing hormone (LH).

The overall effect is to regulate the menstrual cycle and slightly increase the production of progesterone in women who otherwise have irregular cycles. Many menstrual complaints are known to result from a relative lack of progesterone. When progesterone levels are low relative to estrogen, the result is often infertility, heavy bleeding, lack of periods, too frequent periods, irregular periods, and premenstrual syndrome. Because it helps normalize LH levels, chaste tree alleviates these complaints.

It can normalize and regulate menstrual cycles, reduce premenstrual fluid retention, and treat some cases of acne that flare up during menstruation. Chaste tree’s berries also can be used for menopausal bleeding irregularities, such as frequent or heavy bleeding; it is often combined with hormonal herbs such as black cohosh or soy. Therapy of six months to one year is usually recommended. Chaste tree is a slow-acting herb and can take months to produce effects. When treating infertility, chaste tree is continued for one to two years; it is discontinued if pregnancy occurs.

Because the constituents in chaste tree — including flavonoids, iridoid glycosides, and terpenoids — gradually normalize FSH and LH levels, it helps allow for normal ovulation and pregnancy. Chaste tree also lowers the hormone prolactin, produced during stressful periods, which also may cause tender breasts and uterine cramps associated with PMS.

Side Effects of Chaste Tree

The strong bitterness of chaste tree may be nauseating to some, but it is usually well tolerated. This herb may occasionally cause heavier menstrual flow, but this is rare.

Chaste tree berries are typically tinctured or powdered and used in capsule form. The flavor is unpleasant, so chaste tree is not a popular tea. It may take three months before you see improvements.

Because of its complex hormonal actions, chaste tree is not recommended for use during pregnancy. When used to treat menstrual complaints, there are no known dangers, but do not use it unless necessary. There is little information about the physiologic activity of chaste tree in men. 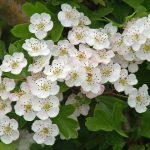 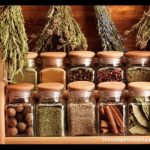 10 Medicinal Herbs You Can Grow At Home