Home » Parasites: Could They Be Making You Sick? Ways to Flush Them Out

Parasites: Could They Be Making You Sick? Ways to Flush Them Out

The Complete Herbal Guide / Detoxification  / Parasites: Could They Be Making You Sick? Ways to Flush Them Out 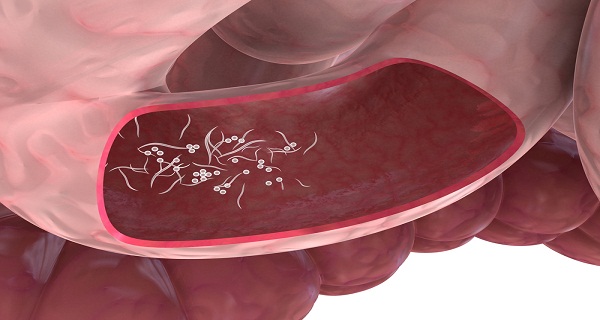 Parasites: Could They Be Making You Sick? Ways to Flush Them Out

Parasites can deplete the body of nutrients such as vitamins A, B6, and B12, potassium, calcium, and magnesium, overwhelm the immune system, which can lead to severe illness.

Many people think parasites are something we only get from traveling in other countries, but this is not true. Contaminated water supplies, international travel, day care centers, pets, consumption of raw fish are just some of the reasons why parasites have become more prevalent.

• Food – Raw or undercooked beef may contain tapeworms or the roundworm Trichinella. Raw fish such as sushi, sashimi, ceviche, and smoked salmon may contain tapeworms and anisakid worms. Poor digestion can be a contributing factor. Someone with a low acid level in the stomach may not be killing germs in the foods they eat.

• Water – Two of the most common parasites are Giardia and Cryptosporidium, which can survive even in chlorinated water for up to 18 months.

• Travel – Parasites that were once associated with tropical diseases are now appearing in North America, due to the rise in international travel and migration.

• Pets – Some of the parasites that may be transmitted from pets to human include roundworm, hookworm, and toxoplasmosis. They are transmitted through contact with fur containing parasite eggs, infected fleas, or contact with animal feces.

Another form of testing is a rectal swab. This is used because some parasites live in the mucous membranes that line the intestines rather than in the stools. A rectal swab allows a sample of mucous to be taken.

There are a variety of mainstream drugs to treat parasites. They are effective and many work within one to two weeks. Some may cause severe side effects such as nausea, diarrhea, cramps, and vertigo and be hard on the liver.

If you suspect that you have parasites, it’s a good idea to get a diagnosis from a physician and follow his or her treatment recommendations. You can discuss these natural treatments and herbs with your doctor if you would like to try a natural approach and avoid some of the side effects caused by prescription drugs for parasites.

Natural treatments are highly effective but work more slowly, taking about a month. They generally contain herbs such as garlic, wormwood, goldenseal, grapefruit seed extract, and/or black walnut. Friendly bacteria such as acidophilus and bifidus should be replaced after therapy is finished.

Garlic (allium sativa) contains the active constituent allicin, which has been shown to be effective against Entamoeba histolytica and Giardia lambia. It has antiviral, antibacterial and antifungal properties. It is used for pinworms, roundworms, hookworms, tapeworms, and giardia. Garlic is available in capsule and tablet form. Another way is to juice three cloves of garlic with four ounces of vegetable juice and drink it, repeating every two hours.

The herb goldenseal (Hydrastis Canadensis) has been used historically for infections involving the mucous membranes throughout the body. The active constituent of goldenseal is the alkaloid berberine, which has been shown to be effective against bacteria, fungi and parasites, particularly giardia parasites.

Black walnut is a traditional herbal remedy for ringworm, athlete’s foot, and healing cracks in the hands and the feet. It is the juice of unripe hulls of black walnut that are used for parasites and fungal infections.

The herb wormwood has been used for centuries as an herbal remedy for parasites. Wormwood tea is often used for pinworms and roundworms and is especially effective against giardia. Wormwood can be found in tea, liquid extract, or capsule form, however, the pure oil is poisonous. It can initially cause a worsening of symptoms and some irritation of the intestines. Wormwood contains sesquiterpene lactones, which work similar to peroxide by weakening the parasite membranes. Wormwood also contains an ingredient that is effective against malaria.

Wormseed (different from wormwood) is a traditional herbal remedy in the tropics for expelling roundworms, hookworms, and tapeworms. It is considered to be especially useful for children.  The concentrated wormseed oil is too potent to use, wormseed tea is often preferable. More scientific studies are needed to confirm the historical usage of this herb and its safety.

Traditionally, pumpkin seeds (Curcubita pepo) have been used as an herbal remedy for tapeworms and roundworms. They have been shown to immobilize and help expel intestinal worms and other parasites. In order to be effective, great amounts would have to be eaten, up to 25 ounces for adults. The seeds are usually mashed and mixed with juice. Two or three hours after consuming the pumpkin seeds, a laxative is often recommended to help clear the bowels.

Grapefruit seed extract is active against viruses, bacteria, protozoa, and yeasts, and has been used extensively for the treatment of parasites. Grapefruit seed extract is generally considered nontoxic and is not absorbed into the tissues, which means that is can be used for up to several months. This is especially beneficial for giardia and candida yeast, which can take a longer time to kill.

Cook all meats until well-done. Eliminate coffee, refined sugar, white flour, processed foods. Cooked foods are usually recommended. Carrots, sweet potatoes, and squash are some foods that are high in beta carotene; a precursor for vitamin A. Vitamin A seems to increase resistance to penetration by larvae.

Eat anti-parasitic foods. Pineapple contains the digestive enzyme bromelain. A diet rich in pineapple can help to clear certain parasites such as tapeworms. Papaya seeds contain enzymes that help to digest protein. They can be chewed, but watch out; they are as hot as mustard seeds.

If stomach acid is low, supplementation to improve digestion may be beneficial, such as betaine hydrochloride.

Probiotics such as Lactobacillus acidophilus, Bifidobacteria, and L. bulgaricus can help to rebuild beneficial intestinal flora.

Tumeric and cloves are other spices that can help fight parasites. Do not eat raw beef, raw fish or sushi.

Detox and cleansing is believed to be one natural approach to ridding the body of parasites in the stools or embedded in the intestinal walls. Natural supplements include psyllium husks, citrus pectin, papaya extract, bentonite clay, activated charcoal, pumpkin seeds, beet root, and flaxseeds are some of the substances that can be used. Look for combination products. 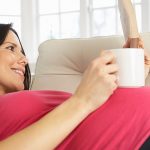 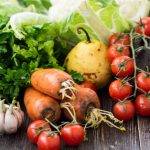 The Digestive Perks of Being a Vegetarian 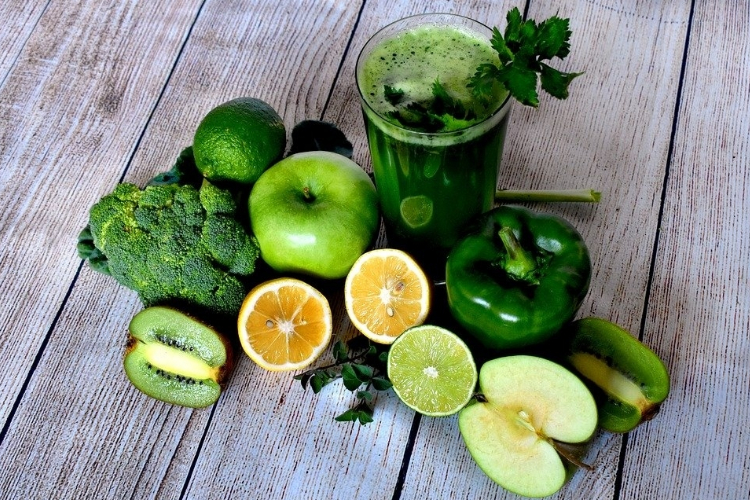 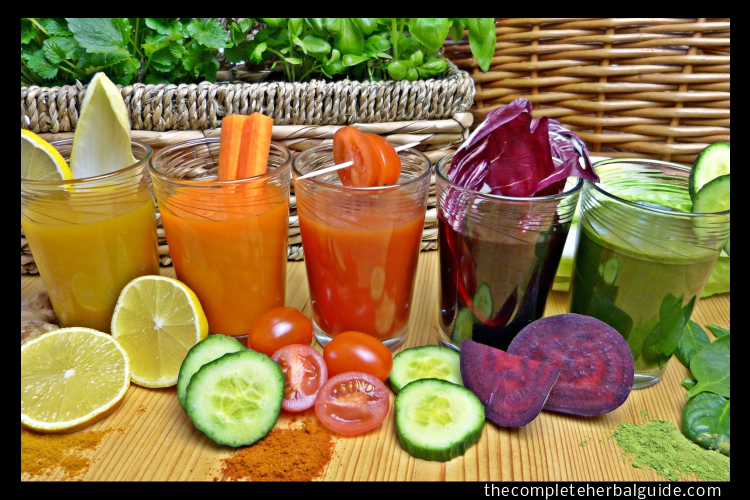 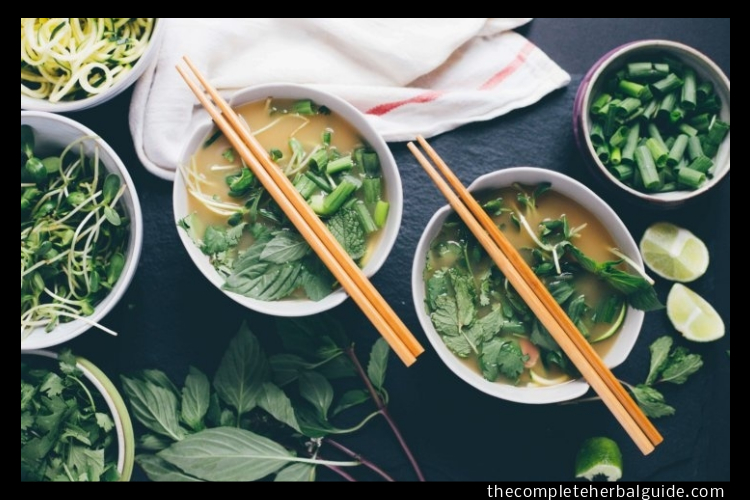