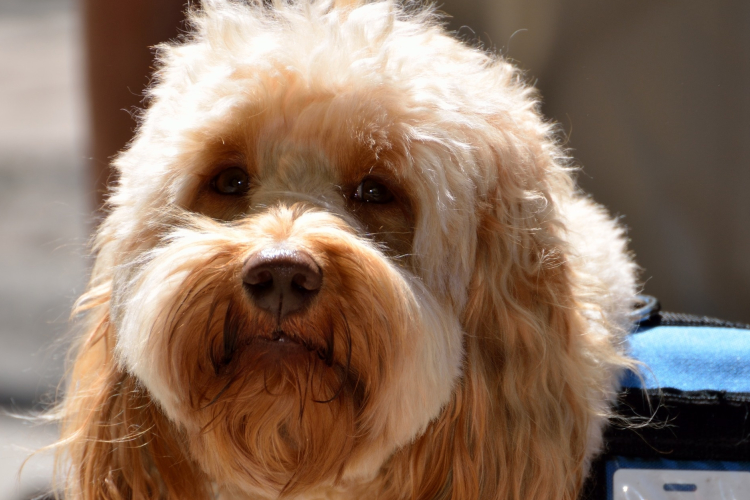 Whether we’re out shopping or attending a public event, we’ve all seen vest-wearing service dogs before. We often associate these helpful animals with those who have physical health complications, but did you know service animals can help people with mental health issues?

According to 99.7% of people, an attractive smile is an important asset. But with one in ten adults suffering from depression in any given year, wearing a smile can be more of a chore than you might think. While those struggling with poor mental health may have no obvious physical impairments, service animals can nonetheless be immensely helpful to those with mental health issues.

Most service dogs start their training when they’re around 16 weeks old, but the paths they take from there vary greatly.

Emotional support animals, or ESAs, maybe the most basic kind of service animal. It’s simply a pet that provides emotional support. As such, ESAs don’t require any special training beyond the training that normal pet needs. Dogs and cats are the most common pets to be used as ESAs, but any domesticated animal can qualify.

ESAs appeal to people who may not have a condition that debilitated them physically, but who nonetheless have trouble functioning normally emotionally. People with anxiety or depression often fit this description.

Thanks to the Fair Housing Act, people with an emotional support animal are allowed to keep it inside without additional fees, regardless of their landlord’s normal pet policy. Small ESAs can also fly with their owners without being charged by airlines.

However, one difference between emotional support animals and other service dogs is that ESAs are usually not permitted inside public places that don’t allow pets.

Service animals are dogs that have been trained to perform physical tasks for someone with a disability. While other animals can qualify as ESAs or therapy animals, only dogs can be legally considered service animals. Although service dogs are trained specifically to perform physical tasks for their owner, they can be assigned to someone with a mental disability as well if their condition inhibits normal daily function.

While qualifying for a service animal is simple, actually acquiring one can be more complicated. All you need to qualify for a service dog is to be given written documentation from a healthcare provider.

This documentation will state that you are being treated for an emotional or psychiatric disorder or disability and that you require a service animal because of it. However, the service animal itself must be specifically trained for your condition.

Normally you will have to find someone who has already trained a dog to serve someone with your condition and buy it from them, which can be expensive and time-consuming.

Psychiatric service dogs, or PSDs, are a specific kind of service animal that’s been trained to help those with mental illnesses. This could include depression, anxiety, bipolar disorder, schizophrenia, and post-traumatic stress disorder (PTSD).

Like all legally-recognized service dogs, a PSD must be used to perform specific physical tasks for their owner. This could mean helping someone with PTSD by turning on lights or conducting room searches. Or it could mean preventing someone with a dissociative disorder from walking into danger.

However, calming anxiety or providing a sense of safety or companionship isn’t considered service animal tasks. If all you need is emotional support, affection, or a sense of security, then probably wouldn’t qualify for a psychiatric service dog. Instead, look for an emotional support animal, which is usually much easier (and less costly) to acquire.

Therapy animals are different from ESAs and PSDs in that they are used in therapeutic settings and handled by professionals. A nursing home may keep a dog to act as a therapy animal for its residents; a cat may live in a treatment facility, and dogs are often brought to disaster areas to provide affection and comfort people who are suffering.

Even horses can be used, a practice called equestrian therapy. Therapy animals are screened for being able to perform specific therapeutic tasks, but they’re not like other service animals in that they’re less like pets and more like therapists working for an organization.

Most autism service dogs are trained like other service animals, to perform specific physical tasks at the command of their owner. They are most often place with children, and they are intended to help a person with autism gain independence. After working with an autism service dog, individuals with autism should eventually be able to perform activities of daily living much like anyone else.

The symptoms of autism can vary from one autistic person to another. As a result, training autism service dogs is a long and complex process. A fully-trained autism service dog should cost between $12,000 and $30,000, and there’s a long waiting list for them.

This is especially interesting when you consider that most evidence for autism service dogs’ effectiveness is largely anecdotal. There has been surprisingly little serious scientific research conducted on the practice of using service dogs to assist those with autism. Because of this, it can be difficult for caregivers and educators to make a compelling case for the real need for autism service dogs.

Regardless of any lack of scientific studies, the existing evidence pointing to autism service dogs’ usefulness is impossible to ignore for people who believe they might benefit from them.

While autism service dogs are occasionally assigned to autistic adults, most often they are used to protect the safety of children with autism. In such cases, the dog is trained to take commands from parents, and not the child. Sometimes they are trained to prevent autistic children from leaving the house alone.

They can help open doors for autistic children, and prevent them from becoming over-stimulated. They can also alert parents and caregivers to any dangerous situation the child finds themselves in. Occasionally the autistic child may wear a harness attached to their service dog.

When it comes to adults with autism, service dogs can be trained in a way that’s similar to hearing dogs for the deaf by alerting their owners to things that require attention. For a person with autism, they may not be able to tell right away which source of stimulation needs their attention.

They often have to sort through layers of stimuli, from the sound of crickets to the smell of fabric softener on their clothes, to figure out what to be paying attention to. A service dog can direct their attention to the appropriate source, whether it’s a knock at the door or a baby crying.

A unique skill of autism service dogs is that they will apply pressure to their owner’s body to “ground” them, usually by sitting on their owner’s feet.

People who struggle with substance abuse have a hard road ahead of them, even when they do successfully stay clean. Drug testing is almost the only way that friends, employers, and even family members can be sure that the addict is, in fact, clean. In many cases, families won’t continue to offer financial support to their struggling relatives without seeing a negative drug test result.

While not the same as a mental illness, those recovering from substance abuse can receive help from service animals similar to those that serve people struggling with mental conditions.

Dogs are gifted with a wide range of attributes that can help owners live happier, longer lives. Even before service animals were mainstream or legally recognized, dogs had a long history of helping those in difficult circumstances.

Service or support animals can help recovering addicts establish daily routines, as well as forming healthy bonds and offering loyal support. There is a life beyond substance abuse, and assistance dogs can be a significant part of the way there.

Although psychiatric service animals are legally and medically legitimate, they can easily become victims of social pushback.

According to the Americans with Disabilities Act, a disability is defined as “a physical or mental impairment that substantially limits one or more of the major life activities of such individual.” By this definition, owners of psychiatric service dogs are entitled to the same rights and protections given to those with other kinds of service animals.

Service dogs are allowed to accompany their handlers in all locations normally accessible to the public, regardless of any business policies or health codes. As long as the animal behaves properly and doesn’t interfere with normal activity, it’s perfectly legal for psychiatric service dogs to go anywhere their handler goes.

One factor fueling this issue is that people with psychiatric conditions rarely appear to have anything wrong with them on the outside. Because of the heavy social stigma around mental illness, handlers are often reluctant to explain their condition or their dog’s purpose to others.

To make things even more confusing, psychiatric service dogs can be any size, including toy breeds, depending on their trained tasks. However, the public conception of service animals is that they’re always medium or large dogs. This can cause employees, passers-by, and even public service workers to unfairly target and question people with psychiatric service dogs.

These issues can lead people to inappropriately dispute a dog’s status to the handler, or pressure the handler to disclose their own private medical information. Thankfully, the public perception of mental illness is slowly becoming more understanding and accepting. Hopefully, as psychiatric service dogs become more common, they will begin to be understood as equally valid and necessary as other types of service animals.

Getting a Psychiatric Service Dog or ESA

If you think you may need a service dog or emotional support animal to make your life easier, you must first consider whether you can properly care for an animal. Just like owning any other pet, there are several responsibilities that come along with having a service animal or ESA.

When it comes to caring for an animal, you have to be prepared financially, physically, and mentally. Financially speaking, service animals can be a big investment, especially if you’re going all-out with a specially-trained psychiatric service dog. Emotional support animals are cheaper since they don’t require specialized training, but even then you must be able to afford things like food, pet care equipment, and occasional veterinary expenses.

Once you know you have the financial foundation necessary to buy and care for an animal, you must have your physical space set up for one. Even full-time service dogs need space to exercise in, and every dog owner needs certain things in their house and yard to keep their pet happy and safe.

Finally, you must be mentally prepared to take on the responsibility of owning a service animal. Their job may be to take care of you, but someone must be there to care for them as well. If you’re simply not able to care for your animal yourself, you’ll need a family member or friend who’s prepared to do it for you.

If you want an animal’s companionship, but you’re not ready to take on the responsibility of a dog, consider getting a low-maintenance pet like a cat or fish.

Hopefully, this article has answered your questions about service animals for mental health. 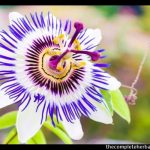 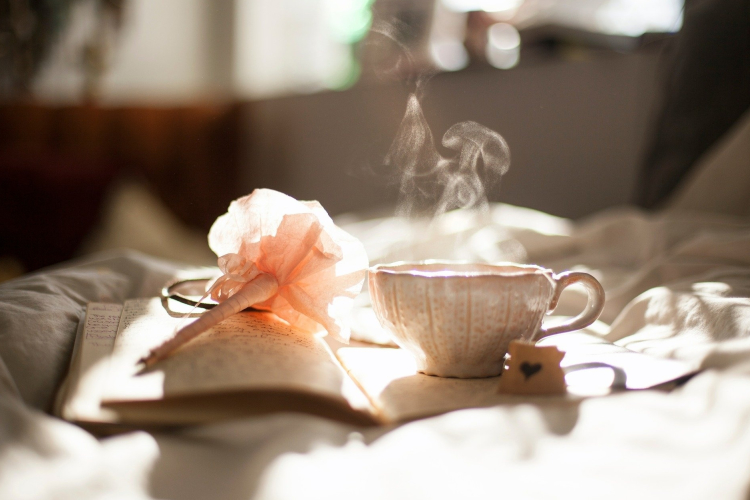 How to Reduce Anxiety During the Covid-19 Outbreak

How to Stay Active While Social Distancing 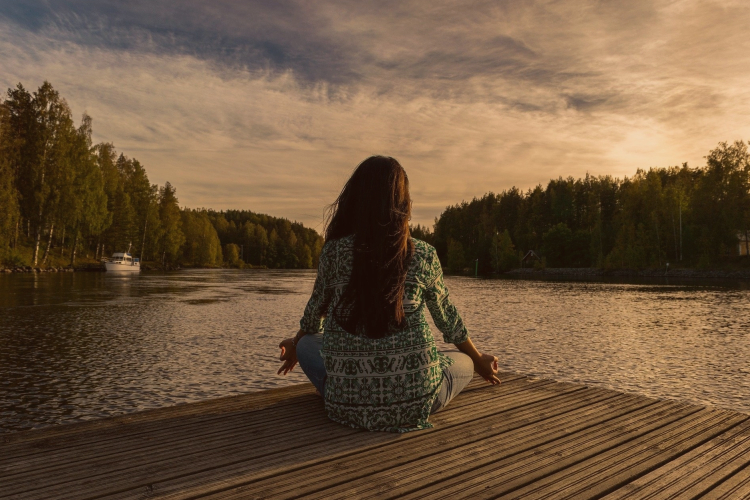 3 Healthy Lifestyle Changes To Stick With This Year