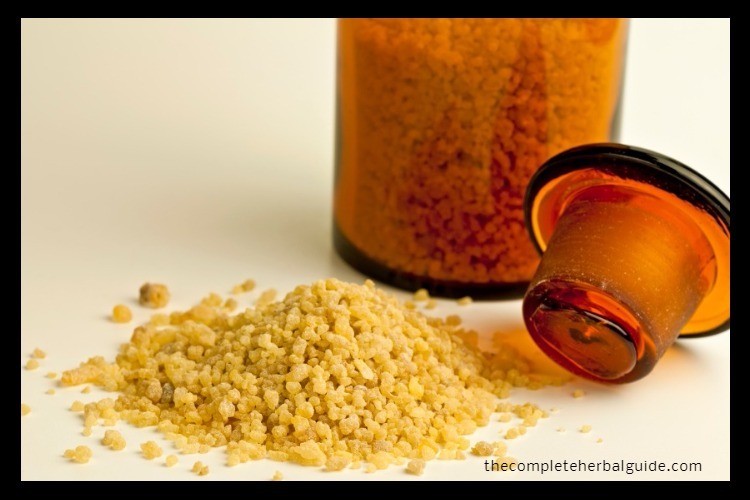 Boswellia was (and is) an important herb in ancient Ayurvedic medicine – revered for its anti-inflammatory qualities.  New research promises exciting results that appear to confirm this use, and it is said to relieve muscle pain and the joint pains and aches associated with arthritis, gout, carpal tunnel syndrome, osteoarthritis, bursitis and rheumatic conditions, without the side effects that are normally produced by the steroidal and non-steroidal anti-inflammatory medications usually prescribed for these conditions. This is great news for those who look for pain-free mobility in their daily lives.  Boswellia is also believed to rejuvenate “mature” skin by encouraging new cells and promoting oil production in the dry skin.

Boswellia is an East Indian tree that yields an oleo gum resin, which is not only burned as incense but has also been used as an integral part of ancient Ayurvedic healing for the relief of inflammatory conditions, and that same gummy resin that is tapped from the tree trunk is used in many modern herbal preparations.  It is a large, branching tree that reaches about twelve feet in height and is found in the dry hilly areas of India, thriving in a well-drained-to-dry soil in full sun.  Although it is often called Indian Frankincense, it should not be confused with frankincense, guggul or myrrh, as it produces different medicinal effects.  However, along with myrrh, Boswellia was traded for centuries in the Middle East, as noted in many Biblical references to this substance, under the name frankincense.  In India, the herb was traditionally used to ease joint pains and aches, dysentery, pulmonary ailments and to remedy snake bites and ringworm.

Because of its age-old, anti-inflammatory applications, much new research is currently being conducted to confirm its beneficial use in rheumatic and arthritis treatments.   Boswellia is aromatic, granular and translucent and is included in many cosmetics, perfumes, and skin-care (anti-wrinkle) preparations.  The gum resin is collected all year with the finest quality gum found in the driest areas in the hottest months and used in herbal medications.  Some of the active constituents included in the herb are borneol, polysaccharides (D-galactose, D-xylosea, and D-Mannose), triterpene acids (especially ßeta boswellic acid), acetyl- ß-boswellic acid, keto-ß-boswellic acid, alpha-boswellic acid, carvone, caryophyllene, farnesol, geraniol, Limonene.

Boswellia is said to be a particularly effective herbal anti-inflammatory that has been used for centuries to relieve joint pain and improve mobility.  It is used for inflammation and pain control, and although Boswellia has been used for thousands of years in Indian Ayurvedic medicine, recent research (2008) from the University of California, Davis, confirms that the herb is effective in relieving the aches and pains of arthritis, gout, lower back pain, rheumatism and especially osteoarthritis, including osteoarthritis of the knee, wrists, feet, and spine.  As they stimulate the growth of cartilage, the boswellic acids (called AKBA) effectively shrink inflamed tissue, increase blood supply to inflamed joints and enhance the repair of local blood vessels damaged by inflammation.

Furthermore, the herb appears to be free of the effects commonly found in steroidal and non-steroidal anti-inflammatory drugs that are usually prescribed for these problems, but acts in the same way by suppressing the spread of inflamed tissue and preventing the breakdown of connective tissue.  This would make it an extremely useful supplement to improve mobility, without the after-effects of gastric irritation.  Boswellic acids possess an anti-inflammatory action much like conventional non-steroidal, anti-inflammatory drugs (NSAIDs) and deactivate the hormonal triggers for inflammation and pain.  However, unlike NSAIDs, long-term use of Boswellia has never been shown to lead to irritation or ulceration of the stomach or adverse effects on heart rate and blood pressure.

Recent tests have also shown that Boswellia has relieved ulcerative colitis, coughs, and asthma, possibly confirming its folk use as an antispasmodic and used for diarrhea, dysentery, and pulmonary ailments.

With specific regard to asthma, Indian and German researchers conducted the first study of Boswellia’s effect on the symptoms of asthma in 2000, and seventy percent of the patients treated with the Boswellia showed a significant decrease in symptoms after six weeks.   Boswellic acids in the resin have been shown to inhibit the synthesis of leukotrienes, which trigger many of the symptoms associated with asthma.  While Boswellia has long been used in Ayurvedic medicine, clinical studies on its medicinal benefits are scarce.

Boswellia is said to rejuvenate the skin by encouraging new cells to develop and also promote oil production in the dry skin, which is particularly helpful in cases of dry, chapped and “mature” skin.

Boswellia is believed to help restore blood supply through repaired blood vessels that have been damaged by inflammation, which further helps circulation to the joints that have been impaired by arthritic conditions.

Thought to be antibacterial and antifungal, Boswellia has been used to remedy sores and boils, and when used topically, will also relieve pain.

As an herbal pain reliever, Boswellia is believed to help relieve fibromyalgia, which is a widespread pain in the muscles and soft tissues surrounding the joints throughout the body.  It is a common rheumatoid disorder that does not involve the joints but is characterized by achy pain, tenderness, and stiffness of the muscles.  Again, this supports the herb’s use to improve overall mobility.

Boswellia is not recommended for young children, pregnant or nursing women, or those with severe liver or kidney disease.  Rare cases of nausea, diarrhea or allergic skin rash have been reported as side effects. 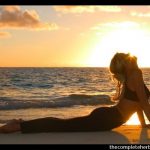 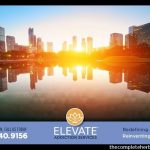 Who Benefits Most from Outpatient Programs 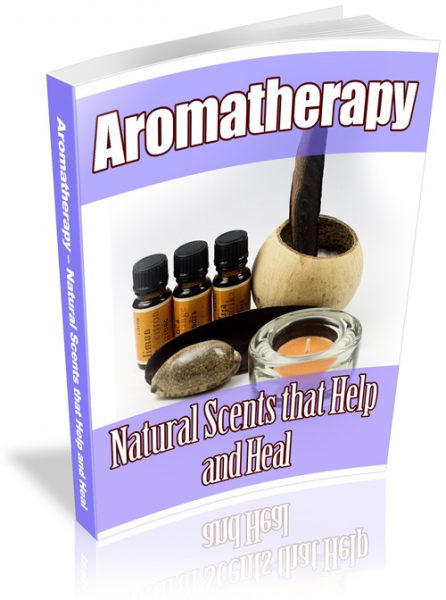 Download our FREE eBook, improve your health and well-being with essential oils. ( Includes easy essential oil recipes you can make at home.)

Your Information is 100% Secure And Will Never Be Shared With Anyone.