Home » The Dangers of Green Tea: The People Who Should Stay Away from It

The Dangers of Green Tea: The People Who Should Stay Away from It

The Complete Herbal Guide / Herbal Safety Tips  / The Dangers of Green Tea: The People Who Should Stay Away from It 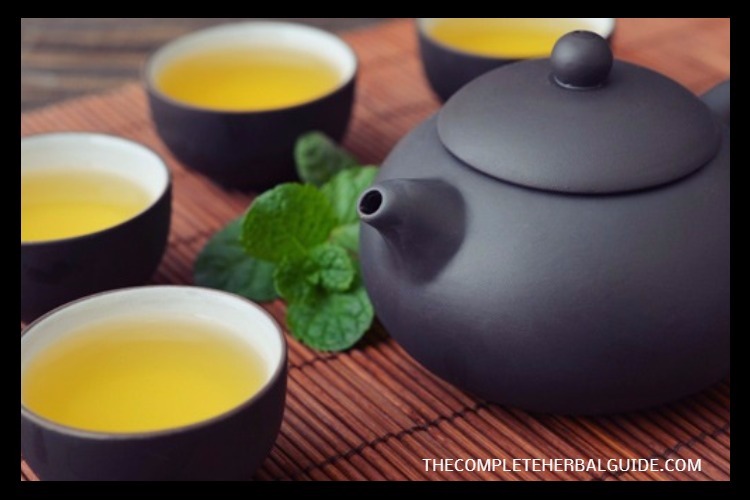 The Dangers of Green Tea: The People Who Should Stay Away from It

Green tea is one of the oldest herbal teas known to man. It gained quick prominence in the west after its purported health benefits, the most popular of them- as an effective tool for weight loss. Some of these health benefits have many studies backing them while some do not. Due to the positive spotlight, green tea has enjoyed, some of its side effects are often overlooked. But it’s important to understand that Green Tea also has some limitations and a few of them are highlighted below.

Green tea is mostly safe for adults when consumed in moderation. Green tea extract is also considered to be generally safe for most people when taken orally or while being applied topically on the skin for a short period of time. However, drinking too much green tea, more than 5 cups a day is considered to be unsafe. The side effects occur due to the caffeine present in the tea, which may include some or all of these symptoms:

Who Must Not Consume Green Tea?

Green Tea has been found to cause certain problems when taken excessively or cause problems to some people who suffer from certain ailments:

The tannins present in the green tea increase the stomach acid which may cause stomach ache, nauseous feeling, or cause constipation. Thus, green tea is not consumed on an empty stomach in Japan and China. It is best to drink green tea after a meal or in-between meals. People with peptic ulcers or acid reflux should not consume green tea excessively. A 1984 study concluded that tea is a potent stimulant of gastric acid, which can be reduced by adding milk and sugar.

Green tea seems to reduce the absorption of iron from food. Drinking very high doses can actually be fatal. The fatal dose of caffeine in green tea is estimated to be 10-14 grams (150-200 mg per kilogram). Green tea can also reduce the bioavailability of non-heme iron. A 2001 study reports that green tea extract reduces the absorption of non-heme iron by 25%. Non-heme iron is the primary type of iron in eggs, dairy and plant foods such as beans, so drinking green tea with these foods may lead to reduced iron absorption. However, Vitamin C increases non-heme iron absorption, so you can squeeze lemon into your tea or consume other vitamin-C rich foods, such as broccoli, with your meal. In addition, drinking tea between meals seems to have little effect on iron absorption, according to the National Cancer Institute.

Like all teas, green tea contains caffeine and excessive caffeine intake can lead to nervousness, anxiety, abnormal heart rhythm, and shakiness. Some people have a natural low tolerance for caffeine, and they will suffer these symptoms even when ingesting small amounts. High caffeine consumption can also hinder calcium absorption, affecting your bone health and increase the risk of osteoporosis. To help prevent caffeine-related problems, limit green tea intake to 5 or fewer cups per day

Green tea contains caffeine, catechins, and tannic acids. All three substances have been linked to pregnancy risks. If you are pregnant or breastfeeding, green tea in small amounts, about 2 cups per day safe. This amount of green tea provides about 200 mg of caffeine. However, drinking more than 2 cups of green tea per day is unsafe and has been linked to an increased risk of miscarriage and other negative effects. Also, caffeine passes into breast milk and can affect a nursing infant. In addition, drinking a large amount may cause neural tube birth defect in babies.

Green tea catechins can cause a decrease in the absorption of iron from food. If you have iron-deficiency like anemia, the National Cancer Institute recommends consuming tea between meals. If you like to drink green tea with your meal, then studies show you should eat foods that enhance iron absorption. Foods high in iron include meats such as red meat and foods high in Vitamin C, such as lemons.

The caffeine in green tea might is said to make anxiety worse.

Caffeine in green tea might increase the risk of bleeding.

Caffeine in green tea might cause an irregular heartbeat.

The caffeine in green tea, especially when taken in large amounts, can worsen diarrhea and symptoms of IBS.

Drinking green tea increases the pressure inside the eye. The increase occurs within 30 minutes and lasts for at least 90 minutes.

Should not be given to Children

The tannins in green tea may block nutrients absorption such as protein and fats in children. It may also lead to overstimulation because of the caffeine present in the green tea.

Drinking green tea can increase the amount of calcium that is flushed out in the urine. Caffeine should be limited to less than 300 mg per day (approximately 2-3 cups of green tea). It is possible to make up for some calcium loss caused by caffeine by taking calcium supplements.

Green tea must not be taken along with these medications as it is known to cause negative reactions.

How to Consume Green Tea?

The United Kingdom Tea Council recommends drinking not more than 6 cups of tea a day. For the best health benefits, 3 to 4 cups is recommended. However, doses of green tea vary significantly, but usually range between 1-5 cups daily is considered safe. The commonly used dose of green tea is based on the amount typically consumed in Asian countries, which is about 3 cups per day, providing 240-320 mg of the active ingredients, polyphenols. To make tea, people typically use 1 tsp of tea leaves in 8 ounces of boiling water.

Drink green tea when it’s freshly made but slightly cooled. Scalding tea can damage your digestive system. Moreover, recent studies suggest that too much hot tea can promote throat cancer. Compounds in tea like catechins, theanine, and vitamins C and B diminish over time through oxidation, so the health benefits are strongest with fresh tea. If you’re brewing the same tea leaves, brew them in moderation. With each successive infusion, cancerous substances in the leaves themselves (often pesticides) are drawn out and can even be toxic. Old tea can also harbor bacteria, especially since its antibacterial properties diminish with time.

Tea providing up to 250 mg of caffeine per day, or approximately 3 cups of tea per day.

Tea providing 60 mg of caffeine, or approximately one cup.

Drinking 10 or more cups per day has been associated with decreased cholesterol levels. Theaflavin-enriched green tea extract, 375 mg daily for 12 weeks, has also been used for lowering cholesterol.

You don’t have to quit drinking your favorite cuppa green tea, but if you have any of the above mentioned medical conditions or taking prescription drugs, exercise caution and consult your doctor about how many cups you can have per day. Moderation is key to enjoy the full benefits of green tea.

Rachelle likes short conversations and big books(mostly) and believes in animism (even before she heard the term). Her personal journey with health and spirituality led her to explore many allied subjects. She writes about them now so people can avoid the mistakes she did or just laugh about similar mistakes they did. 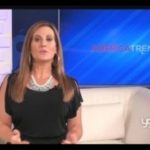 Stacey Chillemi Discusses Which Exercises, Vitamins & Supplements Will Keep You Young in Your 40’s On America Trends TV Show 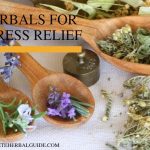 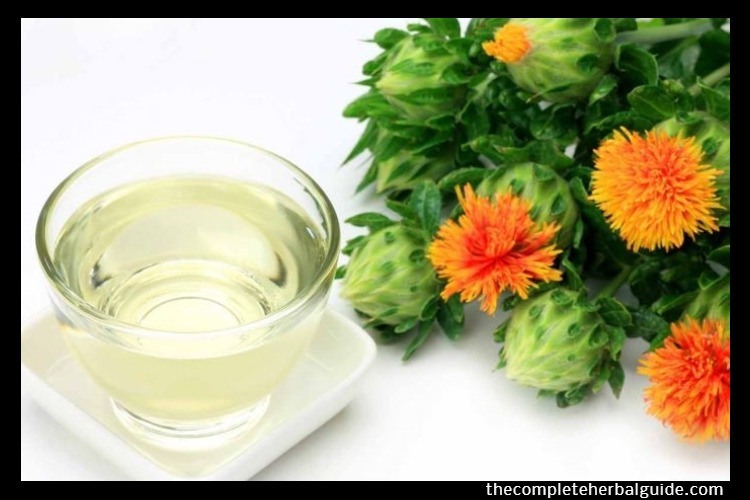 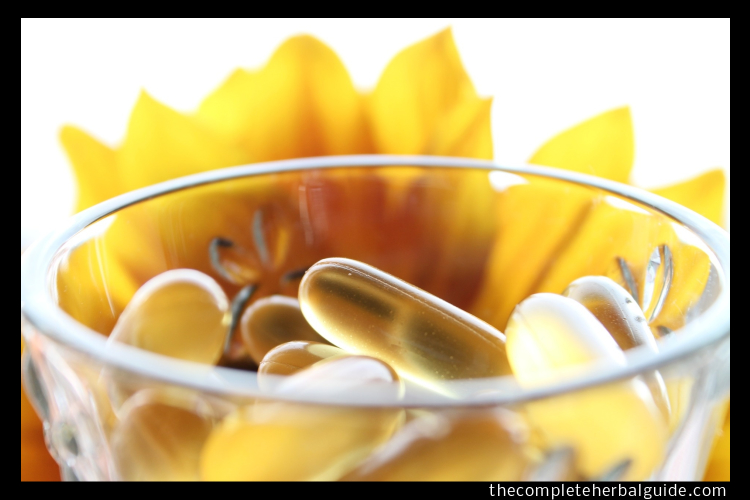 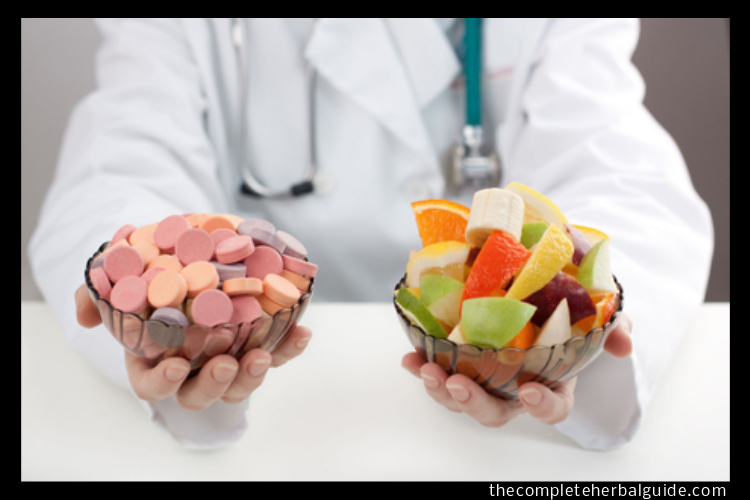