Home » Hiatal Hernia Cure: Getting the Treatment Without seeking any surgery

Hiatal Hernia Cure: Getting the Treatment Without seeking any surgery

The Complete Herbal Guide / Everyday Solutions  / Hiatal Hernia Cure: Getting the Treatment Without seeking any surgery 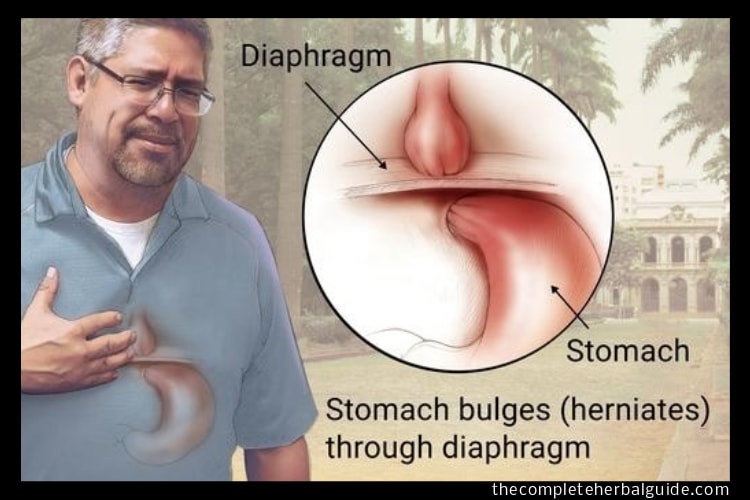 Hiatal Hernia Cure: Getting the Treatment Without seeking any surgery

In this article, you’ll learn and discover about Hiatal Hernia Cure, which is getting the treatment without seeking any surgery.

At times when you face severe pain inside your abdomen or areas like the upper thigh, stomach, belly button groin or diaphragm in your body, then make sure you are the victim of a medical condition called Hernia or precisely Hiatal Hernia.

So, before we talk about the Hiatal Hernia Cure, it is always recommended to understand the ailment along with the causes and the way you find out the symptoms and then understanding the treatment option would be rather a simple affair.

According to grocare.com, a hernia is caused when the body pushes its way into space wherein it doesn’t belong.

Hiatal Hernia is a common condition reported too often, and it is diagnosed when a person experiences severe pain as discussed above the body parts. However, to learn more about a hiatal hernia, it is essential to understand some of the common terminologies, which are listed below.

The following are the three things you need to check before you go ahead to understand the Hiatal Hernia, which is under:

This is an important organ in the human body that helps in the breathing, while it is a muscular wall that is based beneath the upper stomach and chest area. This ends up separating the chest cavity from the abdomen area.

It is called as a small opening or a hole, which is found inside the diaphragm. It acts like a mediator and thus allows the food passage via the food pipe into the stomach.  This is also known as the esophageal hiatus.

This is often termed the food pipe which helps in passing the food from the mouth to the stomach.

The medical ailment Hiatal Hernia is caused when one finds a portion of stomach bulging or swelling up over the chest area via that opening known as the hiatus inside the diaphragm. It is equally vital to know the fact that there are two types of a hiatal hernia. These include – sliding and paraesophageal. The former is regarded as a common ailment and anyone and everyone can be the victim of the same, while the other is rare and complex in nature, which often requires a surgical option to fix it. The former deals with squeezing the stomach via the hiatus and then land up over esophagus wherein one can find the risk of the stomach, which is being strangled or hampers the blood supply, which can pose several issues.

Generally, there are no symptoms that suggest that you are the victim of a hiatal hernia and most of the time you do not need any treatment. However, if you experience some symptoms including the acid reflux and heartburn, you would need the treatment for the same. Though surgery is one of the options for treating this ailment, however, it is considered as the last resort when all the non-surgical options fail. Well, let’s check the non-surgical options that help in fixing this ailment.

Medication: If you are experiencing any kind of symptoms pertaining to this ailment, then considering a few medicines can help in resolving the hiatal hernia. The first medicine that is recommended include Antacids, which neutralizes the stomach acid. The Antacids including Tums, Mylanta and Rolaids can give you instant relief. The overconsumption of a few antacids can cause a few side effects like diarrhea or even at times may add the kidney problems.

Several medications help in reducing the acid production, which is known as the H-2-receptor blockers. These include cimetidine and ranitidine (Zantac). These are lower versions, however, the stronger versions of the medications can be found out by prescription.

The doctors also recommend medications, which block the production of acid and thus heal the esophagus. The medications are called proton pump inhibitors, which are regarded as the strong acid blockers as compared to the H-2-receptor blockers and thus help in healing the damaged esophageal tissue to heal. The stronger or the over-the-counter proton pump inhibitors can include omeprazole (Prilosec, Zegerid) and lansoprazole (Prevacid 24HR) and these are available only after a doctor’s prescription.

There are several other ways that can help us fixing the hiatal hernia, which you can try at home. Let’s check them out:

Treating hiatal hernia without getting a surgery has several terms and condition attached. You need to be religiously following the dos and don’ts of the treatment option with great patience as it can take around 5-6 month to resolve. So, if you are able to do these things right you end up curing this ailment. 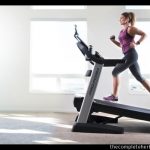 Top 3 Treadmills You Should Consider for Your Home 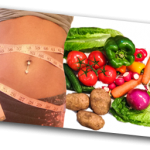 5 Vegan Foods That Can Support Your Weight Loss Program