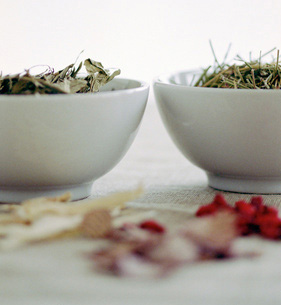 Natural Treatments and Remedies for Endometriosis

Endometriosis is a chronic condition in which the tissue that normally lines the uterus (called the endometrium) starts growing outside the uterus. Most commonly, the growth is in the fallopian tubes, ovaries, or the pelvic lining, but in some cases, it can also spread outside the pelvic area.

According to the Endometriosis Association, endometriosis affects 5 1/2 million women in the USA and Canada, and millions worldwide.

Normal endometrial tissue sheds each month and leaves the body as menstrual blood. Endometrial tissue outside the uterus also grows, sloughs off, and bleeds each month, but it has nowhere to go so it becomes trapped in the body. It can lead to the formation of cysts, scar tissue, and adhesions.

Celery, parsley, and chili peppers are good sources of a class of plant chemicals called flavones. Flavones have been found to inhibit aromatase, an enzyme that can produce excess estrogen in the endometrial tissue of women with endometriosis.

Broccoli, cauliflower, cabbage, kale, Brussels sprouts, and bok choy, contain a hormone-balancing compound that activates liver enzymes and may help the body to break down and eliminate excess estrogen.

An Italian study that looked at data from 504 women with endometriosis found that fresh fruit and green vegetables were associated with a reduction in risk. There was an increased risk with high intake of red meat and ham.

Flaxseeds are high in lignans, a form of fiber found to be beneficial for estrogen-related conditions.

Pesticides and other environmental chemicals have been found to increase aromatase activity and increase estrogen levels. That is why many of them are called endocrine-disrupting chemicals.

Progesterone is believed to slow the growth of abnormal endometrial tissue. Although it is not considered a cure, it may improve symptoms such as pain during menstrual periods and pelvic pain.

Natural progesterone cream is derived from either soy or Mexican wild yam. A molecule called diosgenin is extracted in a lab and converted to a molecule that is exactly like human progesterone and added to back to the cream. Some companies sell wild yam cream, but unless it has been converted in a lab it is useless because the body cannot convert wild yam to progesterone on its own.

Natural progesterone cream is applied to the wrists, inner arms, inner thighs, or upper chest at a dose and schedule that should be recommended by a professional. It is important to be supervised and to have progesterone levels monitored on lab tests because too much progesterone can cause such side effects as mood changes, depression, water retention, weight gain, and absent or abnormal menstrual bleeding.

Omega-3 Fatty Acids – Omega-3 fatty acids are found in fish such as salmon, mackerel, sardines, and anchovies. They are also available in fish oil capsules.

Several studies have found that omega-3 fatty acids may be beneficial for people with endometriosis. For example, an animal study by the University of Western Ontario found that fish oil containing two specific compounds, EPA and DHA, could relieve pain by decreasing levels of an inflammatory chemical called prostaglandin E2. Researchers also found that fish oil could slow the growth of endometrial tissue.

The adrenal glands are glands that sit on top of the kidneys. They secrete cortisol, a hormone involved in the stress response but also converted to other hormones such as progesterone. Prolonged stress can increase the release of cortisol. As a result, less of the raw material is available to make progesterone, which can lead to a deficiency of progesterone relative to estrogen.

Herbs that are believed to improve adrenal function 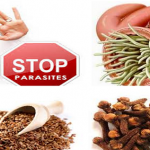 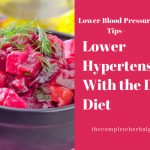