Cancer is an incredibly versatile and hard-to-understand group of diseases. In a short matter of time, it can spread throughout the human body.  This causes damage along the way.

Unfortunately, about half of cancers are not detected until they have already progressed past the early stages of the disease.  This can limit treatment options and lessen the chances of recovery for those experiencing cancer.  The key areas to target are:

Early detection affords more time for effective treatment, while the prevention of growth aims to halt the spread of cancer to other parts of the body. However, mitigation, which is reducing the risks of contracting cancer in the first place may be the most beneficial of the three.

The more aware we are of the risk factors associated with cancer, the better equipped we can be to avoid it altogether.

How Does Cancer Operate?

“Cancer” refers to a group of diseases and comes in many forms. What all cancers have in common, however, is the spread of mutated cells. Overarching characteristics of cancerous mutation include rapid, uncontrollable cell growth and potential DNA errors.

Outside these characteristics, the mutated cells may function normally during the early stages, allowing them to replicate and spread throughout the body with little resistance. Over time, the masses of cancerous cells become large enough to start impacting healthy cells and the tissues, organs, and organ systems they comprise.

Mitigating cancer risk is ideal to reduce the prevalence of cancer, but when it comes to risk factors for cancer, there is no simple solution. For instance, a major risk factor for many cancers is genetic in nature.

Genes, which are inherited from our parents, control cell behavior, and can be responsible for the mutation of cells that leads to cancer. If your family has an extensive history of cancer, it is possible you have a genetic predisposition for mutations, increasing your level of risk.

This is why doctors recommend that people with instances of cancer in their family schedule regular cancer screenings so that if cancer does develop, it can be diagnosed and addressed early on.

Another complicated risk factor that has been of particular interest recently is the downregulation of the Klotho protein. This means that people who have developed cancerous tumors often exhibit decreased amounts of Klotho.

Klotho protein deficiency is a key factor in the aging process, and studies suggest that Klotho therapy could help combat the negative health effects of aging. The link between low levels of Klotho in cancer patients indicates similar possibilities for cancer treatment.

Other factors may be tied to your lifestyle, surroundings, or the present state of your body, including:

Smokers have a heightened risk of developing lung cancer, while smokeless tobacco users may develop mouth and throat cancers.

Studies by the American Cancer Society show that being overweight or obese plays a significant role in about 7% of all cancer deaths.

A person’s age may be the most important risk factor, as the chance of developing cancer increases significantly with each year of age.

Exposure to unsafe chemicals or pollutants in the environment could also trigger cancerous behavior.

Mitigating Risk May Provide Hope for the Future

Although cancer risks are sometimes impossible to avoid, knowledge about common risk factors could help us prevent behaviors that increase the prevalence of major cancers.

In addition, identifying the presence of risk factors like genetic errors and Klotho downregulation could indicate ways to prevent the onset of cancer. While this is still a relatively unfamiliar territory, the potential of Klotho therapy to successfully inhibit the growth and spread of cancerous tumors is certainly worthy of further research. 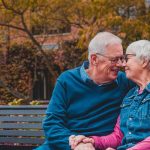 7 Financial Decisions to Invest in Your Long-Term Health 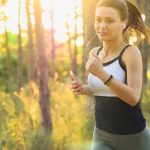 The Cheapest Ways to Make Your Life Healthier