How to Heal and Prevent Lyme Disease 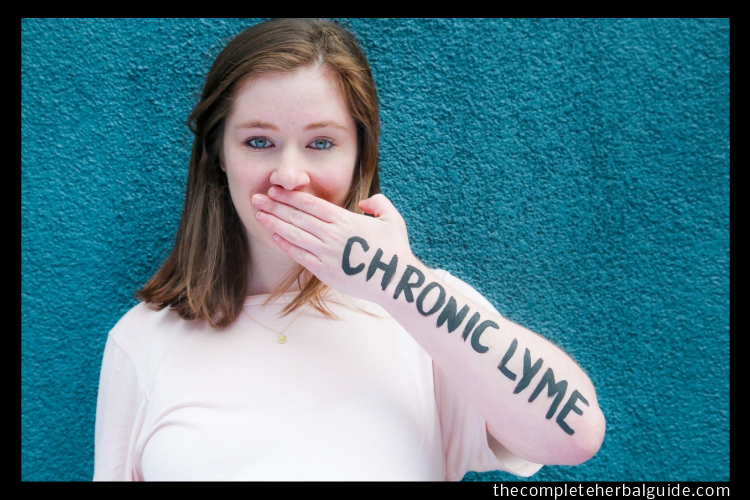 How to Heal and Prevent Lyme Disease

Ticks transmit a great variety of pathogenic microorganisms to humans and animals. The detection of tick-borne pathogens (TBP) is mainly by molecular techniques based on polymerase chain reactions (PCR Master Mix).

What is Lyme Disease?

Lyme disease started in large numbers of children in Lyme, Connecticut.  Many kids were diagnosed with juvenile rheumatoid arthritis. Although children do get arthritis, children in Lyme were developing the joint disease at a rate 100 times greater than normal. Finally, researchers tracked the children’s symptoms not to arthritis, but to a bacterial infection caused by deer ticks. The infection was named Lyme disease.

Since then, Lyme disease has spread across the United States. Although cases have been reported in almost every state, a significant number of cases remain high in three main areas: the Northeast, upper Midwest, and northern California. Lyme disease is also found throughout much of Asia and Europe. Even in common areas, not all deer ticks are infected with the bacteria that cause Lyme disease and only a small percentage of people or pets bitten by a deer tick actually become sick.

Most people treated with antibiotics in the early stages of the disease recover completely, a few may have returning or a persistent symptom long after the infection has cleared. If remained untreated Lyme disease can spread throughout your body.  This can lead to arthritis and other serious health problems.

In the United States, Lyme disease is caused by the bacterium Borrelia burgdorferi, which is carried primarily by deer ticks. The ticks are brown and often no bigger than the head of the pin, which can make them nearly impossible to spot.

Like vampires, ticks thrive on blood, latching onto a host and feeding for four or five days until they are swollen to many times their normal size. During feeding, ticks that carry disease-producing bacteria can transmit the bacteria to a healthy host. Or they may pick up bacteria themselves if the host is infected. In areas where Lyme disease is common, as many as 50 percent of deer ticks may carry Borrelia burgdorferi.

Deer ticks prefer the blood of mice, small birds, and deer, but are not averse to dining on humans, cats, dogs, and horses. They live in low bushes and tall grasses of wooded areas, waiting for warm-blooded animals to pass by and are most active in the spring, summer, and fall.

To contract Lyme disease, an infected deer tick must bite you. The bacteria enter your skin through the bite and eventually make their way into your bloodstream. However, because the bacteria are not transmitted for about 48 hours after the bite, removing the tick as soon as possible can help prevent infection.

Where you live or vacation can affect your chances of getting Lyme disease. So can your profession and the type of outdoor activities you enjoy. The most common risk factors for

In the United States, deer ticks are most prevalent in Massachusetts, Connecticut, Rhode Island, New York, New Jersey, Minnesota, Wisconsin, and California. All have heavily wooded areas where deer ticks thrive. In these regions, children who spend a lot of time outdoors are especially at risk. So are people with outdoor occupations and those who live where mice are common. Deer ticks feed on mice, which are a prime reservoir for Lyme disease bacteria.

Ticks attach easily to bare flesh. If you are in an area where ticks are common, protect yourself and your children by wearing long sleeves and long pants. Do not allow your pets to wander in tall weeds and grasses.

Not removing ticks promptly or properly

Bacteria from a tick bite can enter your bloodstream only if the tick stays attached to your skin for 48 hours or longer. If you remove a tick within two days, your risk of acquiring Lyme disease is low.  It is at about 1 percent.

Lyme disease can be difficult to diagnose. Its variable signs and symptoms mimic other conditions, including viral infections, various joint disorders, muscle pain (fibromyalgia) and chronic fatigue syndrome. What’s more, the ticks that transmit Lyme disease can spread other, similar diseases at the same time.

If you do not have the characteristic Lyme disease rash, your doctor will ask detailed questions about your medical history and do a physical exam. Lab tests to identify antibodies to the bacteria may be used to help confirm the diagnosis. These tests are most reliable a few weeks after infection because it takes your body some time to develop antibodies. Even then, however, the tests are not foolproof. They include:

The test used most often to check for Lyme disease, ELISA detects antibodies to B. burgdorferi. However, because it can sometimes provide false-positive results, it is not used as the sole basis for diagnosis.

If the ELISA test is positive, another test — the Western blot — is usually done to confirm the diagnosis. The Western blot detects antibodies to several proteins of B. burgdorferi.

This test helps detect bacterial DNA in fluid drawn from an infected joint. It is used for people who may have chronic Lyme arthritis. It may also be used to detect persistent infection in the cerebrospinal fluid of people who have nervous system symptoms.

Left untreated, Lyme disease can cause:

Late-stage symptoms may include:

Here are some effective ways on how to heal and prevent Lyme Disease naturally:

Oral antibiotics usually doxycycline for adults and children older than eight, or amoxicillin or cefuroxime axetil for adults and younger children — are the standard treatment for early-stage Lyme disease. These drugs often clear the infection and prevent complications. A 14- to 21-day course of antibiotics is usually recommended, but some studies suggest that courses lasting 10 to 14 days are equally effective. In some cases, longer Treatment has been linked to serious complications.

If the disease has progressed, your doctor may recommend treatment with an intravenous antibiotic for 14 to 28 days. This is usually effective, although it may take some time to recover. Intravenous antibiotics can cause various side effects, including a lower white blood cell count, gallstones and mild to severe diarrhea.

The Food and Drug Administration (FDA) warns consumers and health care providers to avoid bismacine, an injectable compound prescribed by some alternative medicine practitioners to treat Lyme disease. Bismacine, also known as chromacine, contains high levels of the metal bismuth. Although bismuth is safely used in some oral medications for stomach ulcers, it is not approved for use in injectable form or as a treatment for Lyme disease. Bismacine can cause bismuth poisoning, which may lead to heart and kidney failure.

In March 2005, one person was hospitalized after receiving a bismacine treatment, according to the FDA. In April 2006, another person died because of treatment with bismacine.

You can decrease your risk of contracting Lyme disease with some simple precautions:

When walking in wooded or grassy areas, wear shoes, long pants tucked into your socks, a long-sleeved shirt, a hat, and gloves. Try to stick to trails and avoid walking through low bushes and long grass. Keep your dog on a leash.

Apply an insect repellent with a 10 percent to 30 percent concentration of DEET to your skin and clothing. Choose the concentration based on the hours of protection you need.  About 10 percent concentration is effective for about two hours, while higher concentrations last longer. Keep in mind that chemical repellents can be toxic, and use only the amount needed for the time you will be outdoors. Do not use DEET on the hands of young children or on infants younger than age 2 months. According to the Centers for Disease Control and Prevention, oil of lemon eucalyptus, a more natural product, offers the same protection as DEET when used in similar concentrations. Other natural repellents, such as citronella and oil of geranium, also offer some protection.

Do your best to tick-proof your yard

Check yourself, your children and your pets for ticks

Be especially vigilant after spending time in wooded or grassy areas. Deer ticks are often no bigger than the head of a pin, so you may not discover them unless you search carefully. It is helpful to shower as soon as you come indoors. Ticks often remain on your skin for hours before attaching themselves.

Do not guess you are immune

Even if you have had Lyme disease before, you can get it again.

Remove a tick with tweezers

Gently grasp the tick near its head or mouth. Do not squeeze or crush the tick, but pull carefully and steadily. Once you have removed the entire tick, apply antiseptic to the bite area. 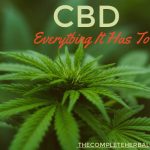 Pure Green Living: Everything It Has to Offer 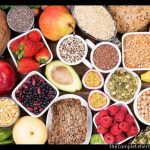 How Eating Fiber Can Help You Lose Weight