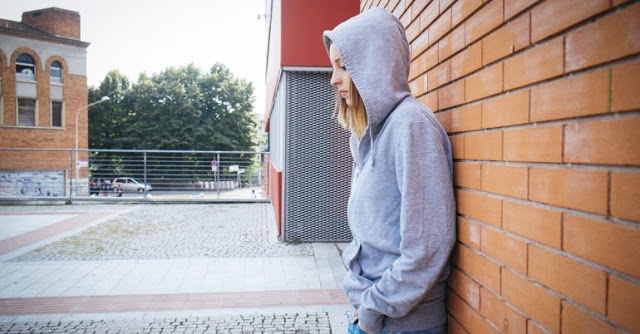 Most people with depression do not seek treatment, although the majority can be helped by a combination of medication, therapy, and natural remedies.

The first step is to talk to your doctor. Depression is a serious illness that should not be self-treated. Depression can also be a symptom of another condition, such as hypothyroidism or anemia. If you are currently taking medication for depression, do not stop without consulting your doctor.  Here are some effective natural remedies to combat depression.

It is available at health food stores, drug stores, and online in the form of capsules, tablets, liquid extracts, or tea.

St. John’s wort may take 4 to 6 weeks to notice the full effects. Side effects may include dizziness, dry mouth, indigestion, and fatigue. St. John’s Wort increases photosensitivity, so extra caution should be taken to protect skin and eyes from sunlight.

Although St. John’s Wort appears to be reasonably safe when taken alone, it can interfere with the effectiveness of prescription and over-the-counter drugs, such as antidepressants, drugs to treat HIV infections and AIDs, drugs to prevent organ rejection for transplant patients, and oral contraceptives.

St. John’s wort is not recommended for pregnant or nursing women, children, or people with bipolar disorder, liver, or kidney disease.

In countries with higher fish consumption, such as Japan and Taiwan, the depression rate is 10 times lower than in North American. Postpartum depression is also less common. Studies suggest that omega-3’s together with antidepressants may be more effective than antidepressants alone.

Many companies filter their fish oil so that these chemicals are removed. Fish oil capsules are sold in health food stores, drug stores, and online. Most brands should be stored in the fridge to prevent the oil from going rancid.

When comparing brands, the key active components for depression are EPA and DHA. Fish oil capsules may interact with blood-thinning drugs such as warfarin and aspirin. Side effects may include indigestion and bleeding. Fish oil should not be taken 2 weeks before or after surgery. Fish oil can also cause a fishy aftertaste. To prevent this, try taking the fish oil just before meals.

SAM-e, pronounced “sammy”, is short for S-adenosyl-L-methionine. It is a chemical that’s found naturally in the human body and is believed to increase levels of neurotransmitters serotonin and dopamine. Several studies have found SAM-e is more effective than placebo.

In North America, SAM-e is available as an over-the-counter supplement in health food stores, drug stores, and online. It should be enteric-coated for maximum absorption. Although it is one of the more expensive supplements, it remains popular as a remedy for depression and osteoarthritis. Side effects can include nausea and constipation.

Folic acid, also called folate, is a B vitamin that is often deficient in people who are depressed. Folate is found in green leafy vegetables, other vegetables, fruit, beans, and fortified grains.

It is one of the most common vitamin deficiencies because of poor diet but also because chronic conditions and various medications such as aspirin and birth control pills can also lead to deficiency. Besides food, folic acid is also available as a supplement or as part of a B-complex vitamin.

Research: Researchers at Harvard University have found that depressed people with low folate levels do not respond as well to antidepressants, and taking folic acid in supplement form can improve the effectiveness of antidepressants.

Low folate and vitamin B12 linked to depression

5-HTP is short for 5-hydroxytryptophan. It’s produced naturally in the body and is used to make the neurotransmitter serotonin. Although taking 5-HTP in supplement form may theoretically boost the body’s serotonin levels, many experts feel there is not enough evidence to determine the safety of 5-HTP. It should not be combined with antidepressants.

Reduce your intake of sweets

Sweets temporarily make you feel good as blood sugar levels soar, but may worsen mood later on when they plummet.

Caffeine and alcohol both dampen the mood. Alcohol temporarily relaxes us and caffeine boost energy, but the effects of both are short-lived. Both can worsen mood swings, anxiety, depression, and insomnia.

Vitamin B6 is needed to produce the mood-enhancing neurotransmitters serotonin and dopamine. Although deficiency of vitamin B6 is rare, a borderline deficiency may occur in people taking oral contraceptives, hormone replacement therapy, and drugs for tuberculosis.

Magnesium most people do not get enough magnesium in their diets. Good sources of magnesium are legumes, nuts, whole grains, and green vegetables. Like vitamin B6, magnesium is needed for serotonin production. Stress depletes magnesium.

Regular exercise is one of the most effective and inexpensive ways to improve mood. Exercise, particularly aerobic exercise, releases mood-elevating chemicals in the brain and can decrease stress hormones. One of the best options to bust the blues is taking a brisk walk outside each morning for at least 30 minutes 5 days a week. But what’s important is that you choose something you enjoy and will stick with, whether it’s going to the gym, signing up for dance classes, playing tennis, or gardening.

Getting enough sunlight has been shown to be effective for seasonal mood changes that happen in the darker winter months. Exposure to light in the morning helps the body’s sleep/wake cycle work properly.

The production of serotonin, a brain chemical that is key in influencing our mood, is turned on in the morning upon exposure to light. During the winter when there is less sunlight, serotonin levels can drop, making us feel tired and prone to seasonal affective disorder (SAD).

One of the simplest ways to increase your exposure to light is to walk outdoors in the morning. Just be sure to use sunscreen to protect your skin from ultraviolet light. Another option is to use special lights that simulate natural daylight. Studies have found they are effective.

These lights can be found online. There are different types available, such as lightboxes, visors, and other light therapy products, which are typically used for 20-30 minutes a day. 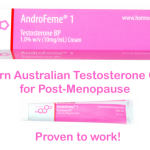 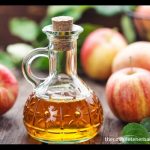 Get Rid of Headaches with Apple Cider Vinegar