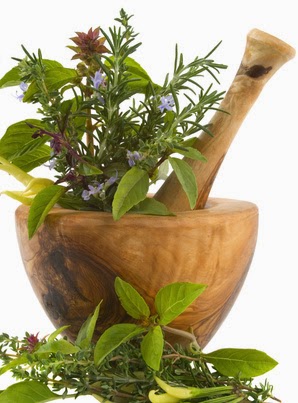 Have you ever wondered whether vitamins and supplements can help treat the symptoms of ADHD?

Over the past few decades, alternative and complementary medicine have grown in popularity. As a result, there is now a wide range of nontraditional approaches to personal health and healing. These various remedies are sometimes used in the place of standard medical approaches.

Oftentimes, though, they are used in addition to standard medical therapy. Some alternative remedies are safe, relatively affordable, and easily accessible. And some may actually create an opportunity for you to participate actively in key decisions about your health. On the other hand, there are other natural or alternative remedies that are unsafe. That’s why it’s important to know what works — and what doesn’t — when it comes to non-standard treatments for conditions like ADHD.

The fact that claims are made that a vitamin or supplement is natural is not a guarantee that it’s safe. It’s important to always discuss any therapy with your doctor before taking it. Read on to discover whether there are vitamins and natural supplements that are safe and effective for treating symptoms of ADHD. Zinc for ADHD SymptomsSome studies suggests that children with ADHD may have lower levels of zinc in their body. And some scientists have reported improved symptoms in children with ADHD who took zinc supplements along with traditional ADHD treatment. Several studies have shown a reduction in hyperactivity and impulsivity with zinc supplementation. The same studies, though, report no change in inattentiveness, which is another key symptom of ADHD.

A 2005 study in the Journal of Child and Adolescent Psychopharmacology, though, did show a correlation between zinc levels and teacher- and parent-rated inattention in children. Foods high in zinc include oysters and other seafood, red meat, poultry, dairy products, beans, nuts, whole grains, and fortified cereals. Fish Oil for ADHD SymptomsThere is some evidence that fish oil can help improve ADHD symptoms. Fish oil contains omega-3 fatty acids. There are some findings that suggest that, in children with ADHD who are 8 to 12 years old, fish oil supplementation may improve mental skills. For instance, it may help improve a child’s ability to organize activities. In one study, a specific supplement of fish oil and evening primrose oil was used. Results showed that it improved hyperactivity, inattentiveness, an inability to think clearly, and overall behavior in children with ADHD who were 7 to 12 years old. Fish high in omega 3 fatty acids include salmon, albacore tuna, herring, mackerel, trout, and sardines.

Vitamins and Minerals for ADHD

The EPA/DHA in fish oil is critical for brain function and are anti-inflammatory. Supplementation has been shown to reduce symptoms and improve learning.

Children with ADHD may need more B-vitamins to help with the formation of serotonin, especially Vitamin B6.

500 mg calcium, 250 mg of magnesium, and 5 mg zinc 2x daily.  All play a role in relaxing the nervous system and a deficiency may exacerbate symptoms.

St. John’s wort is a common herbal supplement. It’s used for treating depression, anxiety, and sleep disorders. This herbal treatment affects brain chemicals, including serotonin, dopamine, and norepinephrine. Recent scientific studies do not support the use of St. John’s wort to treat ADHD. In fact, recent findings conclude that St. John’s wort has no effect on the symptoms of ADHD. One study involved a group of children and adolescents with ADHD ranging in age from 6 to17. Each child and adolescent was given either a placebo or St. John’s wort supplement three times a day for 8 weeks. They were then evaluated for changes in their hyperactivity and inattentiveness. The results showed no difference between the two groups.

(250 mg 2x daily)A calming amino acid, ask your doctor before taking GABA as it can interact with other medications.

Rhodiola Rosea has been proven effective at improving the focus of both adults and children. It works by increasing the sensitivity of the neurological and nervous system that produce serotonin and dopamine, which are both essential for effective ADHD symptom control.

Due to the toxic nature of food additives, it is best to eat unprocessed, whole foods. Additives including artificial sweeteners, preservatives, and colorings may be especially problematic for those with ADD/ADHD.

B vitamins help maintain a healthy nervous system. Make sure to include organic wild animal products and lots of green leafy vegetables in your diet. According to the University of Maryland Medical Center, Vitamin B-6 is needed for the body to make and use essential brain chemicals including serotonin, dopamine, and norepinephrine. In fact, one preliminary study has found that B-6 is slightly more effective than Ritalin in improving behavior! Incorporate wild tuna, bananas, wild salmon, grass-fed beef, and other foods rich in Vitamin B-6 for the improvement of ADHD.

Tryptophan is an essential amino acid that helps the body to synthesize proteins and aid in the production of serotonin. Serotonin plays significant roles in sleep, inflammation, emotional moods, and much more. In many individuals suffering from ADD/ADHD, imbalances in serotonin levels have been indicated according to the University of Michigan Health System. Serotonin is related to impulse control, and aggression, two of the symptoms of ADD/ADHD.

For some people, and especially those with ADHD, breakfast helps the body properly regulate blood sugar and stabilize hormone fluctuations. Eat a breakfast that contains at least 20 grams of protein.

Not only are they rich in Vitamin B-6, but they are also packed with Omega 3 fatty acids. According to the University of Maryland Medical Center, a clinical trial indicated that lower levels of Omega-3 fatty acids had more learning and behavioral problems (like those associated with ADHD) than boys with normal levels of Omega 3s. Individuals, including children, should consume wild salmon or tuna at least twice per week.

There is some preliminary evidence that some natural supplements may benefit people with ADHD. For example, in one study, a combination of American ginseng and Ginkgo leaf improved ADHD symptoms in children ages 3 to 17. But researchers concluded that more scientific studies are needed to confirm this finding. Some research also shows that the natural hormone melatonin may offer some benefit for children with ADHD who take stimulant medications. Researchers noted that it improved sleep problems in these children. Melatonin, though, has not been found effective in decreasing ADHD symptoms. Natural supplements such as GABA and inositol are sometimes used to treat ADHD and ease mood symptoms.

Neither one of these natural products is proven to be effective, though. Also, there is still insufficient evidence about the safety of either product. Can Nutritional Supplements Help with ADHD by Filling Dietary Gaps? Some proponents of nutritional supplements believe that ADHD symptoms occur because of a lack in the diet. They also believe that supplements are needed to fill that dietary gap. For instance, there are some studies on using iron supplements to treat ADHD. Findings from these studies suggest that children with ADHD may have iron deficiencies.

The hypothesis is that supplementing with iron may improve ADHD symptoms. It’s important, though, to use caution when giving your child any supplement. Taking too much iron, for instance, can be toxic — even deadly. It’s important to check with your child’s doctor if you believe your child may be iron deficient. In addition, always talk to your doctor before using any natural supplements. That includes megadoses of vitamins or minerals. That’s because there’s always a chance of toxicity or of interaction with medication. 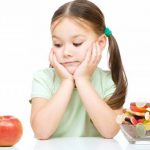 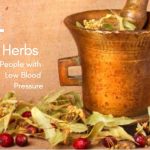 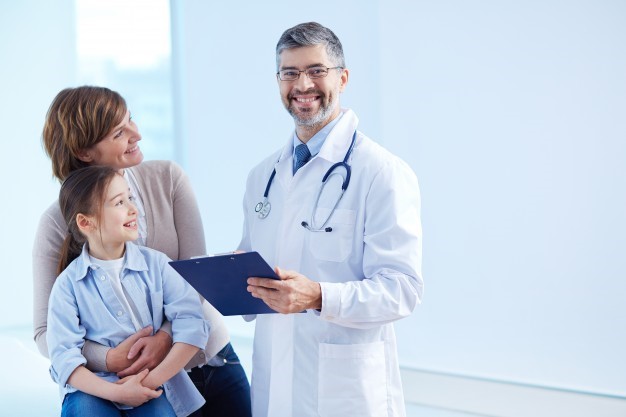 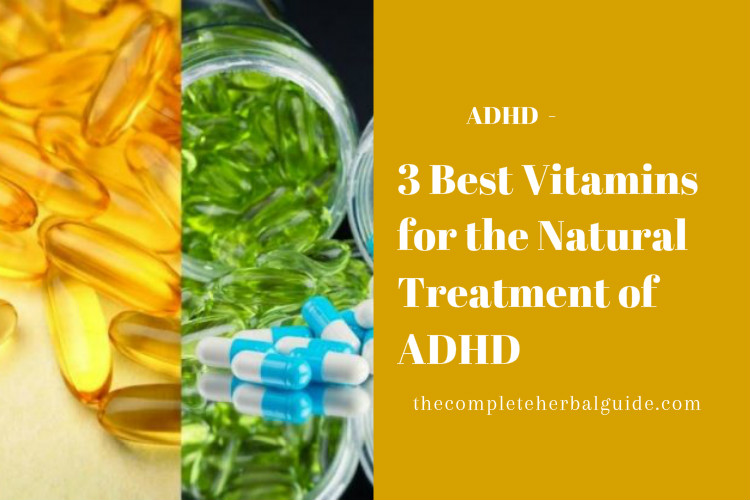 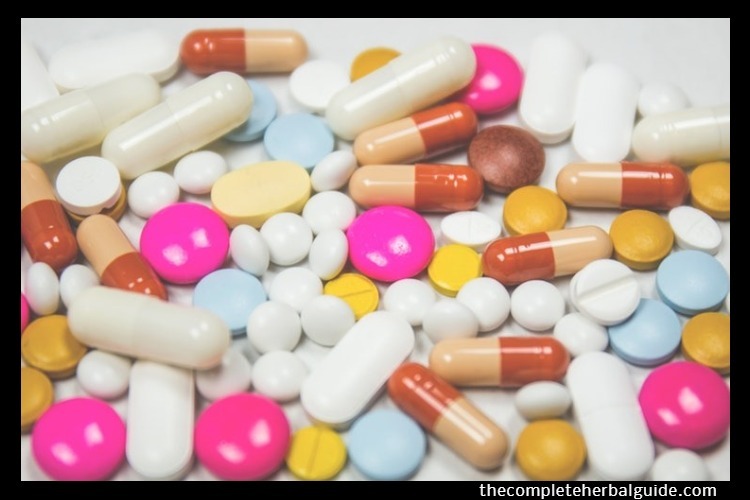