Massage As Medicine (The holistic way to fight chronic pain) 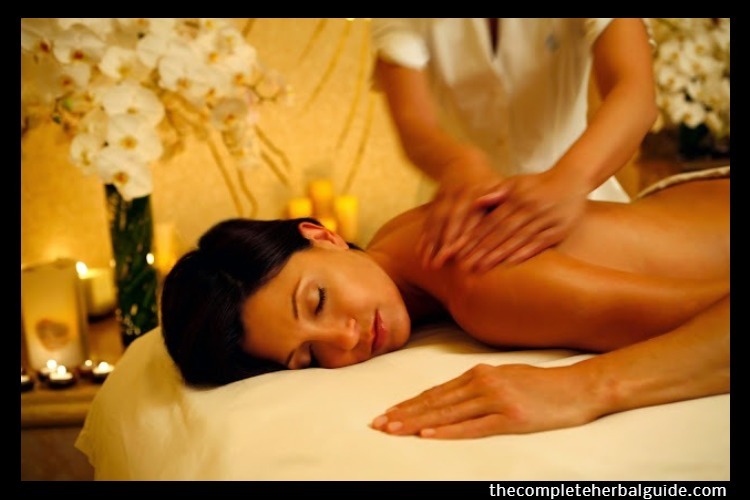 Massage As Medicine (The holistic way to fight chronic pain)

For more than a decade, Bill Cook has gotten a weekly massage. He isn’t a professional athlete. He didn’t receive a lifetime gift certificate to a spa.

Nor is the procedure a mere indulgence, he says – it’s medicinal.

In 2002, Cook – a 58-year-old resident of Hudson, Wisconsin, who once worked in marketing – was diagnosed with a rare illness. He had cardiac sarcoidosis, a condition in which clusters of white blood cells coagulate together and react against a foreign substance in the body, scarring the heart in the process. The disease damaged his heart so badly it went into failure. The doctors said there was nothing they could do, and Cook’s name was put on an organ transplant waiting list.

The wait stretched on for more than a decade. “I probably had the heart capacity of an 80-year-old,” recalls Cook, who was given medication and a pacemaker yet still struggled daily with his sickness. “It wasn’t pushing the blood out to my extremities because it was so weak. It got worse and worse, and I started to look for anything I could find to help my circulation.”

Cook’s cardiologist suggested he try massage therapy. Though he was initially skeptical, Cook – whose son is a physician – says his doubts vanished after several appointments.

“It really helped the circulation to my fingers, toes, and legs,” he says. “I kept with it because I saw some pretty significant benefits.” Today, Cook credits the therapy– along with stress reduction and a healthy diet – with allowing him to stay healthy and physically active until he finally received his new heart in 2013.

Studies suggest Cook’s cardiologist was onto something – massage does indeed enhance blood flow and improve general circulation. And experts agree it yields additional benefits, too, ranging from the mental to the physical.

Once viewed as a luxury, massage is increasingly recognized as an alternative medical treatment. According to a recent consumer survey sponsored by the American Massage Therapy Association, 77 percent of respondents said their primary reason for receiving a massage in the past year was medical or stress-related. Perhaps it’s not surprising, then, that medical centers nationwide now offer massage as a form of patient treatment. The American Hospital Association recently surveyed 1,007 hospitals about their use of complementary and alternative medicine therapies, and more than 80 percent said they offered massage therapy. Upwards of 70 percent said they used massage for pain management and relief.

“The medical community is more accepting of this therapy than ever before,” says Jerrilyn Cambron, board president of the Massage Therapy Foundation. “Many massage therapists now have active, fruitful relationships with conventional care providers.”

Should you integrate this therapy into your wellness routine? Consider the practice’s advantages, along with advice on how to make the most out of your appointment:

There are myriad massage techniques, as well as ways to receive it. Sometimes the massage therapist’s touch will be deep; other times, light. You may keep your clothes on and sit in a chair, or lay unclothed on a table underneath a sheet. The massage could last for a few minutes or an hour. Occasionally it’ll be a full body; other times the therapist will focus on an isolated muscle group.

However, all massages boil down to the same thing: the therapeutic manipulation of the body’s soft tissues using a series of pressured movements. therapist uses his or her hands, elbows, fingers, knees or forearms to administer touches ranging from light strokes to deep kneading motions. Occasionally, therapists will also use a massage device.

Most people agree massage feels good. But does science support the notion that it’s good for you?

“We do not yet have a complete understanding of what happens physiologically during massage or why it works,” Cambron says. But a recent study published in the journal Science Translational Medicine suggests massage reduces the body’s production of cytokines – proteins that contribute to inflammation. This therapy was also shown to stimulate mitochondria, the energy-producing units in cells that aid in cell function and repair.

Plus, massage is thought to reduce cortisol levels and regulate the body’s sympathetic nervous system – both of which go haywire when you’re stressed, says Lisa Corbin, an associate professor at University of Colorado School of Medicine’s Division of General Internal Medicine.

Who Does It Help?

A 2011 study published in the Annals of Internal Medicine reports that this therapy is a beneficial treatment for chronic back pain. Sure enough, Becky Phelan, a licensed therapist who lives in Taunton, Massachusetts, says most patients visit her for “some vague, chronic pain in the neck, shoulders and lower back.” The soreness is typically caused by various lifestyle factors – desk posture at work, sleeping positions and seemingly minor things, such as wearing heels or carrying a heavy pocketbook or wallet.

But many people are seeking relief from a more serious condition, says Winona Bontrager, a licensed massage therapist who runs the Lancaster School of Massage in Lancaster, Pennsylvania. Some have cancer; studies have shown massage helps lessen these patients’ pain and fatigue while elevating mood. Many of Bontrager’a clients struggle with anxiety and depression, which researchers have noted can be reduced through this therapy. And she also sees clients with disorders and diseases as diverse as fibromyalgia, temporomandibular joint and muscle disorders (commonly called “TMJ”) and irritable bowel syndrome. They, too, find relief through this therapy.

Corbin says anyone can get a massage, regardless of age or physical health. Those with chronic medical conditions, however, need to avoid the corner spa and seek out someone who specializes in medical massage. They’ll also need to give the therapist a health history so he or she can adapt techniques and touch to their needs.

Cook has seen the same massage therapist for years. “Find somebody who has really good experience – they’re certified, they’re licensed, they’ve been in the business a long time and they get referrals,” he says. “Like anything else, there are good therapists, and there are bad ones.”

Most states have different regulations for therapists, which sometimes makes it tricky to decipher their credentials. Some offer licenses, while others require registration or a certification. Bontranger recommends prospective clients visit the American Massage Therapy Association’s website, where they can search for a qualified therapist based on training, expertise, and location.

And Corbin suggests patients with cancer or other serious illnesses seek out a licensed therapist who focuses on medical massage and works in a hospital setting.

What Type of Massage Should I Request?

Thanks to the dizzying array of options offered at spas, many people go into their first appointments confused about which type to get, Corbin says. “People are always asking, ‘Should I get a deep tissue? Should I get a Swedish? I think the important thing – especially when you’re talking about medical massage, or massage for health benefits – is to go to a therapist who can adjust the technique based on what you need.”

Don’t stress about whether you’re getting a Swedish or a shiatsu massage. Instead, focus on finding a good provider. He or she will be able to combine different types of pressure, ranging from light to hard, and focus on your problem areas. 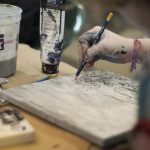 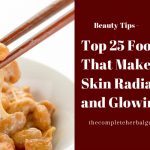 Top 25 Foods That Make Your Skin Radiant and Glowing 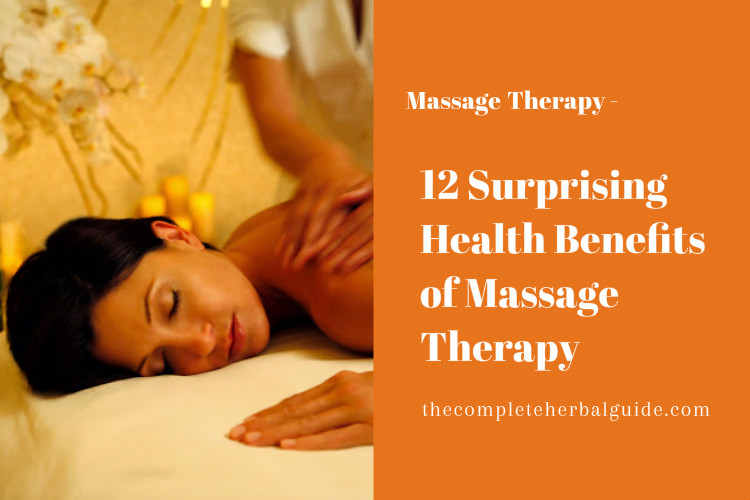 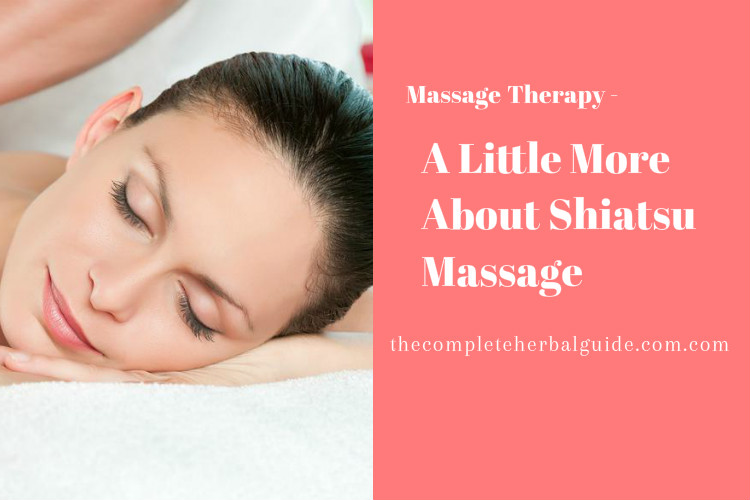 A Little More About Shiatsu Massage 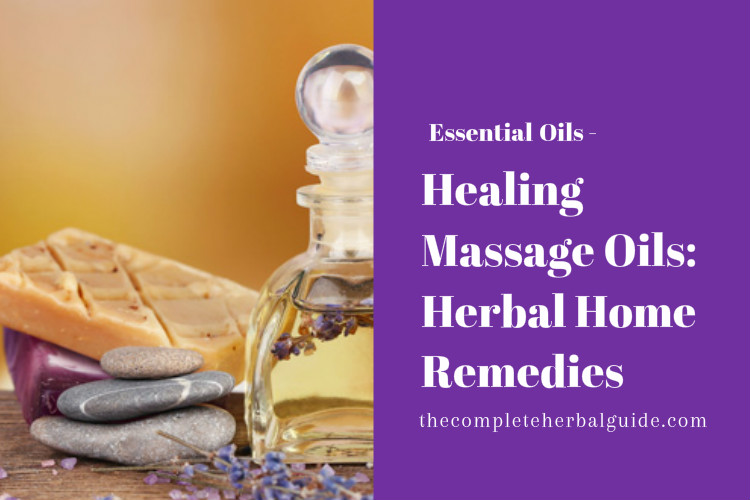